You are here: Home / Renosterveld News / Conservation Toolkit: What is an Easement?

The Renosterveld vegetation of South Africa’s Overberg region is one of the most biodiverse habitats on earth. It is also one of the most threatened, with just 5% remaining after the majority has been ploughed up for agriculture. A network of mostly relatively small patches survive within a matrix of agricultural land, farmed with monocultures of wheat, barley, canola and pasture crops for livestock such as lucerne. These small Renosterveld fragments and the flora and fauna that call this environment home live on the edge, facing a plethora of threats from overgrazing to chemical drift. Most Renosterveld in the Overberg is on private agricultural land and that which remains is far below the minimum threshold for conservation of the vegetation type in line with international conservation legislation. Therefore all Renosterveld which remains is important for conservation.

So how do we go about ensuring that the imperilled Renosterveld of the Overberg is conserved?

How do we create protected areas on private land within working landscapes to ensure the Renosterveld that remains is conserved in perpetuity? South Africa has been at the forefront globally in developing mechanisms whereby private land of conservation value can be signed into conservation. However, limited capacity and resources have meant that need has outstripped supply for these initiatives. What now? Enter the Overberg Renosterveld Conservation Trust’s (ORCT) Conservation Easement programme, undertaken with the support of the Table Mountain Fund and WWF South Africa. 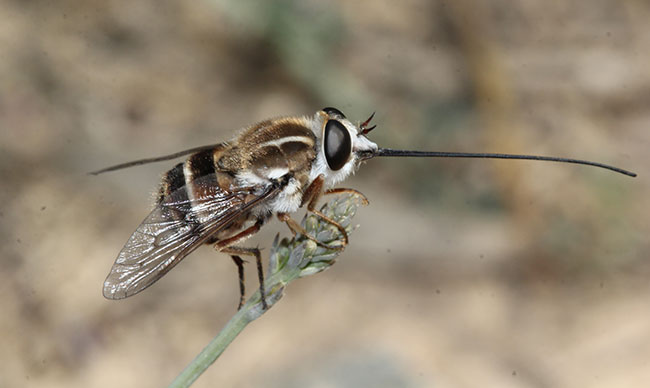 So what is a conservation easement? Essentially it equates to a conservation servitude, registered over the whole property in favour of a particular NGO.

This is a new concept, originally from America, that the ORCT is pioneering in the Overberg. The easement ‘runs with the land’, meaning that the agreement is applicable for both present and future landowners. It is written into the title deeds of the farm and requires only the landowner’s consent (all Trustees or Directors in the case of a Trust or company) and approval from the bondholder (should there be a mortgage over the property).

Before the legal documentation has been drawn up and the easement has been signed, a management plan is drawn up by the ORCT in partnership with the landowner(s). Once the landowner(s) is happy with the Management Plan and has signed off on the document, the actual easement (servitude) is signed and registered at the Deed’s office. After this, the ORCT assists the landowner with implementing the priority management interventions as per the management plan. This is then implemented with incentive funding attached to the conservation easement. 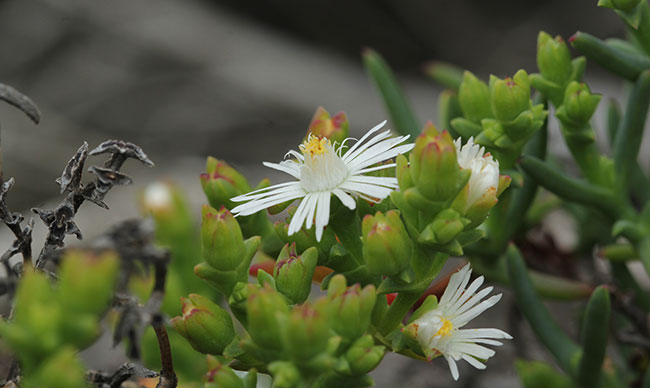 Each year, a review of the Annual Plan of Operations (APO) associated with the management plan is undertaken, again together with the landowner, and a new APO is drawn up for the following year.

The first pilot conservation easements were signed on Klipfontein (owned by MG Lötter), comprising 360 ha of Western Rûens Shale Renosterveld and Kykoedie (owned by Joshua Human), comprising 206 ha of Central Rûens Shale Renosterveld. These forward-thinking and conservation-minded farmers have been working closely with the ORCT since its inception. MG learnt about the work of the ORCT when our Director presented to some farmers at a conservation farming workshop. He immediately wanted to learn more, particularly about how to manage and restore Renosterveld. MG says today that in the past he saw Renosterveld as something to be utilised for livestock – today he is so aware of the damage that livestock can do that he is uncertain he will ever use his Renosterveld for extensive grazing again. 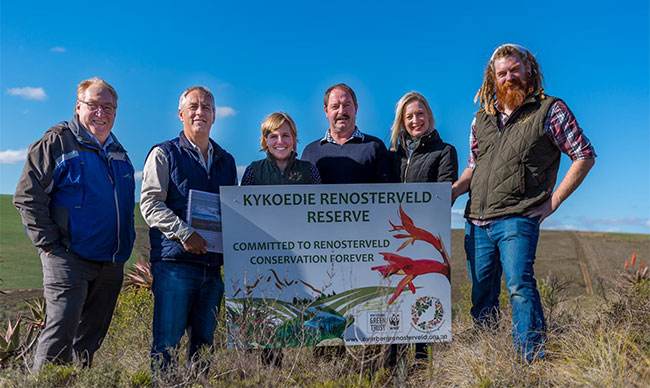 After Joshua first learnt about the work of the Trust (also through a presentation given at a farmer’s meeting), he got in touch as he wanted to share his veld with us and learn more about how he should best manage it.

Botanical surveys undertaken in Renosterveld on Kykoedie have uncovered some incredible finds, including a previously unrecorded population of the Endangered Gladiolus vandermerwei. As part of the conservation easement agreement the ORCT provides management support to landowners, including conducting an ecological burn of the main Renosterveld area on Kykoedie. Several postgraduate students have also conducted research in the Renosterveld here as part of the ORCT’s research programme.