The ORCT is focused on conserving Renosterveld remnants, through working with landowners across the Overberg Rûens. However with so little Renosterveld remaining, securing only isolated islands of remnant Renosterveld is not likely to ensure that ecosystem functioning and integrity is maintained across this severely transformed landscape. Watercourses (perennial or annual streams, rivers and seepage areas) are the obvious linkages or ‘corridors’ between these remnants and may be considered the ‘life blood’ of this region.

Unlike transformed virgin Renosterveld, degraded watercourses have high restoration potential, making these streams and rivers an obvious target for achieving primary conservation objectives in this area. The integrity of these watercourses, which are in fact ecological corridors, is essential for soil health, water quality and the movement of pollinators and other wildlife.

Currently, many watercourses in the wheat-belt are poorly managed; with erosion, salinization and invasive alien weeds being some of the most notable effects of mismanagement. As a result, landowners asked for advice and assistance with practical management: we believe that by assisting these farmers through providing expertise and hands-on management, we could pave the way for enabling more positive attitudes towards ecosystem management in this very fragile system. Thus, by creating awareness around the importance of healthy ecosystems, and by extending a ‘helping hand’ to landowners, through assistance with watercourse restoration and management, we could further build our relationships with landowners and in some cases, establish the foundation on which to negotiate for Conservation Easements.

Therefore, the Watercourse Restoration Project, which officially ended in 2019, centred on undertaking extension work with landowners to:
i) create awareness on the importance of watercourse management,
ii) undertake site visits on priority sites and sites with willing landowners in order to make assessments of current watercourse- and veld condition and to provide feedback and advice on how to go about improving the management of these habitat,
iii) ensure landowner buy-in to the project through signing either a conservation Easement or an MOU (both linked to a management plan) and
iv) assist with implementation of crucial management interventions at priority sites.

The Watercourse Restoration Project was funded by the WWF Nedbank Green Trust. 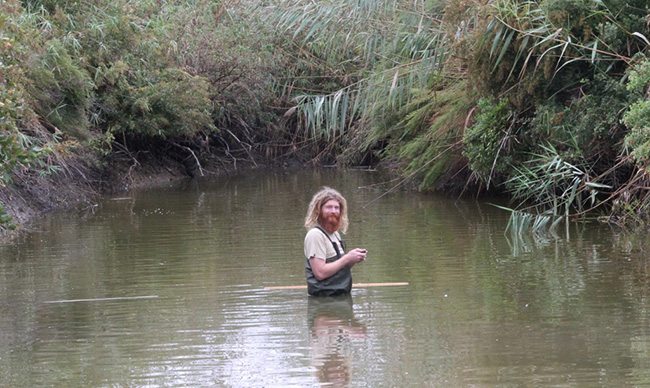 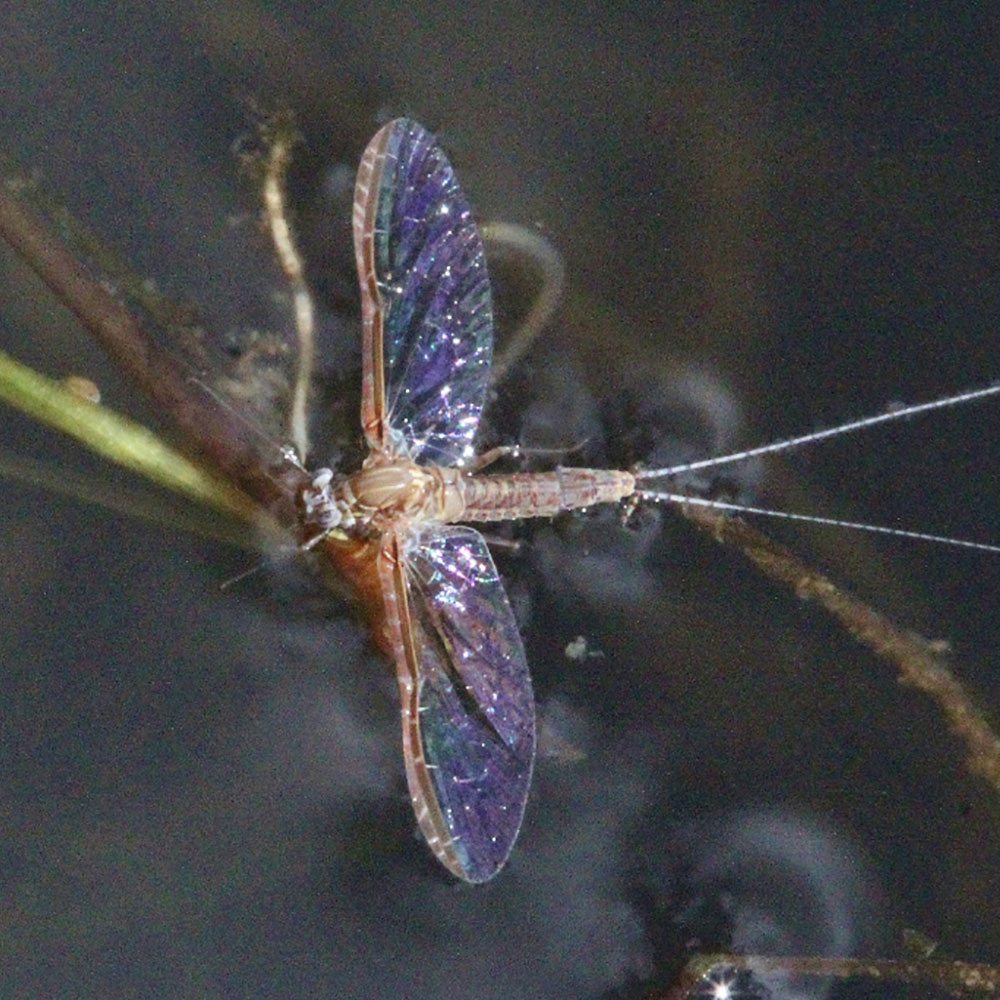 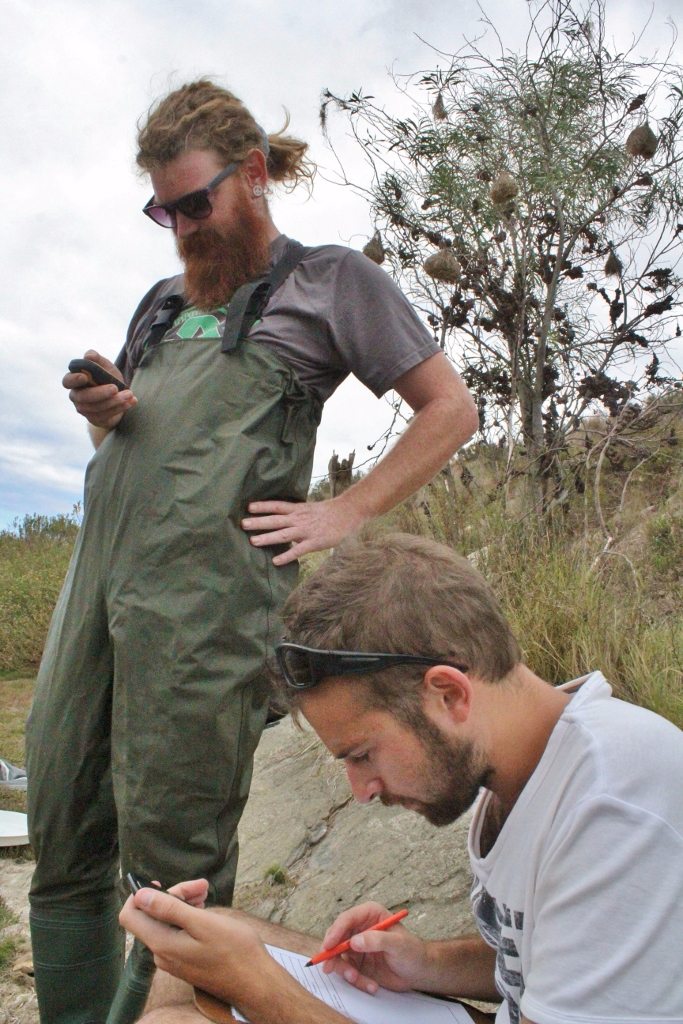 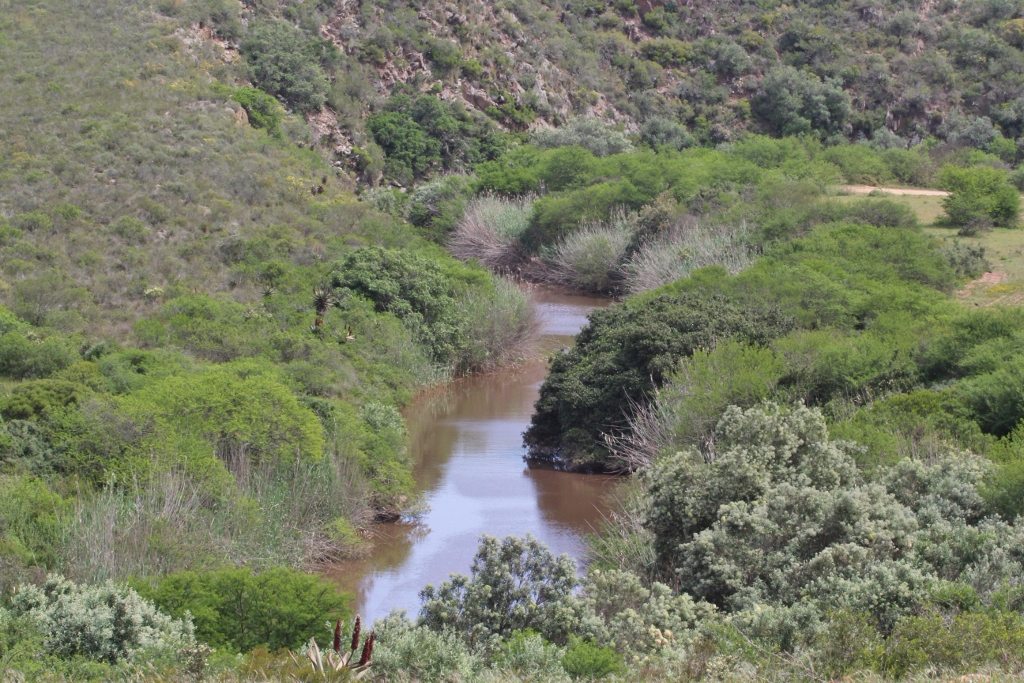 Update on the Watercourse Restoration Project
The following is an excerpt from an article that appeared in BUSINESS DAY, written by Heather Dugmore:

Restoring the lost jewel of the Western Cape

A portrait of the Western Cape 300 years ago would show rolling expanses of a vegetation type with an extraordinary diversity of bulb species called Renosterveld, being grazed by large numbers of big game, including the extinct bluebuck, quagga, as well as the eland and black rhino, hence its name. The large numbers of game have gone and the Renosterveld is down to 5% of its original expanse, with less than 50 remaining fragments in the Overberg that are over 100ha and even fewer of this size in the Swartberg. An emergency response is required to prevent the extinction of this jewel in the Cape Floristic Region: the smallest and richest plant kingdom on earth.

The emergency response starts with restoring the watercourses that link and feed these fragments, which are the only source of intact biodiversity in the region’s farming landscape. This is what the WWF Nedbank Green Trust is funding through a three-year project that started in September 2015, titled ‘Watercourse restoration in critically endangered Renosterveld’

Dr Curtis and her team have now identified ecological corridors in the form of streams, rivers and seepage areas that link the disparate patches of Renosterveld between farms in the Overberg Rûens (wheat belt). These watercourses are the lifeblood of this habitat and the health of the entire region, but many of the watercourses are in a badly degraded state. Numerous rivers, streams and wetlands have been invaded by alien invasive vegetation, with advanced soil erosion and water pollution or destruction by ploughing. Restoring these watercourses and assisting landowners in managing them, paves the way for water conservation, ecosystem restoration and better land management in this fragile system,’ explains Dr Curtis. ‘Partnering with farmers and landowners is the only way in which we can restore the health of the watercourses and this unique habitat from an otherwise inevitable extinction. What is so encouraging is how many farmers are interested and on board, and have come to us for advice and help since the project started in September 2015.’

Part of the success of this project is the manner in which the project manager on the ground, Keir Lynch, engages with farmers and landowners. Formerly the stewardship extension officer at CapeNature, he has experience and expertise in developing strong, mutually beneficial partnerships with landowners to conserve and expand critical biodiversity areas.

We are currently working with about 50 farmers who are invited to sign a conservation easement or memorandum of understanding with the Overberg Renosterveld Conservation Trust,’ says Lynch. ‘This is a conservation servitude on their title deed or a written commitment to manage the watercourses and Renosterveld habitat on their land according to the conservation and biodiversity management plan.’
The project team has mapped the Renosterveld fragments they will be targeting, and has started intensive alien vegetation and watercourse restoration in these areas, including:

-Two tributaries on the eastern side of the Breede River – the Dipka and Doring Rivers – between Heidelberg and Swellendam;

-The Ouka River (also known as the Freek Botha River), which is significantly eroded. This is a typical Renosterveld seepage stream that flows into the Riviersonderend River between Riviersonderend and Swellendam. An endemic member of the legume family found only on this watercourse is Polhillia brevicalyx;

-The Hansjes River near Napier, which has major erosion dongas, requiring interventions such as silt trapping and gabions;Parts of the Sout River that crosses the Overberg and feeds the De Hoop Vlei Ramsar Site near Bredasdorp where, at the headwaters of the Sout River on

-The half-way point of the Sout River on Kykoedie Farm, between Bredasdorp and Riviersonderend, where intervention is required to deal with the erosion of the river banks;

We applaud the farmers who are partnering us in this initiative,’ says Dr Curtis. ‘Through this initiative many farm-ers have stopped ploughing up the Renosterveld remnants and watercourses, and there is encouraging commitment to biodiversity conservation to improve the health and supply of water to this region. An exciting recent project find has been the discovery of two indigenous fish species – the Cape Kurper (Sanelia capensis) and Burchell’s Redfin (Pseudobarbus burchelli) in the Hansjes River near the village of Napier. It was previously thought that Red-fins do not occur in the Renosterveld system.‘We will continue to sample the river systems throughout the project area to determine the distribution of species across the river systems in the Renosterveld,’ says Dr Curtis. ‘These are fantastic finds in addition to the incredible plant and animal species already recorded in this area.’

‘We will continue to sample the river systems throughout the project area to determine the distribution of species across the river systems in the Renosterveld,’ says Dr Curtis. ‘These are fantastic finds in addition to the incredible plant and animal species already recorded in this area.’

How can one link two critically endangered Renosterveld patches that are kilometres apart? Through watercourses – the small, non-perennial rivers and streams that criss-cross the Overberg.

One of the areas which the ORCT has targeted as important for further biodiversity monitoring has been the Dipka-Doring River catchment in the eastern Overberg. This river system is also one of the Table Mountain Fund’s Climate Corridors...

The Watercourse Restoration Project has focused on soil erosion control along river systems to prevent the further impact of erosion caused by increased runoff on transformed lands.