You are here: Home / Renosterveld News / A little bit of history for the ORCT

We’ve teamed up with landowner, Joshua Human, on the farm Kydoedie. Joshua is passionate about protecting his Renosterveld patches. And so decided to make his commitment to conservation formal, through an easement.

The first such easement in Renosterveld was signed in February, in an innovative partnership between the ORCT, WWF-South Africa and another landowner, MG Lötter of Klipfontein farm.

That allowed us to work with partners to create and test the legal blueprint for an easement.

So what exactly is an easement?

It’s a relatively easy, accessible way for landowners to commit to conservation. A conservation servitude is attached to the title deed. It’s placed over the farm – so no rezoning is needed, but the ‘conservation’ and ‘production’ areas are clearly demarcated on a map. And it’s binding on any future owners. 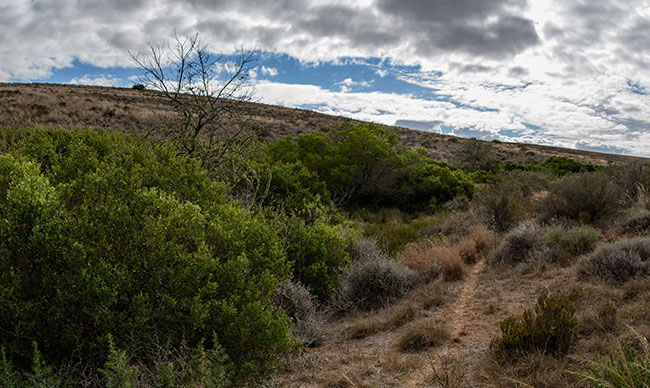 And that’s where we come in.

A management plan is attached to the servitude – and we then work with landowners to care for their Renosterveld according to the plan (which is developed with the landowner’s inputs).

On the farm Kykoedie, and surrounding areas, we’ve actively supported conservation action, with support from the WWF Nedbank Green Trust. Patches along the Sout River in the past became severely degraded. This ecologically important river runs from Rietpoel (southwest of Riviersonderend) into the De Hoop Vlei. 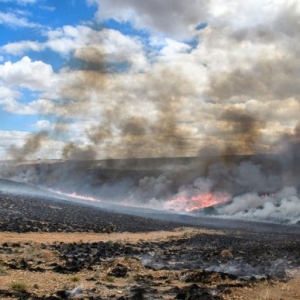 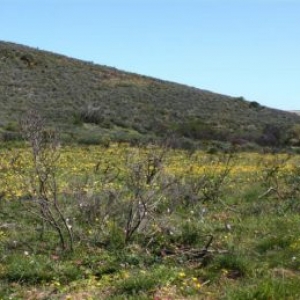 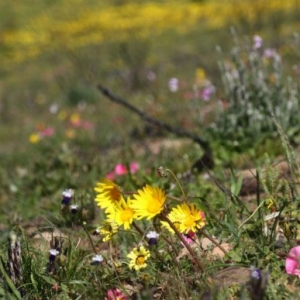 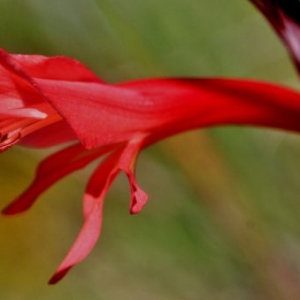 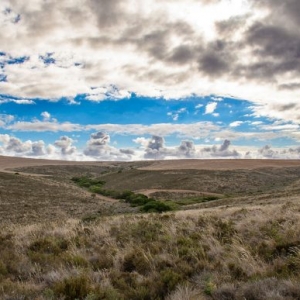 Now we’re testing experimental restoration interventions in order to restore these riverbanks. We’re using a combination of techniques to test which ones produce the best results. These include temporary electric fencing to stop livestock from accessing the riverbanks, allowing time for these areas to rest and recover. And we’re planting indigenous grasses along the banks. We’ve also supported ecological burns, and have fenced off the burned area to enable livestock management.

So hat’s off to our wonderful farming partners.

Like Joshua Human, who is showing how landowners can farm sustainably – farming in a way that still protects the natural landscapes. We know this easement will not only benefit the Renosterveld, but also the overall health of the farm, its watercourses and surrounding areas. 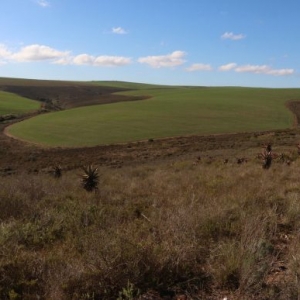