It has been an incredibly busy spring for our Renosterveld conservation team. During the spring season the Renosterveld of the Overberg reaches its peak time to bloom, offering spectacular displays of bulbs, annuals and more in a plethora of different colours. 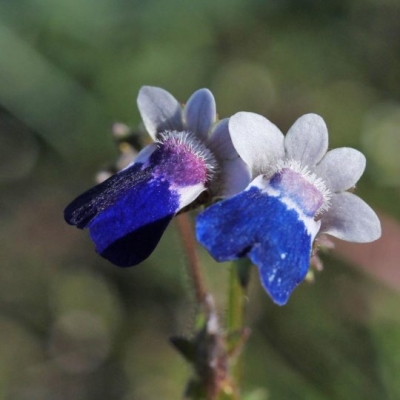 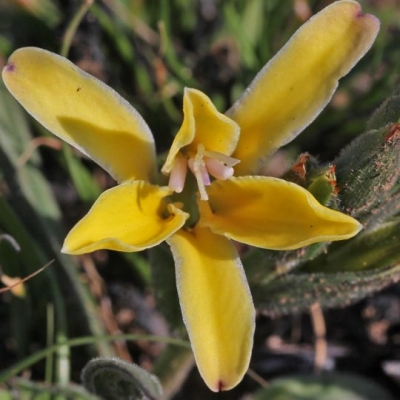 But for those who work tirelessly to conserve what little survives of the Renosterveld, the spring season is far more than the gorgeous flowers to be enjoyed in the field.

Spring is a season of biodiversity surveys and monitoring, particularly at the conservation easement sites where we work alongside landowners to support them in conservation and effective veld management as custodians of their Renosterveld. 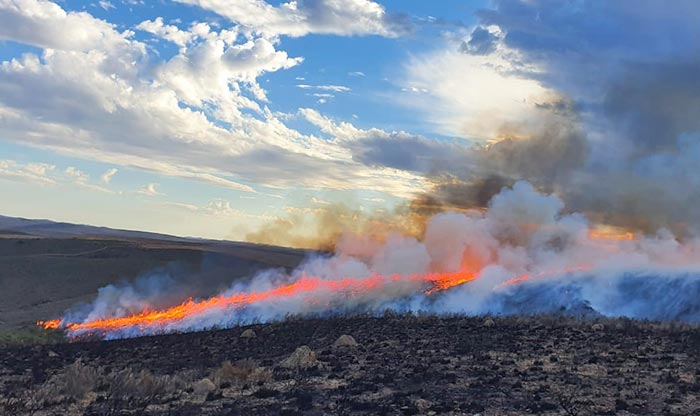 Last autumn we partnered with several easement landowners and other key conservation partners to effect successful ecological burns in areas of Renosterveld that had not burnt for many years. These ecological burns help to reduce the chance of wildfires by reducing fuel loads as well as rejuvenating areas of old veld. 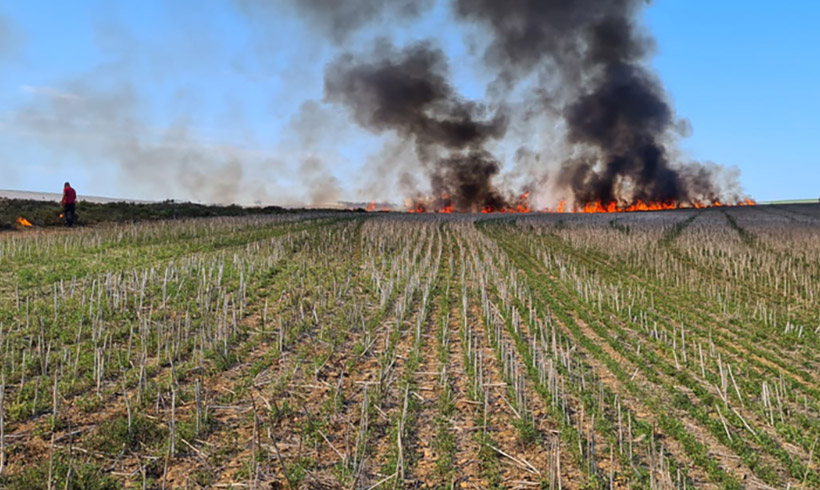 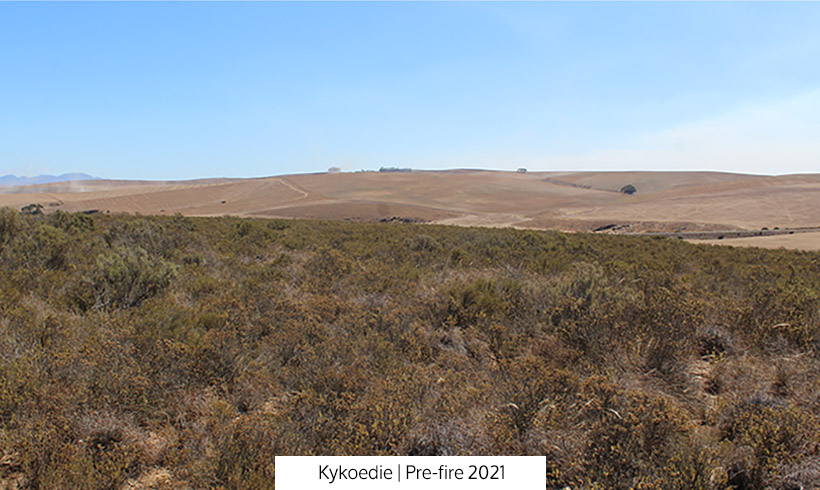 The Overberg Renosterveld Conservation Trust (ORCT) played a key role by applying for ecological burn permits for Napkysmond and Kykoedie. At Napkysmond the landowner was responsible for creating firebreaks and successfully implemented the ecological burn in autumn 2021.

At Kykoedie the ecological burn was undertaken in collaboration with the ORCT. The Uitvlucht burn was a collaboration between the landowners (the Streicher family), the ORCT, Enviro Wildfire Services and the Greater Overberg Fire Protection Association (goFPA) and their Working on Fire (WoF) team.

Once these ecological burns had successfully taken place, the next important job is to monitor the new growth in the Renosterveld, including which species are seen following the fire. 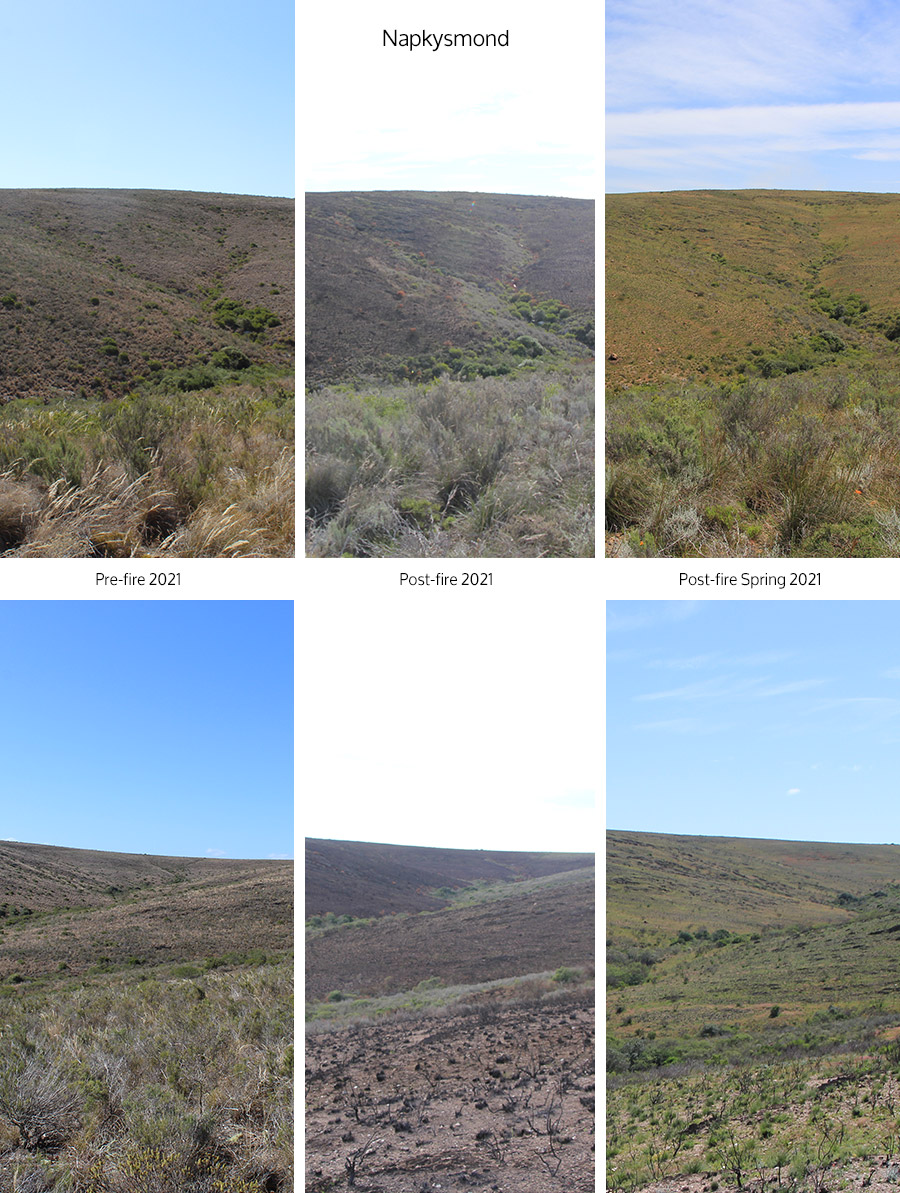 Repeat photography is the process of taking a series of photographs at different times of the same view (marked by a permanent marker, such as a pole) while standing in the same position. It is technique used by scientists and conservation professionals to document environmental changes over time.

Applications might range from mapping land cover change to documenting incidents of plant poaching to, as in this case, undertaking post fire monitoring to document the rapid vegetation changes that take place in the Renosterveld following an ecological burn.

Following an ecological burn in senescent Renosterveld that is many years post fire, the thick shrubby overstorey vegetation is cleared, triggering the germination and blooming en masse of many annual plant species. Mass blooming of many bulb species is also a common phenomenon in Renosterveld the following spring after fire.

We still know relatively little about the fire ecology of Renosterveld vegetation, with monitoring of post fire changes in the vegetation helping us to grow our knowledge of the ways in which species or plant groups respond following a burn.

For example, some pollination guilds contain groups of plants with a certain flower colour that may only grow together after fire to attract a specific pollinator. Sometimes plant species new to science that only grow after fire in highly localised areas may emerge or species that have not been recorded for many years may finally reveal themselves. The more we monitor, the more we learn.

At Uitvlucht farm, the area of Renosterveld that was burnt is home to a small population of Polhillia brevicalyx, a small Renosterveld shrub in the pea family (Fabaceae) that is Critically Endangered on the Red List of South African Plants. It grows along drainage lines and in watercourses along the Ouka River – this is the only known remaining location for this species.

We hypothesised that one of the main threats to this species is a lack of fire, thus we decided to test this on a small proportion of the population. Following the successful implementation of an ecological burn in an area of Renosterveld at Uitvlucht where it grows, post fire surveys revealed that the original plants were resprouting successfully and numerous new seedlings were encountered growing in the vicinity – this is a great sign for the species! 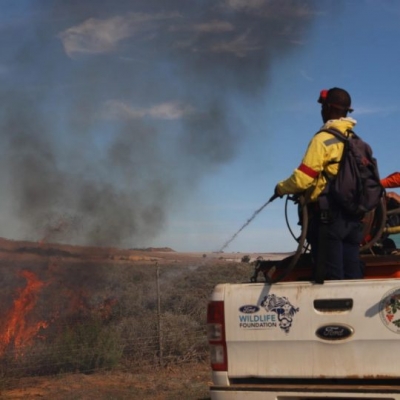 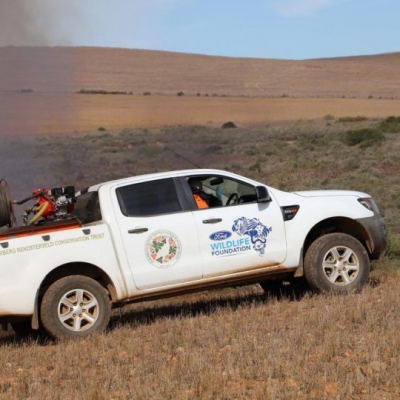 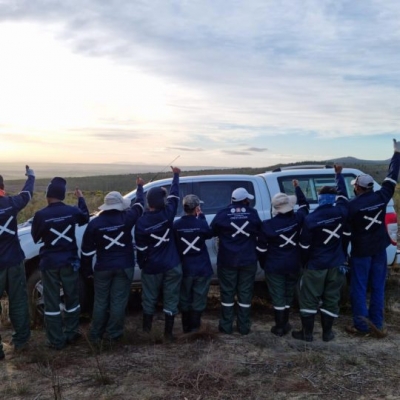 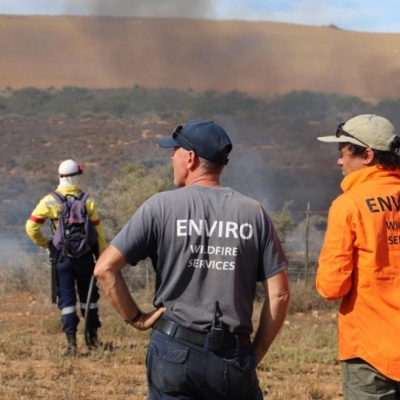 As the Renosterveld continues to grow and change at these conservation sites, we continue to work alongside the landowners who are custodians to conserve and manage their veld. As our knowledge from ongoing biodiversity monitoring grows, we continue to feed back our findings to the dedicated landowners with whom we work.

We would like to acknowledge WWF South Africa Table Mountain Fund, WWF, Ford Wildlife Foundation, Hans Hoheisen and the Mapula Trust for supporting the ORCT’s conservation easement project as well as the amazing farmers we are lucky enough to work with to conserve their Renosterveld. Please consider supporting the vital work of the Overberg Renosterveld Conservation Trust to help us manage and conserve more Renosterveld in perpetuity.