For decades, the Streicher family has been keeping a close eye on a Renosterveld species that at one point faced extinction.

The Polhillia brevicalyx is only found on the Streicher’s farm, Uitvlucht, and a number of neighbouring farms in the Ouka River system (also known as the Freek Botha River). This river runs through the farm and neighbouring properties, before joining the Riviersonderend River.

At least half of the global population of this Polhillia species is found on Uitvlucht.

That’s why the Streicher family’s decision to sign a conservation easement with the Overberg Renosterveld Conservation Trust was a wonderful reward – for both parties.

The family signed an easement to conserve 270 hectares of Critically Endangered Renosterveld in perpetuity. Through the easement, they now protect not only the Polhillia brevicalyx, but also the Critically Endangered Wiborgiella bowieana, both belonging to the Fabaceae (legume/pea) family.

Their conservation journey started decades ago, when the late Simon Streicher started actively monitoring populations of the Polhillia brevicalyx. Worryingly, Simon saw the numbers dwindle from 15 plants, to just three over a period of 15 years.

At this point, the Overberg Renosterveld got involved and following a couple of extensive searches, found around 100 more plants. While that’s good news, the species still requires active management, monitoring and protection.

For family member Matthias Streicher, protecting Renosterveld means protecting something that is authentically African. “I want to help conserve the Renosterveld because it is the only true pieces of Rûens veld left to go for a Sunday picnic or veld-braai and at the same time feel part of Africa.” 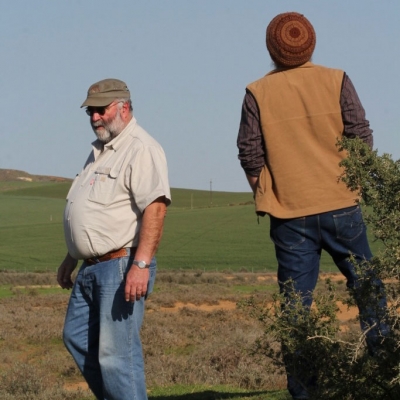 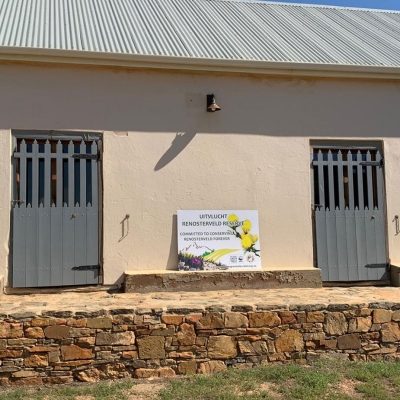 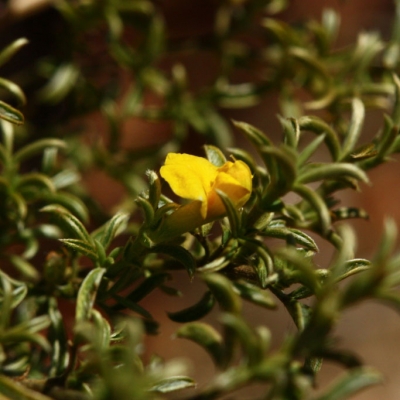 Top left: Uitvlucht Conservation Easement is made up of five portions – and one of these portions is known as Aandblom (literally translated as ‘Evening flower’; Gladiolus tristis). This beautiful flower was once abundant across the Overberg, but has since declined due to habitat loss, poor watercourse management and potentially over-picking.

Top middle and top right: The Streicher family have a special connection with their Renosterveld patches, and enjoy it at every possible opportunity.

Bottom left: The new signage on the farm.

Dr Odette Curtis-Scott, Director of the ORCT, says the Streicher family has protected two of our most threatened plant species, while also protecting a substantial portion of severely threatened ecosystems.

Above: Louis Eksteen is Managing Consultant to the Streicher family. Louis has his own farm, the historic Grasrug, bordering on Potberg Nature Reserve and he is also a very keen conservationist.

She says, “The Streicher family captures the essence of a farming family that cares deeply about the remaining pockets of Renosterveld. It’s been a joy working with them over the years. And we’re so grateful for the way they encourage other farmers to see their Renosterveld as more than ‘uitvalgrond’ (waste land), but as something that is truly part of Africa’s natural world.”