Something unexpected happened when our team of Renosterveld vegetation experts started looking at watercourses. 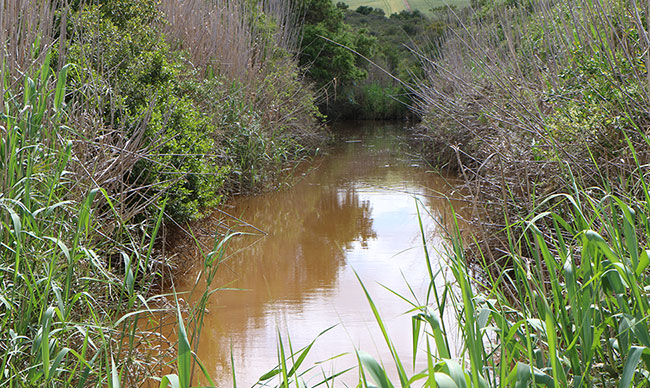 According to Keir Lynch, Watercourse Restoration Project Manager at the ORCT, at a Farmer’s Field Day held in October, “We knew birds, plants and mammals – but we didn’t know fish. And we didn’t expect to find these fish species in our Renosterveld watercourses.”

The ORCT has now partnered with organisations such as the Fresh Water Research Centre, CapeNature and Bionerds to better understand the Heuningnes redfin – and how it survives in these pockets of water. 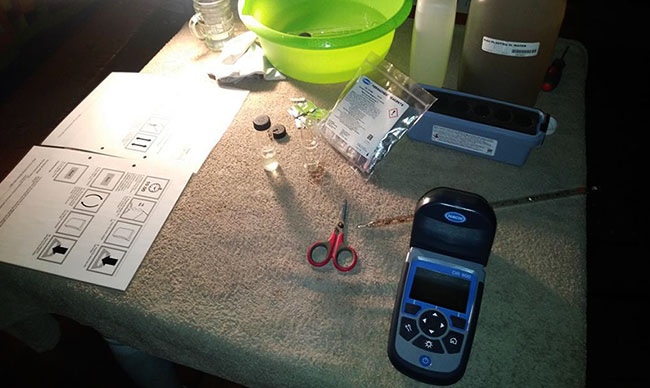 The small redfin (its fin is literally a bright red colour) not only survives in these tributaries to the Kars River and the Nuwejaars River – it seems to thrive in muddy waters with high pH levels and with a high salt content.

Keir says, “The redfin has specific habitat preferences: it seems from our research that it likes narrower and shallower rivers with overhanging canopies, but studies on this are ongoing.” 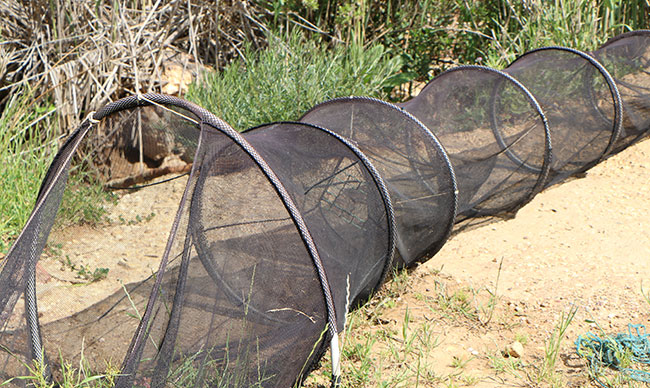 But of course it faces significant threats. Topping that list is:

Fish like the Spotted bass, Mirror carp and Bluegill sunfish were introduced to our rivers in the 1920s and 30s. They outcompete – and eat – the indigenous fish, including the Cape kurper and the Galaxias.

This form of agriculture includes minimum or no till and crop rotation, to encourage healthy soils.

The design of agricultural lands also matters. Keir says lands must have a buffer between the crops and the rivers, to capture the sediment that carries pesticides and other chemicals, before they end up in the rivers. 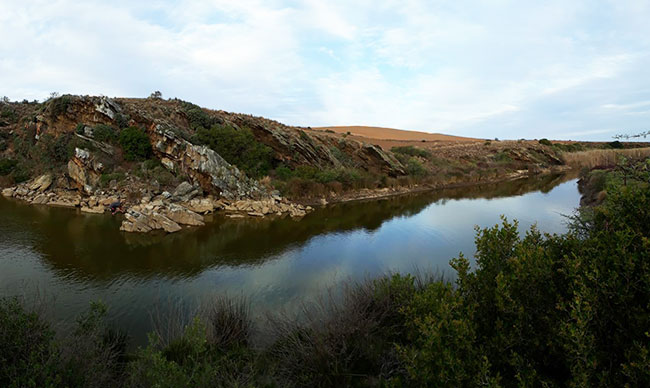 The ORCT’s findings on the Heuningnes redfin minnow has now raised a number of questions. To answer these, Keir is undertaking research on issues such as:

He says, “Research shows how important these Renosterveld river systems are for these fish species. We look forward to finding out so much more about these secretive fish – and how we can protect them.”

The ORCT Watercourse Restoration Project is funded by the WWF Nedbank Green Trust.