Last October the Renosterveld community gathered together for a stimulating and informative workshop on restoration ecology in Renosterveld vegetation. The workshop was held at conference facilities at Bontebok National Park near Swellendam at the heart of the Overberg and convened by Dr Pippin Anderson from the Department of Environmental and Geographical Sciences at the University of Cape Town. The Table Mountain Fund is thanked for generously funding this important workshop. 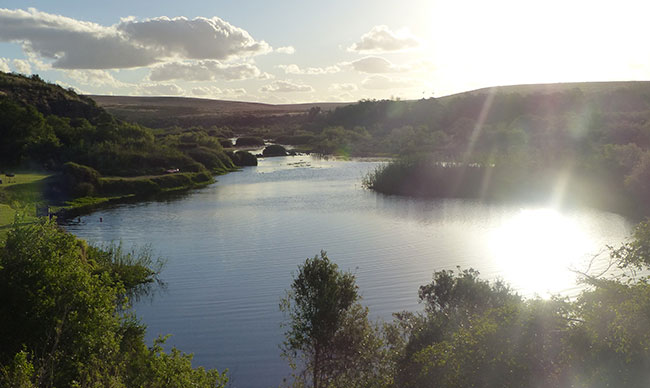 So what are we doing to conserve our imperilled Renosterveld ecosystems? What more can we do and how can restoration play a part? The main focus is and should be upon conserving what Renosterveld we still have through conservation easements, gathering biodiversity data to prioritise conservation interventions and working closely with local landowners who are custodians of our Renosterveld biodiversity.

However, there is considerable debate around to what extent precious and limited conservation resources can and should be directed towards restoration work in Renosterveld. The cost is a significant barrier: The majority of Renosterveld is on farms with high value agricultural land and this means that space to restore corridors and buffer zones is limited. Costs of restoration work itself are often astronomical which means that resources need to be carefully directed and wisely used. We also have relatively limited examples where Renosterveld restoration has been effectively implemented to restore biodiversity and ecosystem function rather than just ecosystem structure and protocols and planning need considerably more work.

However, despite these challenges the ORCT has been forging ahead with restoration efforts in the Overberg thanks to funding from the Nedbank Green Trust with a strong focus on restoring watercourses as corridors between fragments of Renosterveld. Postgraduate research in collaboration with the ORCT is investigating restoration potential of Renosterveld vegetation that has been degraded by overgrazing which is currently one of the greatest threats to this vegetation. To date the majority of Renosterveld restoration research has focused on restoring old lands where there is relatively low restoration potential and results have showed limited success. The ORCT is taking a fresh approach.

These important issues and more formed the core debate among the Renosterveld restoration community at the workshop. Talks were given by attending delegates on a variety of topics. Carly Cowell from SANParks opened the discussion with a talk on reflections and insights from restoration within the Cape Cluster group of parks, ending with areas for future work which included highlighting the need for more research into climate, impacts of historical land use, alien clearing, alteration of hydrological processes and whether, given limited available resources for restoration work, we should be ‘triaging’ threatened habitats and species for appropriate restoration interventions. Dr. Tony Rebelo from SANBI talked about Renosterveld vegetation types and Clement Cupido from UWC discussed protocols for monitoring Renosterveld in the context of the Kamiesberg Uplands in Namaqualand. Following this, Prof. Karen Esler spoke to delegates about Restoration Ecology in a global context. Dr. Peter Carrick also gave a talk on using reference conditions and setting end targets for ecological restoration. 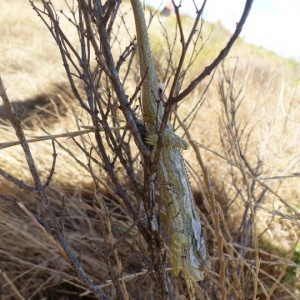 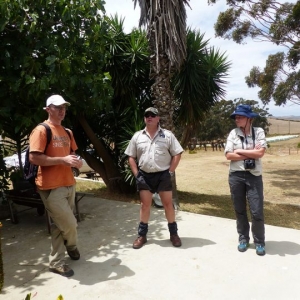 The workshop also comprised two field outings: The first was to a section of Bontebok National Park identified as a priority for restoration interventions. The following afternoon workshop delegates were kindly hosted by the Overberg Renosterveld Conservation Trust at their visitor’s centre and 500 ha Haarwegskloof Renosterveld Reserve south of Swellendam near De Hoop Nature Reserve. The group was welcomed by the Trust’s Founder and Director Dr. Odette Curtis and Reserve Manager Jannie Groenewald gave the group an excellent and highly informative guided tour of the reserve.  Here the students attending the workshop also gave delegates a round up and progress report on their respective research work.

The Renosterveld restoration workshop represented a great opportunity to bring colleagues working in this field throughout the country to the Renosterveld at the heart of the Overberg to discuss, network and debate the important issues surrounding this subject. It was enjoyed by all and we look forward to meeting again in future.