You are here: Home / Renosterveld Centre / Past, Present, Future: Advances in Pollination Biology in Overberg Renosterveld

It is now just over five years since the Overberg Renosterveld Conservation Trust (ORCT) founded their Research and Visitors Centre at Haarwegskloof Renosterveld Reserve, part of the world’s largest continuous fragment of lowland Renosterveld that was purchased by our partners at WWF South Africa due to its exceptional conservation value. When the property was first purchased and handed over to the ORCT to manage, the old farmhouse was derelict. Thanks to the tireless work of the ORCT and a highly successful crowdfunding campaign, the place was restored and  the world’s first dedicated Renosterveld Research Centre was born. The Centre became a home away from home for an active team of postgraduate students undertaking applied research to better understand and inform conservation practices and management of this Critically Endangered and poorly understood ecosystem.

This article tells the story of how over the last five years we have learnt more about the pollination biology of Overberg Renosterveld. Without insect, mammal and bird pollinators the majority of Renosterveld plants would be unable to reproduce. If any more of these pollinators are to be lost from the landscape then Renosterveld would become the ‘living dead’, circling the drain with no hope for long term survival. Many specialist pollinators may have already been lost from this intensely farmed landscape due to agricultural chemicals and fragmentation from ploughing. Some of these may not even have been described species known to science before they were lost. 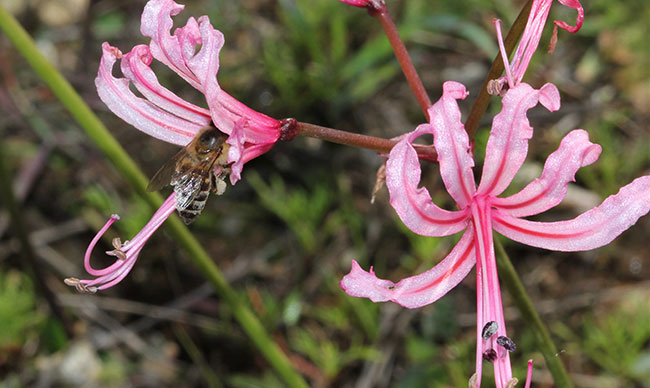 So what did we know to begin with? When the Renosterveld research centre and research group were first founded, there were just a few published papers on pollination in Overberg Renosterveld.

Results from one of the first studies on pollination in Overberg Renosterveld were concerning. John Donaldson and colleagues (2002) monitored pollination of seven different perennial species growing in Renosterveld fragments of different sizes at Fairfield Farm in the western Overberg. Although the overall species richness of bees, flies and butterflies did not vary across fragments, the overall abundance of certain bee species and monkey beetles was significantly affected by fragment size and vegetation cover. Furthermore, fragment size and distance to the nearest large fragment of Renosterveld was found to have a significant influence on seed set in four of the seven plant species examined, with one Orchid species (Pterygodium catholicum) not setting any seed in small and medium sized fragments. This is most likely because this Orchid is part of a genus which is essentially exclusively pollinated by the Oil-collecting Bee (Rediviva peringueyi) and is thus highly specialised (this interesting work was published by Anton Pauw in 2006 in the American Journal of Botany). These specialised relationships are incredibly fragile and are no doubt the first to break down with increasing fragmentation. 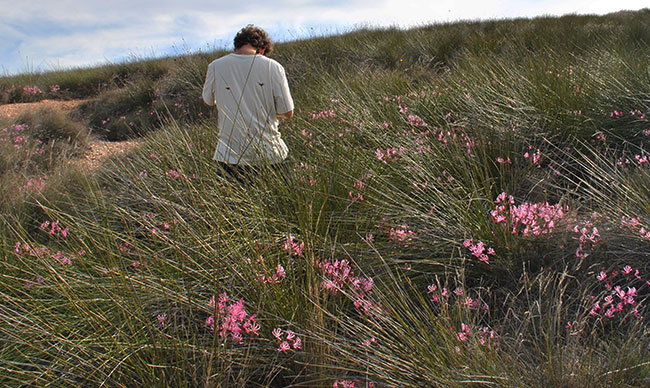 Despite the importance of these findings to Renosterveld conservation, no further work was undertaken until Ethan Newman and colleagues published work in the journal Evolution in 2015 about variation in floral morphology of Nerine humilis in response to geographic variation in pollinator communities.

Different morphs of Nerine humilis with short styles were most commonly visited by honey bees whereas those with longer styles were pollinated by long-tongued flies. After this research was published and shortly after the centre at Haarwegskloof opened, we discovered a new population of Nerine humilis growing on the reserve with unusually long filaments and styles. Ethan Newman subsequently undertook extensive pollinator observations on this population which revealed that blooms of this form were not being pollinated at the time of his study and it was concluded that the long-tongued fly pollinator is likely extinct in the area. Luckily, in autumn of 2019, Jannie Groenewald observed that the plants at Haarwegskloof were in fact making fruits, giving us hope that the pollinator is still around. 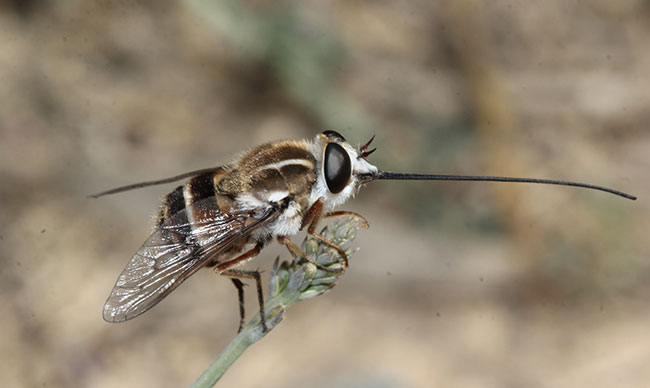 Since this initial work was done, several students doing postgraduate research into pollination in Overberg Renosterveld have used the ORCT’s research centre at Haarwegskloof as a base for their fieldwork and these studies are starting to yield results.

Sachin Doarsamy has done his Masters research at the University of KwaZulu Natal (UKZN) into pollination and taxonomy of the genus Wurmbea through the analysis of scent chemistry. Evan Eifler is doing research for his PhD at the University of Wisconsin-Madison into the genus Geissorhiza and trying to better understand drivers of speciation such as pollination using DNA markers. This research is also in collaboration with Prof Steve Johnson from UKZN. 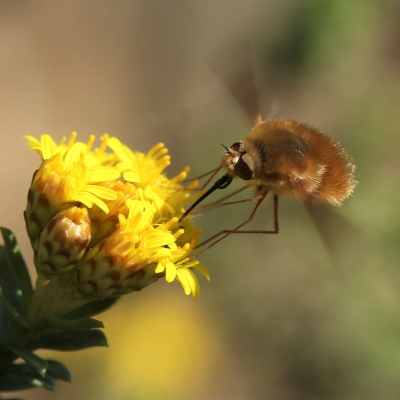 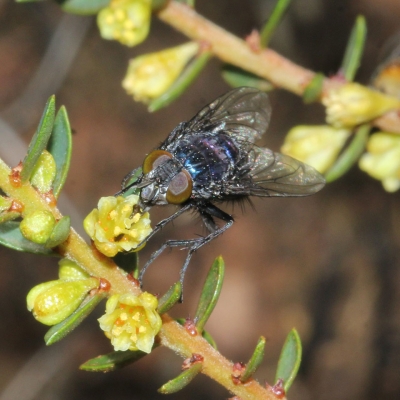 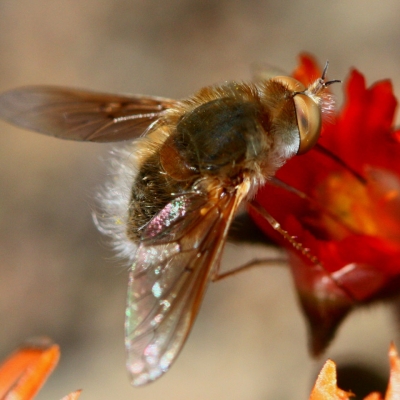 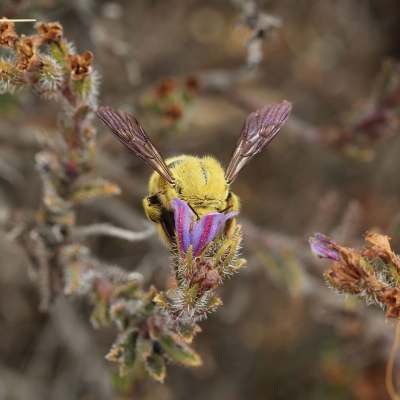 Another regular at the Haarwegskloof Research Centre is Oliver Cowan, who has just submitted his PhD on ecosystem function in Overberg Renosterveld. A significant component of this research focuses on plant-pollinator networks within this vegetation type, recently published in the Journal of Pollination Science. Cowan and Anderson (2019) present three new plant-pollinator networks in Eastern Rûens Shale Renosterveld. The study encompassed more than 240 hours of plant-pollinator observations across sites with different disturbance from agricultural land ploughed five years ago, fifteen years ago compared a relatively pristine site. The pristine site was found to be home to highly specialised pollinators in comparison to global datasets, thought to be as a result of relatively stable climate during the Quaternary (the last 2.5 million years of geological time) allowing extensive speciation to occur. 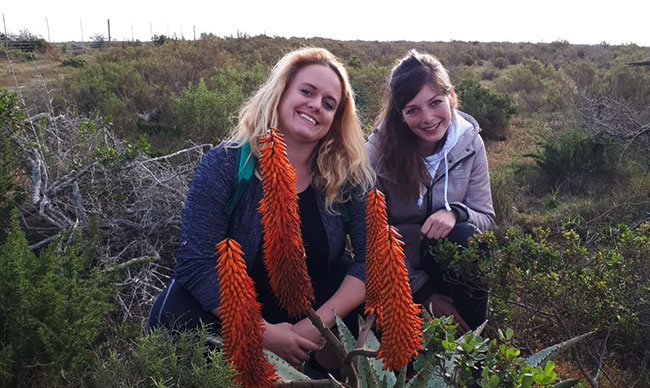 This year a new cohort of postgraduate students have begun their studies with a focus on pollination in Overberg Renosterveld, co-supervised by Prof Sjirk Geerts at CPUT (Cape Peninsula University of Technology), Dr Tineke Kraaij at NMU (Nelson Mandela University) and partly by Director of the ORCT, Dr Odette Curtis-Scott.

The team thus far includes two German Masters students, Simone Maier and Sina Hauber (undertaking their mini-thesis in South Africa), a B-Tech student, Jamy Fredericks and Tabitha Coetzee, also undertaking her Masters by dissertation. These studies are all focusing on examining pollinator networks, presence and absence of pollinator species and pollination success rates in a sample of selected plant species across different-sized Renosterveld remnants. We foresee that this will be the start of many crucial studies which will examine the impacts that severe levels of fragmentation have had on pollinators in the Overberg Renosterveld and hopefully, provide us with insight as to how we can mitigate for these impacts, if at all. Watch this space as these projects unfold…!