You are here: Home / Birds / This Overberg Lark has surprised the researchers

A new study surprised researchers and experts, finding that this Overberg endemic Lark (Certhilauda brevirostris) is not too concerned about the vegetation cover or habitat type – as long as the vegetation is short.

That’s good news for the Agulhas Long-billed Lark, especially in the Overberg, where much of the landscape has been transformed for agricultural purposes. The Lark is listed as regionally Near Threatened by BirdLife South Africa.

The study was undertaken by Oxford University’s Celeste de Kock and Dr Alan Lee of the FitzPatrick Institute of African Ornithology. It was recently published in African Zoology. 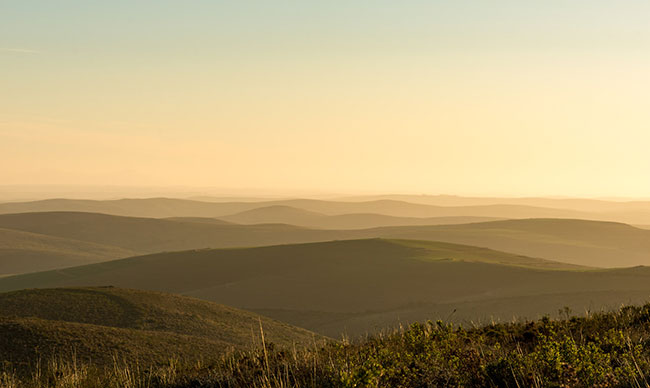 Much of the research was conducted around our Haarwegskloof Renosterveld Reserve – where you’ll find a mix of agricultural landscapes and Renosterveld patches. Celeste also visited the Nuwejaars Wetlands Special Management Area as part of the study.

Her research found that the Agulhas Long-billed Lark prefers vegetation generally shorter than 30cm – including agricultural lands. These transformed lands seem to have no negative impact on the birds.

But she says, “(I)t is difficult to draw firm conclusions from the current study whether agriculture is beneficial to Agulhas Long-billed Larks or not. Because vegetation height is the only predictor of bird occurrence, it could well be that current agricultural practices might be mimicking historical ecological processes, i.e. the creation of open areas after fires…”

She recommends more studies on the reproductive output and movements of the Lark.

Here’s what her study found: 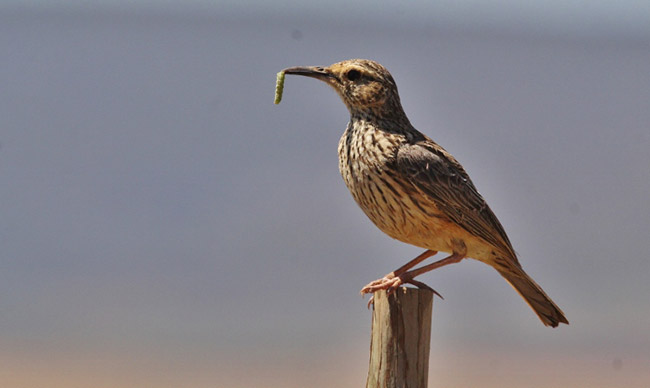 Still, some threats remain to the Larks.

The extensive road network in the region is a worry – with the reporting rate for these birds lower for areas with extensive road access. “This might suggest that Agulhas Long-billed Larks will not adapt well to intensive development,” she says.

While this is good news for the Agulhas Long-billed Lark, the ORCT continues to focus on healthy, well-managed remnants and corridors of natural veld through its Easement Programme – to support other endemic and threatened bird species.

The project is supported by WWF South Africa, and is being implemented across the Overberg Wheat-belt.