Renosterveld flourishes when some grazing is allowed on it.

In fact, farmers are not only discouraged from overgrazing their Renosterveld patches, but also from preventing any grazing from taking place.

These were some of the surprise research results shared at a Farmer’s Field Day, held in the Overberg in October. The research was completed by Zoë Poulsen, a Doctoral student in the Department of Biological Sciences at the University of Cape Town. 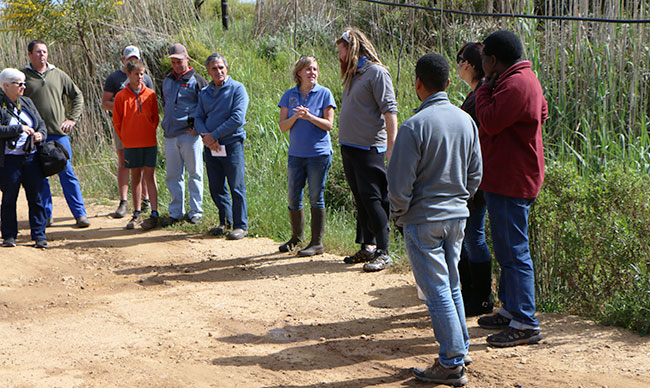 She found that Renosterveld needs a happy medium to enjoy a higher diversity of grasses and bulbs.

The same results showed when she collected soil from Renosterveld patches that were not grazed, moderately grazed and overgrazed. She planted the soil in greenhouses at UCT – with the most seeds germinating from the moderately grazed veld.

In her study, biodiversity boomed when the natural vegetation was rested for a minimum of four years.  According to Dr Odette Curtis-Scott, Director of the Overberg Renosterveld Conservation Trust, “This shows that rest periods are crucial to increase biodiversity, and you have to give the landscape time to recover.” 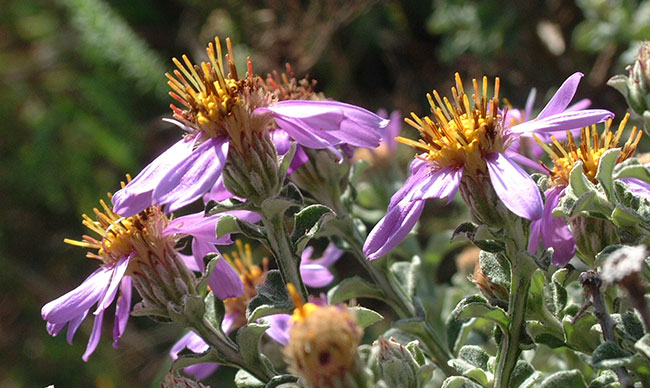 And what about Renosterveld palatability?

UCT’s Luke Gallant researched which Renosterveld species were grazed by livestock – and how nutritious they were.

Of the species he assessed, Luke found a Daisy species, the Printzia polifolia was the most well-eaten, and the most superior in terms of its nutrition.

Still, in general, the legumes (the pea family) were the most nutritious family, given the nitrogen stored in the root systems, and the protein in the plant.

Of the grasses Luke assessed, he found turpentine grass was preferred to ‘rooigras’ (Themeda triandra).

Surprisingly, while the palatable Renosterveld species may not have matched up to the nutrition value found in lucerne, it was still “within range of livestock requirements for nutrition” – with 8% protein levels found in Renosterveld, according to Luke. 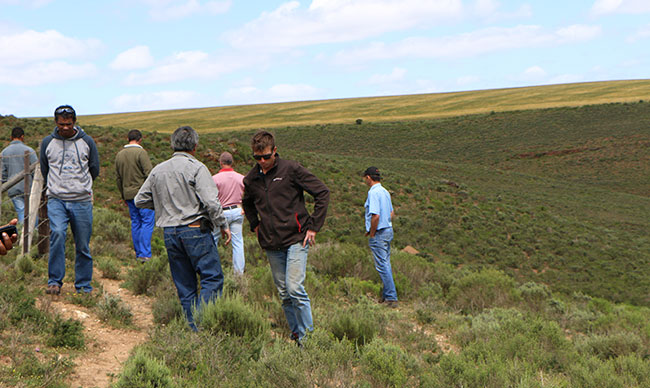 The ORCT, UCT and Landbouweekblad partnered to host the two Farmers’ Field Days – one on a farm close to Heidelberg, and a second outside Napier, in October.