You are here: Home / Renosterveld News / Conservation toolkit: The role of the Extension Officer

The Renosterveld of the Overberg is a lowland ecosystem, occurring on fertile shale-derived soils that are highly in demand for their agricultural productivity. Over the last 300 years what was once a relatively pristine habitat roamed by large herds of game has mostly been lost due to transformation for agriculture. Only around 5% of the former extent of Overberg Renosterveld now remains, with only fragments in areas too steep or rocky being spared from the plough.

Despite this loss, Overberg Renosterveld still holds its ground as one of the most biodiverse ecosystems on earth and should be considered a global conservation priority. One of the main challenges we face in conserving this imperilled habitat is that the majority occurs on privately owned land and lies outside formal conservation areas such as government run national parks and national nature reserves. The fate of Overberg Renosterveld lies with landowners, and conservation action requires their buy in. 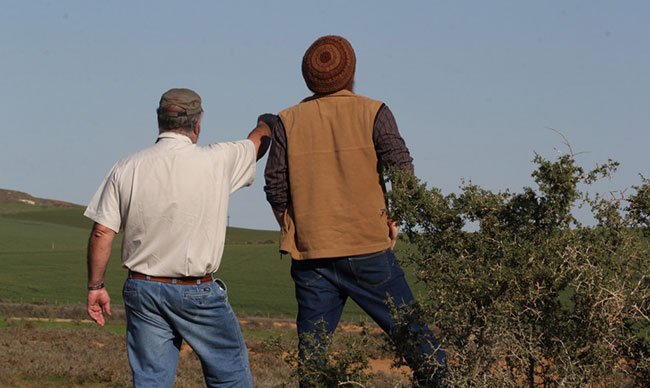 The role of the Extension Officer has traditionally been within the agricultural sector, employed by the government in a top-down approach with the job description of encouraging farmers to implement ‘ecological agriculture’. This role has always held huge potential to effect good conservation and management practice, but in reality results have been mixed and policy with good intentions has not always translated into victories for conservation outside formal protected areas.

Researchers have recommended that policies be re-visited to allow Extension Officers to better promote biodiversity conservation in the context of productive agriculture. In the past within the agricultural sector, conservation was seen as ‘the man in khaki’ driving around in a shiny bakkie all day giving out fines and all sorts of unwanted ‘advice’. This has led to landowners sometimes being reluctant to trust government-employed conservation practitioners working on private land. It became clear that a new approach was needed and while an approach involving partnering with landowners was implemented by some government agencies, farmers remained reluctant to trust government for a number of reasons, but mostly due to lack of guaranteed capacity to service the long-term agreements. 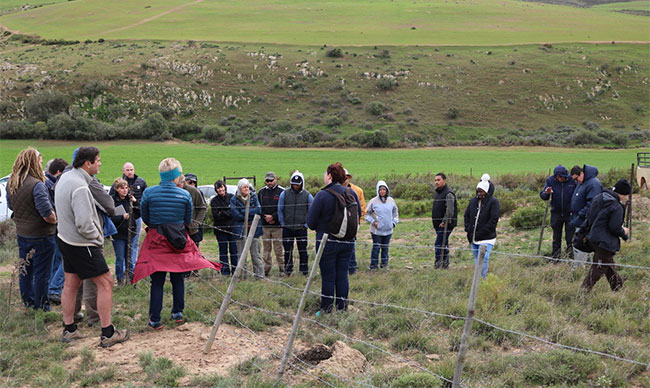 Extension in numbers! Farmers’ days in the veld are a great way to create awareness around veld management issues.

One of the philosophies on which the Overberg Renosterveld Conservation Trust (ORCT) was founded was that a conservation ‘vehicle’ within the nonprofit sector was more likely to be trusted by private landowners than a government-based organisation, thus allowing them to undertake more effective conservation work. A nonprofit’s staff were far more likely to be seen as working with farmers rather than ‘telling them what to do’. One of the core roles of the ORCT is that of extension work and all the ORCT staff undertake extension work in one way or another. So what exactly does this entail? 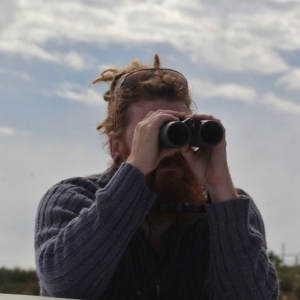 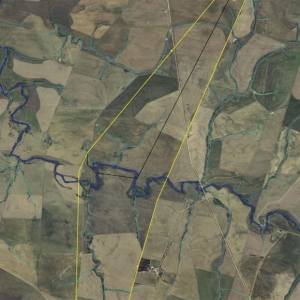 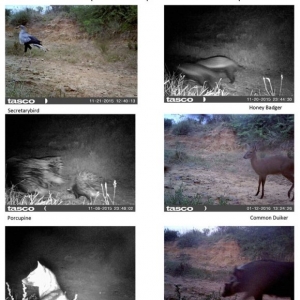 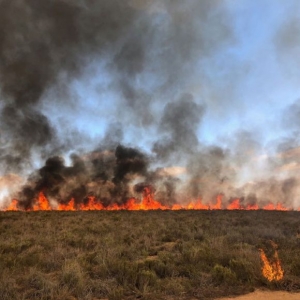 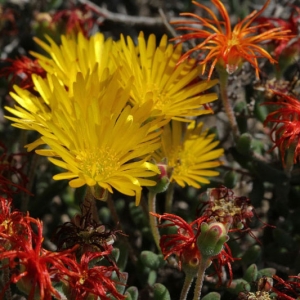 The main aim of the ORCT’s extension work is to work with farmers across the Overberg to support them in conserving the Renosterveld on their farms as part of a productive agricultural landscape. This includes conservation of important biodiversity corridors on farms such as watercourses. The ORCT is always open and willing to offer advice to any Renosterveld landowner on conservation and veld management. With support from landowners, ORCT staff work hard visiting Renosterveld sites on private land across the Overberg, collecting biodiversity data that is fed back to government to facilitate conservation planning as well as back to the landowner in ‘Your Farm, Your Veld’ reports. 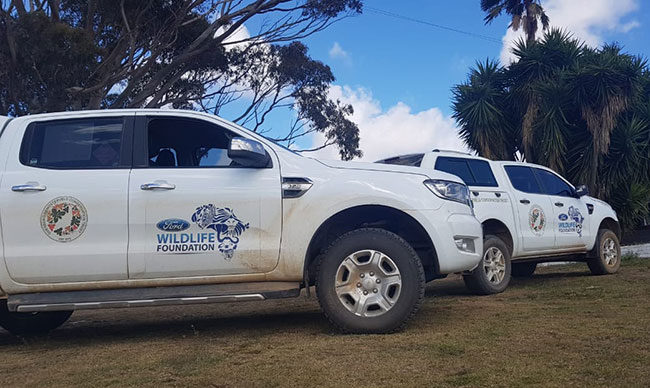 Some landowners may choose to join the ORCT’s Conservation Easement Programme, placing a conservation servitude attached to the title deed on their farm, thus choosing to conserve their Renosterveld in perpetuity. This opens up further support to the landowner, implemented through extension work. Assistance is available for fire management including control burns and post fire monitoring, fencing, erosion control interventions, alien clearing and regular monitoring of flora and faunal diversity. This also allows landowners to be capacitated as a conservation manager over his veld. The Conservation Easement Programme encourages continuity leading to building effective long-term working relationships with landowners to encourage implementation of best conservation practice for the Renosterveld that remains.

We would like to thank the many amazing farmers of the Overberg that work alongside us in conserving their Renosterveld. The Table Mountain Fund (TMF) and WWF South Africa, as well as the Hans Hoheisen Charitable Trust, the Mapula Trust and the Ford Wildlife Foundation are also acknowledged for their support of the ORCT’s Conservation Easement Programme.

Please consider supporting the vital work of the Overberg Renosterveld Conservation Trust to help them manage and conserve more Renosterveld in perpetuity. The long-term viability of this programme is entirely dependent on keeping excellent extension services sustained in the landscape.