On 22 April we celebrate Earth Day, a day to celebrate the planet and its biodiversity. This year the theme is protecting our species and we are going to focus in this article on protecting our endangered plant species. There are a total of 390000 plant species on earth, with that number growing all the time as taxonomists discover and describe on average 2000 new plant species per year. Sadly 8800 of these species are currently threatened with extinction. This may be down to illegal collection for medicine or the horticultural trade; it might be as a result of changing climate or fire frequency within the environment in which the species grows. Species may disappear as they lose their habitat, either from colonisation from invasive alien plants, habitat clearance for agriculture or urbanisation to feed and house a growing population. 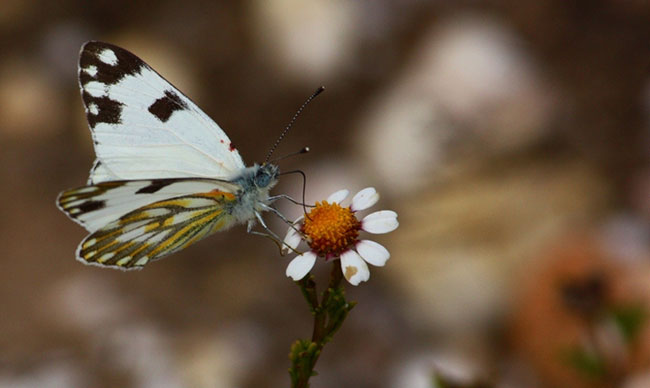 So how do scientists keep track of the conservation status of species so that they can prioritise action to prevent extinctions? Enter the Red List: A globally recognised list of categories with a list of key attributes used in assessing what category a species should be placed in. The Red List is an indicator of health for the world’s biodiversity and ecosystems and is used by government organisations, nonprofits, universities, businesses, natural resource planners and students. Thanks to targeted action driven by the National Strategy for Plant Conservation, South Africa is one of very few countries on Earth that has a complete Red List for its flora (all 20,456 species). The Red List of South African Plants is available both in book format and online at www.redlist.sanbi.org.

So what do the Red List categories mean? Let’s take a look at this in the context of Overberg Renosterveld, one of the world’s most threatened ecosystems.

Least Concern (LC): Fantastic news! Any species that finds itself on this list is not at risk of extinction according to any of the red list attributes used to determine threat status.

Data Deficient (DD): We need to find out more: Any species placed in this category is not sufficiently well known to be placed into any other category. For example, there may be queries about the taxonomy of the genus in which a species is currently placed leading to difficulty in knowing what plants belong in which species. The genus Haworthia is an excellent example.

Near Threatened (NT): Any species is this category is on the borderline. It does not qualify for the categories that would see it recognised as Vulnerable but is close to falling into this category and likely to become at risk of becoming extinct in the near future. The beautiful aromatic geophyte (bulb) Freesia caryophyllacea.

Vulnerable (VU): As soon as a species is recognised to have entered this category, it is considered to have become a threatened species. Any species here qualifies for at least one of the IUCN criteria for being Vulnerable and is subject to a high risk of extinction. The quartz patch endemic, honey-scented prostrate shrub Aspalathus quartzicola falls into this category.

Endangered (EN): Any species that finds itself here is at very high risk of extinction. To be here it needs to meet at least one of five of the IUCN Red List categories for endangered. An example of this is Gibbaeum hartmannianum (previously G. haaglenii), which is sadly threatened by habitat loss and illegal collection for the horticultural trade.

Critically Endangered (CR): This is the highest category of threatened status that a species can be assigned to before it becomes extinct. Any species in this category is facing an extremely high risk of extinction and facing severe threats. An example species falling into this category is Polhillia curtisiae, named after the ORCT’s very own Director Dr Odette Curtis-Scott. 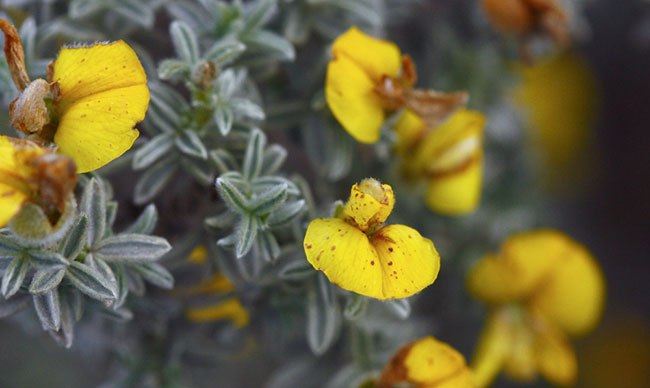 Extinct in the Wild (EW): A species known only from cultivation and despite extensive searches of the species former historic range, no individuals still remain.

Extinct (EX): A species is placed into this category when there is no doubt that the last individual has died.

One a species has been Red Listed, the work by no means ends there. A  National Red List is a constantly changing document that evolves according to any changes in the threat status of a species listed there. Any new threats or loss of subpopulations may lead to a change in Red List status of a species to reflect its more highly threatened status. Ongoing monitoring to ensure that this data is up to date is key in effective conservation. Sometimes when targeted conservation work has shown success in bringing a species back from the brink their Red List status may be downgraded.

Conservation organisations such as the Overberg Renosterveld Conservation Trust work tirelessly to monitor these species and manage the habitats in their care. Overberg Renosterveld is home to many species with high threat status and this work is crucial to ensure none are lost forever. Why not consider supporting their work to ensure the beautiful and unique species of this Critically Endangered vegetation still have a place to call home in perpetuity.