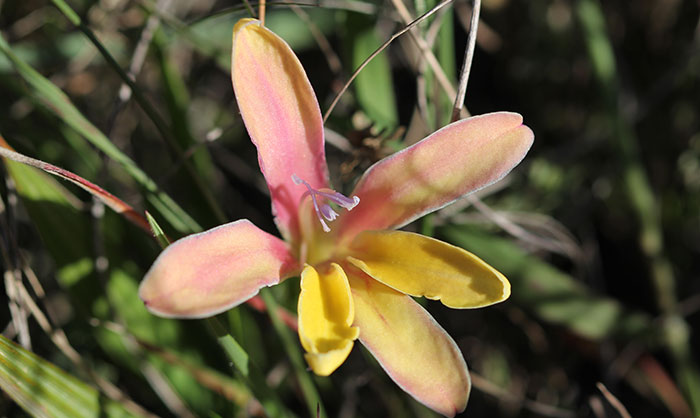 Winter is a time for wild weather in the Cape, where intense cold fronts roll in off the Atlantic bringing cold weather, heavy rainfall and snow in the mountains. It is a time when many of us batten down the hatches and stay cosy at home. For the Renosterveld, winter is the time that much needed rain comes to the veld, when plants start to grow ahead of blooming during the spring season.

This biodiverse Mediterranean type shrubland is known for its extraordinary diversity of geophytes or bulbs, most of which bloom during spring. But the beautiful Babianas are ahead of the game, often coming into bloom in the Overberg fleetingly during the coldest late winter months, leaving behind just their distinctive corrugated sword-shaped leaves as many botanists emerge later to start their spring biodiversity surveys.

The genus Babiana forms part of the Iridaceae family, comprising a total of 80 known species. The majority of Babiana species are found in South Africa’s winter rainfall zone, with the centre of diversity for the genus being in Namaqualand and the Richtersveld. Members of the genus are easily recognised by their pleated leaves and very deep seated corms that sit relatively deep in the ground, often in underground cracks in the rocks to avoid predation by mammals such as baboons and porcupines. There are a few species that grow on sandy soils, but the majority are found on clay soils derived from shales.

Last seen in 1951 in the Riviersonderend area, Babiana foliosa is feared to be possibly extinct. It is only known from a single collection growing on loamy flats in Central Rûens Shale Renosterveld. Since this specimen was first collected, much of the habitat in the area has been lost as a result of transformation for agriculture. 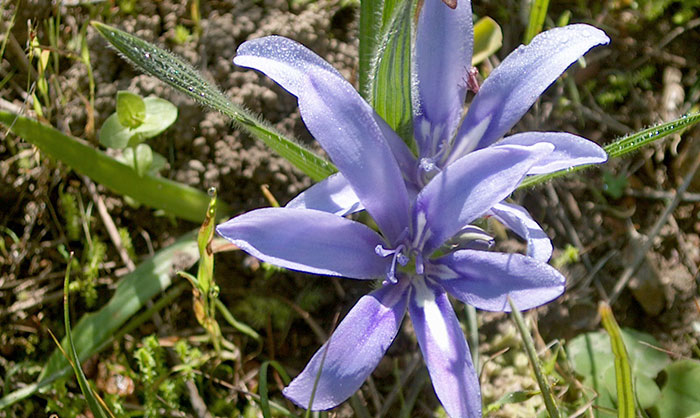 Despite it’s rather misleading species epithet name, Babiana montana is found in both lowland and mountain habitats. It is described in older publications as only occurring on limestone and sandstone slopes, but also occurs in Western and Central Rûens Shale Renosterveld with a distribution between Caledon and Bredasdorp. Babiana montana is currently known from only three localities, but it is possible there are more to be found through biodiversity surveys. Surviving plants are threatened by habitat degradation through overgrazing and alien plant invasion and habitat loss through transformation for agriculture. It is therefore listed as Endangered on the Red List of South African Plants. 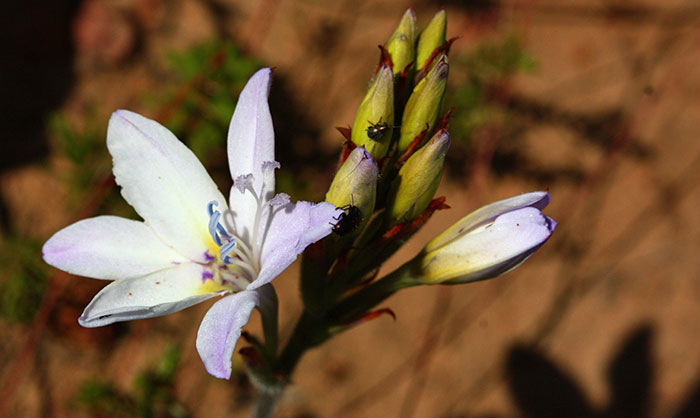 Babiana patersoniae is one of the more common Babiana to be found in Overberg Renosterveld. It is easily identified by the scent of the flowers, with the blooms smelling strongly of cloves. The scent becomes much stronger at night, indicating a possible moth pollinator. This species grows on clay slopes in Renosterveld vegetation from Caledon in the western Overberg eastwards to the Eastern Cape. 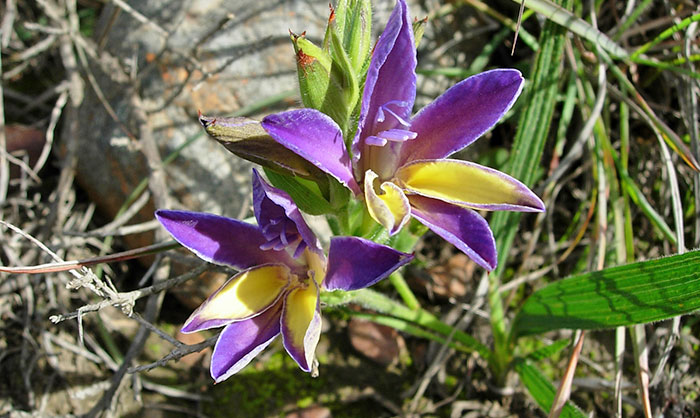 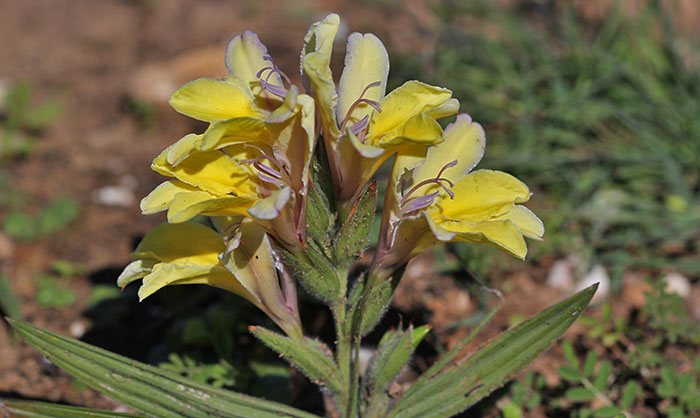 This species is known from around twenty populations, distributed from Tulbagh to Albertinia where it grows on clay flats and lower slopes in Renosterveld vegetation. The flowers are mauve to blue in colour with yellow markings and are sweetly scented. Around 60% of the habitat of this species has been lost due to transformation for agriculture and urban development and population decrease is ongoing. 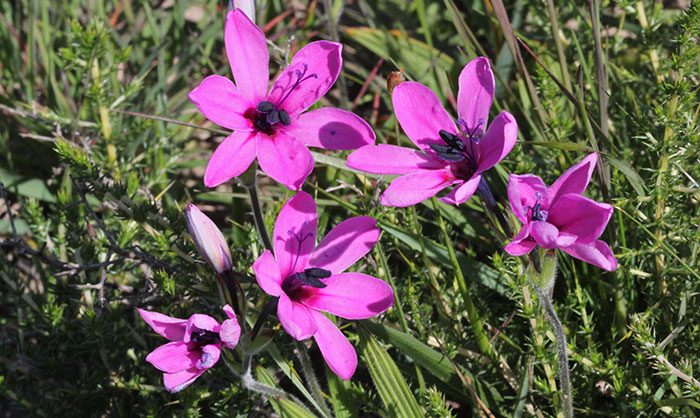 Babiana purpurea is easily recognised by its spectacularly bright pink to purple flowers. It grows on clay flats and slopes in Renosterveld vegetation from Botrivier to Robertson and Bredasdorp.. It is listed as Endangered on the Red List of South African Plants and its stronghold is within the largest remnants of Western Rûens Shale Renosterveld, among our easement sites in this vegetation type. 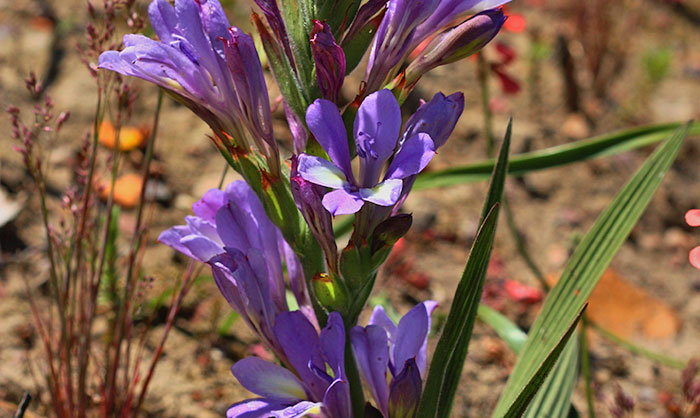 Found in clay soils in Renosterveld from Piketberg southwards to the Cape Peninsula and eastwards to Swellendam, Babiana stricta has a relatively wide distribution. It grows in waterlogged areas on gravelly soils in Renosterveld or Fynbos vegetation. Despite it’s relatively wide distribution, Babiana stricta has lost 47% of subpopulations as a result of habitat loss from transformation for agriculture and urban development. Habitat loss and population decrease for this species is ongoing with further threat presenting in some areas from habitat encroachment by alien grasses. It is therefore Near Threatened on the Red List of South African Plants.