You are here: Home / Renosterveld News / A sad day for Black Harriers: Next steps to protect this Renosterveld icon

Black Harriers are listed as Endangered – and recent research suggests just over 1000 mature individuals remain in the world. So when we lose two Black Harrier males in the space of a few hours in the Overberg, there’s reason to take notice. 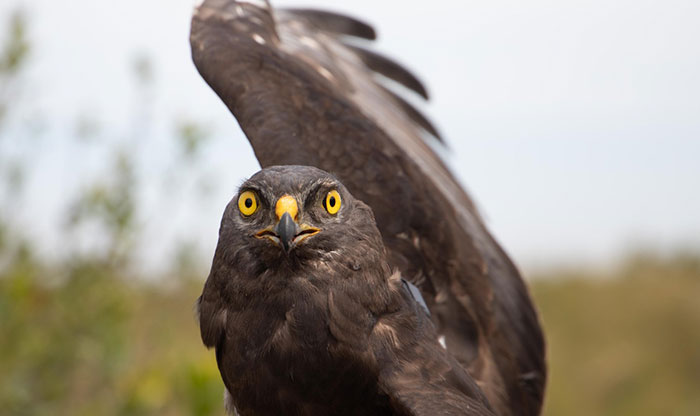 Both these Black Harrier males had been tagged with GPS trackers, which is how the Overberg Renosterveld Conservation Trust (ORCT) and our partners at the FitzPatrick Institute realised that something was wrong.

According to ORCT Director, Odette Curtis-Scott, “Black Harriers are the scarcest endemic raptor in southern Africa. So most worrying for us was that two out of the six birds we tagged died in the space of one day. Is this representative of the mortality rates of Black Harriers? Although this is clearly not a large enough sample size, it does mean we need to urgently find out more.”

When an adult male Black Harrier dies, it can lead to the deaths of additional birds, because the loss of the main food provider increases the chances that his dependent chicks will perish too. The two male Black Harriers had at least five chicks depending on them at the time of their deaths. 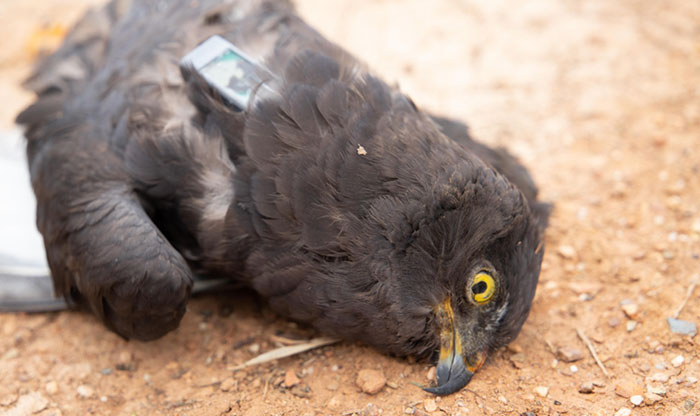 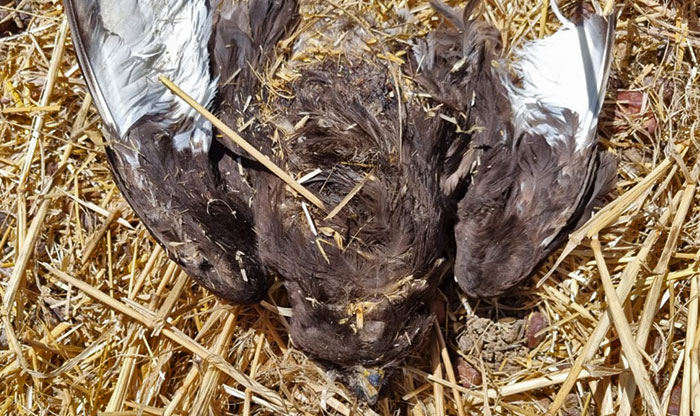 The first bird, tagged only a few weeks ago, appears to have been killed by a grain-cutter during the Overberg harvest season. The satellite data suggests that he was night-roosting in a grainfield, some distance from his nest. Much of the cutting and harvesting of grain takes place at night (because of the more suitable conditions and the fact that there is so much to bring in within such a short window, that farmers have to work through the night). The team believes that the harrier became disorientated by the sudden arrival of a large, noisy machine with bright lights, and was sadly unable to get out of its way in time.

The second bird, tagged in 2020, was the first Black Harrier to be killed by a wind turbine at the new Excelsior Wind Farm north of Bredasdorp. The wind farm is the first to run a shutdown-on-demand programme – where observers monitor bird movement around the wind turbines seven days a week, and can radio-in to instruct a specific turbine’s shutdown should a priority species, including a Black Harrier fly close to a turbine. Turbines are shut down for other red data species including Martial Eagles and Cape Vultures (from Potberg).

Clarissa Mars, Biodiversity Supervisor at the wind farm says, “The Black Harrier collision with our turbines has been such a huge disappointment for our team, and heart-breaking for me. We are so committed to implementing our shutdown-on-demand programme. These collisions will be prevented in the future.”

She says, “We instantly analysed the situation to understand what further mitigation measures should be introduced and this has been done to ensure these types of mistakes don’t happen again.” In this instance, the number of observers has been doubled at a particularly challenging vantage point for greater all-round vision. 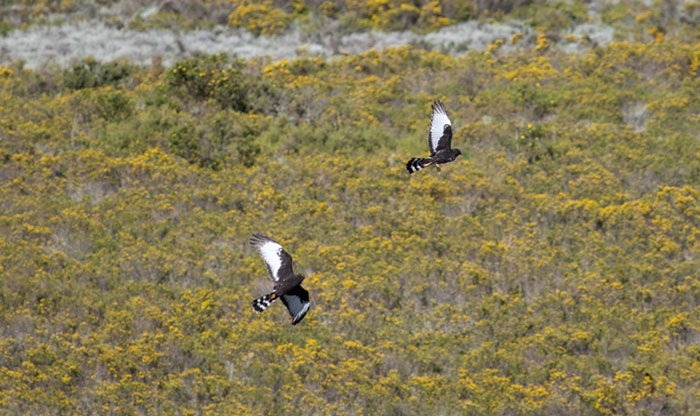 Observations and shutdowns to date

Clarissa says the shutdown-on-demand programme can be an effective mitigation measure. The wind farm has already had more than 179 successful shutdowns between 23 December 2020 and 14 November 2021 for 288 Cape Vulture sightings, 48 Black Harriers and one Verreaux’s Eagle. “Priority species were regularly observed by the monitors and it was encouraging that no priority species mortalities were recorded when the wind farm went into operation in December 2020 till the end of October 2021.”

Aside from the short-term measures to protect birds at wind farms, there are also other methods which eliminate the potential for human error, which have proven to reduce collisions by 100% in some areas: for example, painting one of the turbine blades (or two-thirds of it) black, which makes the turning blades highly visible to birds. This idea has been tested in Norway and was found to be 100% successful with no running costs. Other mitigation measures such as the automated shut down are extremely costly and difficult to implement post-construction. Painting blades is not favoured by South African wind farms as yet because it has an impact on the warranty of the blades and civil aviation insists on white blades. Much work still needs to take place before such interventions become common practice. 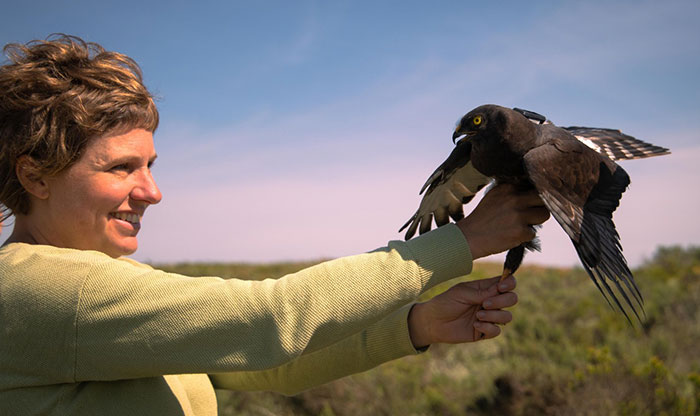 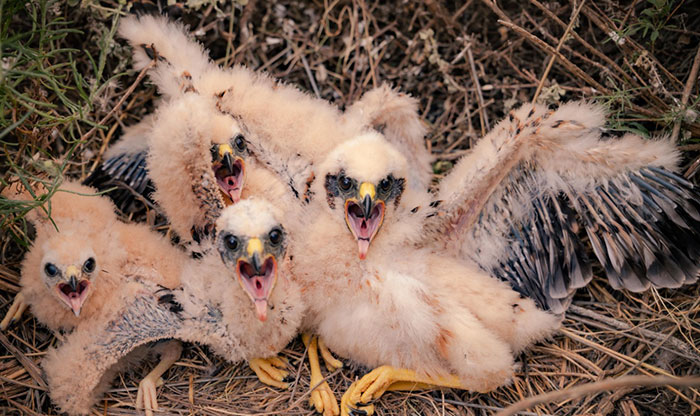 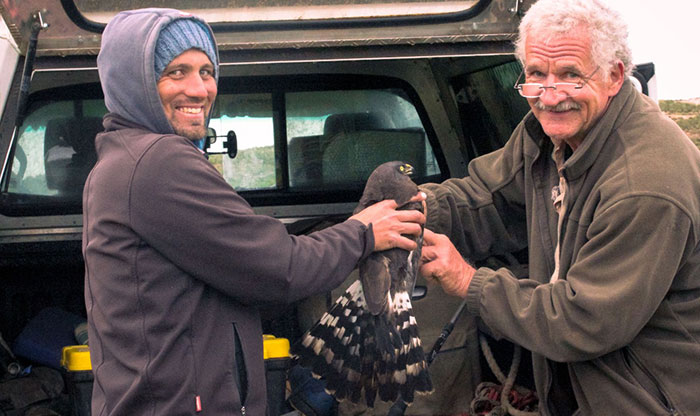 Odette says, “For the ORCT, we need to find out more. That means tagging more birds so that we can better understand mortality rates, and the species’ use of the landscape, in general. And we’ll continue to work with our partners to do what we can to protect this iconic Renosterveld species.

“At the same time, it’s crucial that windfarm developers (of both existing and planned developments) do everything they can to funnel resources into developing and improving the mitigation measures currently in place. BTE has done a lot for the harriers already, more than others have done, but these events show us that all wind farm companies need to do a lot more. ‘Green’ energy needs to be truly green and if it is going to cause the extinction of a top predator, then it cannot claim to be green. We are calling for more stringent conditions to be imposed by government for approved wind farm developments and a more vigorous and proactive approach from developers towards preventing both bird and bat collisions.” 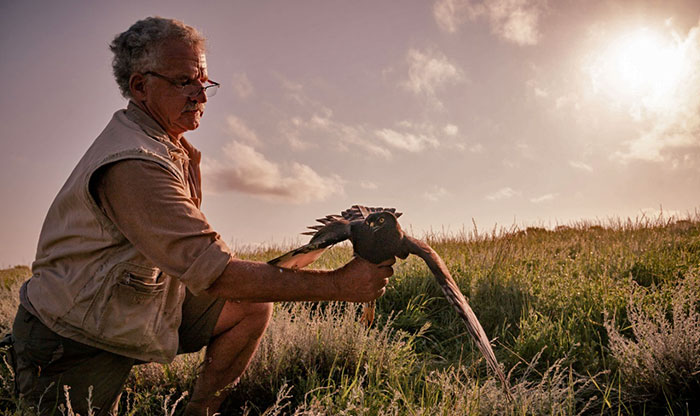 Three of the six tags were funded by the Tygerberg Bird Club, one tag was funded by the Overberg Crane Group, one by BTE Renewables, and one was provided by the National Research Foundation to Dr Simmons. We’re so grateful to our partners and friends for the support to date.  We look forward to working with you in future as we find a sustainable future for Black Harriers. 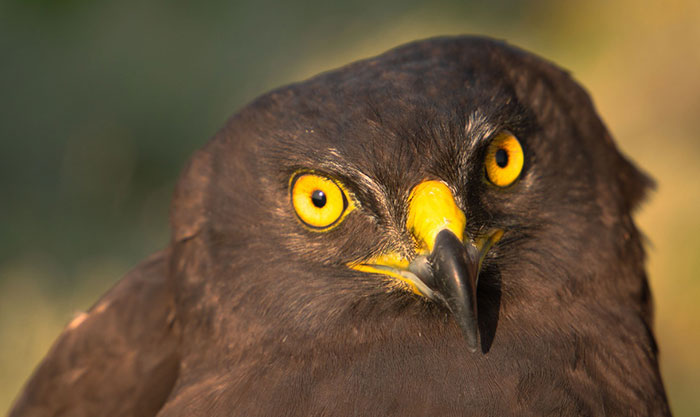