You are here: Home / Renosterveld News / Our mural of memories: In honour of champions lost

The lookout point on Haarwegskloof Renosterveld Reserve is not only the best place to see the largest remaining stretch of connected Renosterveld left on earth.

This view has come to symbolise and remember the many Renosterveld ambassadors and protectors we have lost along the way. In honour of these true Renosterveld champions, you can now look out over the veld, and at the same time enjoy this Renosterveld diorama capturing all the species you’ll find in this Critically Endangered habitat.

The mural was funded by the Jana Stirton Tribute Fund, set up by the ORCT’s Special Advisor Prof Charles Stirton in memory of his late wife, Jana, who passed away in 2015. Jana, who was a phytochemist, loved to sit at the lookout point to contemplate the stillness and beauty of the Renosterveld.

She was warm, spirited, kind, gentle, strong and loving – with a passion for many things, especially nature. She understood the value of wild places such as this site on the Haarwegskloof Renosterveld Reserve, and played her part in protecting them. It was also her idea to create a diorama at this site shortly before her unexpected death.

This work of art was created by artist Nastasha Minyon Sale of Napier. Nastasha, who has an innate love for indigenous plants and animals, has exhibited in England, Israel, Russia, Cape Town – and now also on Haarwegskloof Renosterveld Reserve, where her work of art is open for all to see. 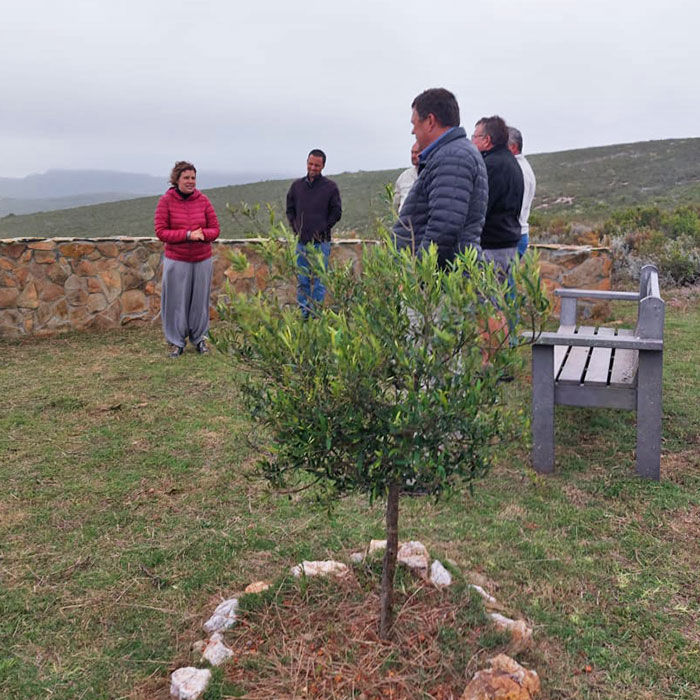 A Wild Olive has also been planted at the lookout point, donated by the parents of the late Stephen Cousins. Stephen was a Renosterveld warrior, and his loss was felt acutely by the conservation community and beyond. His drive and passion for Renosterveld, especially Swartland Renosterveld, created a legacy that lives on, despite his untimely death in a car accident in 2018.

Stephen was kind and considerate – and we still miss him very much! From the viewpoint looking out over the vast Renosterveld landscape, we can stop for a moment to remember his wonderful legacy.

In honour of these two nature champions, we held a launch event in December 2021 with other Renosterveld champions: those farmers who have partnered with the ORCT to protect their fragments of natural veld. While the Covid lockdown prevented Prof Charles Stirton (who lives in Bath, in the UK) from attending, we could still celebrate the lives of these wonderful individuals. 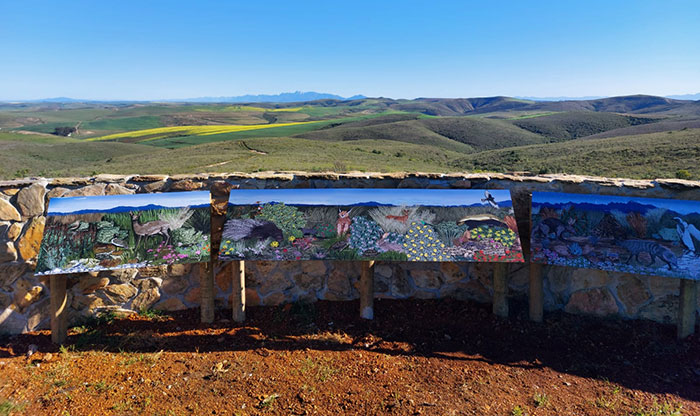 See this for yourself:

Be sure to visit our Haarwegskloof Renosterveld Reserve, and during your stay, take a short trip up to the lookout point. The viewpoint is just above the guest accommodation and is the starting point for our Renosterveld hike.

Then take a few minutes to enjoy – as Jana did – the stillness of this very special Renosterveld spot, and to experience the life in this last vast Renosterveld landscape in front of you. 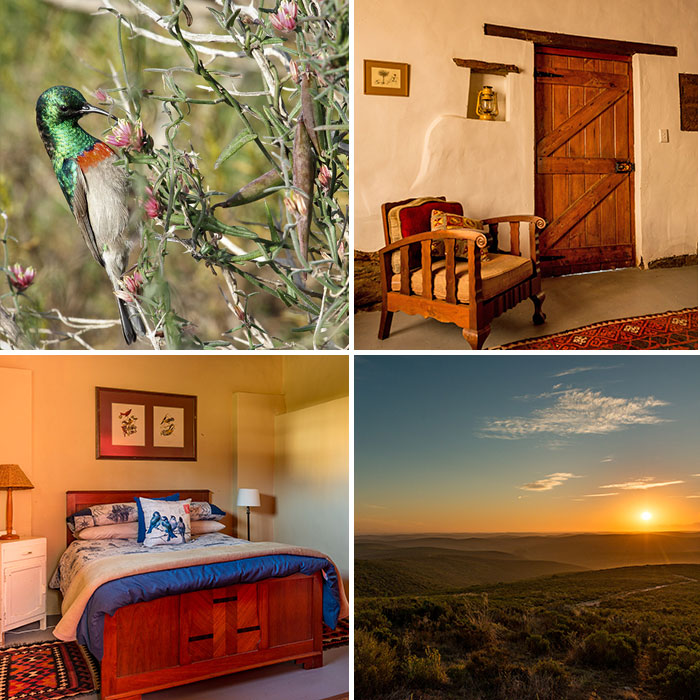