You are here: Home / Renosterveld Centre / Take a hike on this interpreted walking trail

Take a hike through some of the most Critically Endangered habitat in South Africa and the world on our interpreted walking trail on Haarwegskloof Renosterveld Reserve.

The trail showcases the unique biodiversity and flora of the quartz patches of the eastern Rûens, home to several species new to science discovered and described by members of the Overberg Renosterveld Conservation Trust.

While these quartz patches have existed for millions of years, they have only recently been recognised for their unique biodiversity and high levels of endemism, with species differing vastly compared to the surrounding vegetation.

The trail starts just above the homestead on the reserve (you can even drive to the starting point) – and offers an easy walk taking about two hours to complete. Be sure to take your camera, to capture not only the expansive views, but also tiny flowers and plants along the route. 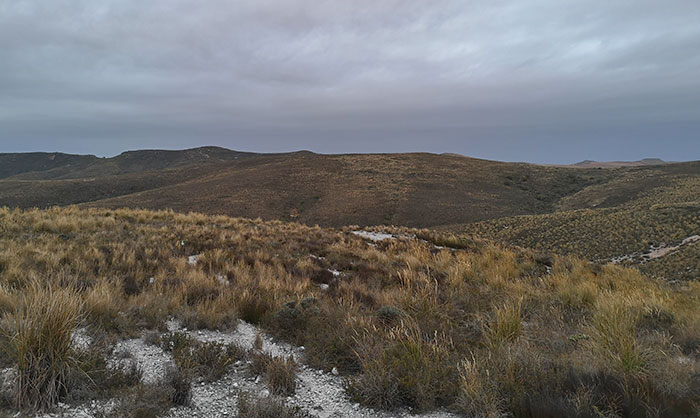 Here are some of the special sightings along the way: 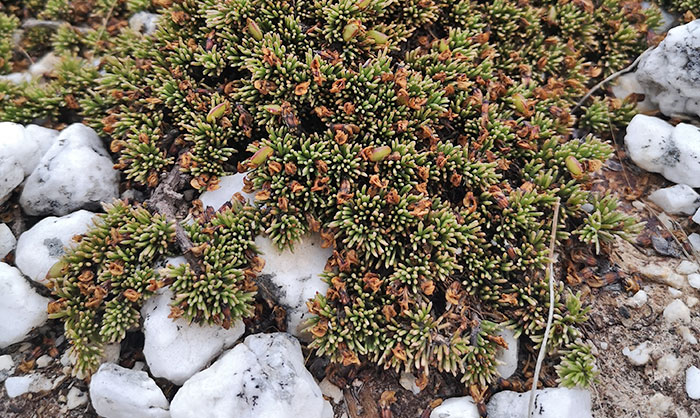 Many more of these plants along the walking trail are Red Listed as being threatened with extinction owing to extensive transformation for agriculture of most of this ecosystem. It is therefore a global conservation priority – and the trail offers rare insight into this Critically Endangered habitat, and the largest remaining area of Overberg Renosterveld left in the world.