You are here: Home / Renosterveld News / Pollination and Habitat Fragmentation in Overberg Renosterveld

The Renosterveld of South Africa’s Overberg region is a highly fragmented ecosystem. Vast herds of game historically roamed these landscapes unimpeded. But over time, they were hunted to local extinction, followed by the introduction of intensive livestock farming. Meanwhile, the veld was ploughed for its fertile soils.

This meant that the landscape became divided by fences, with areas of Renosterveld becoming isolated in patches in today’s intensively farmed agricultural land. 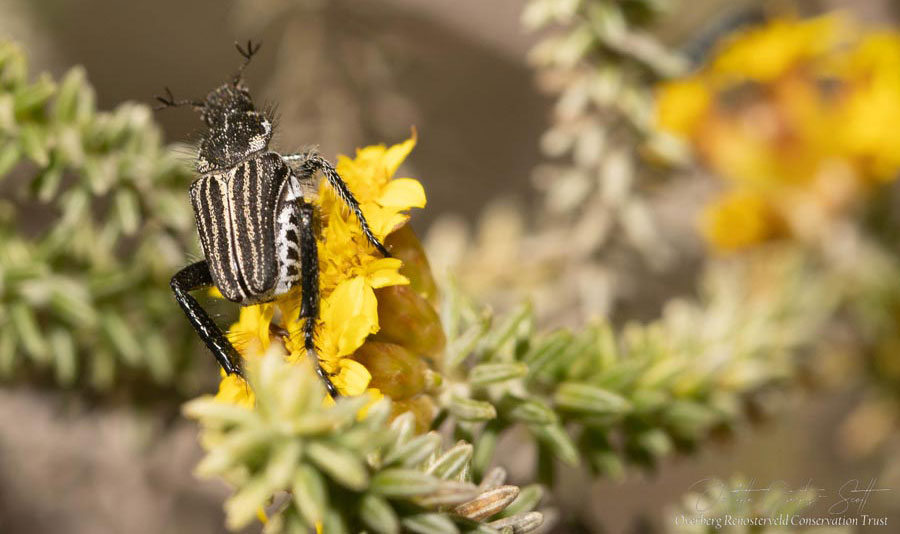 The impacts of habitat fragmentation on the movement of larger mammals through these landscapes is easy to see, but we still know relatively little about how these ongoing changes are influencing insect pollinators as smaller, but equally important members of Renosterveld biological communities. 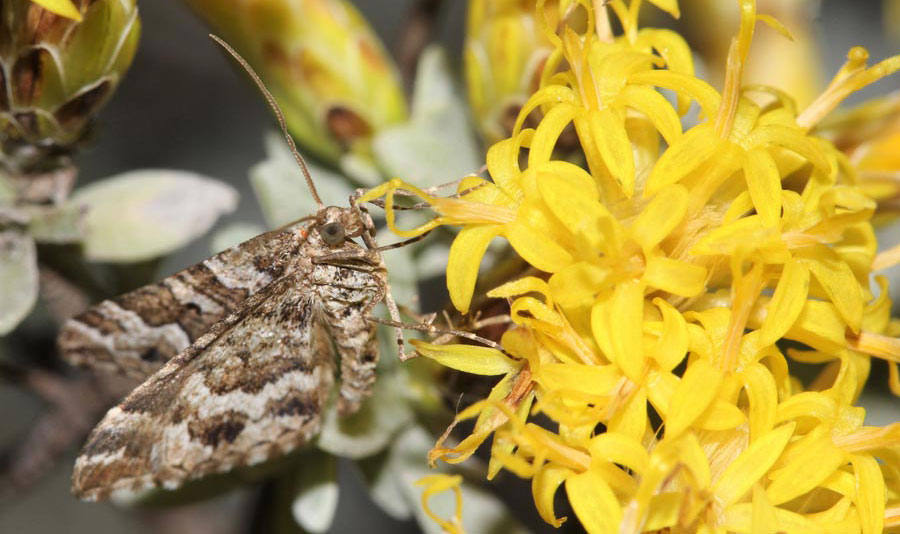 This research was undertaken in collaboration with the Overberg Renosterveld Conservation Trust under the supervision of Professor Sjirk Geerts at CPUT. Sina and Simone worked at the heart of the Renosterveld in the Eastern Rûens, based at our well-equipped research centre at the Haarwegskloof Renosterveld Reserve.

The findings of this research have now been published in a new paper in the South African Journal of Botany, which has also been co-authored with Opeyemi Adedoja and Mirijam Gaertner.

The main aim of the study was to examine how the size of patches of vegetation influence visit rates by pollinators on winter flowering plant taxa in Eastern Rûens Shale Renosterveld. 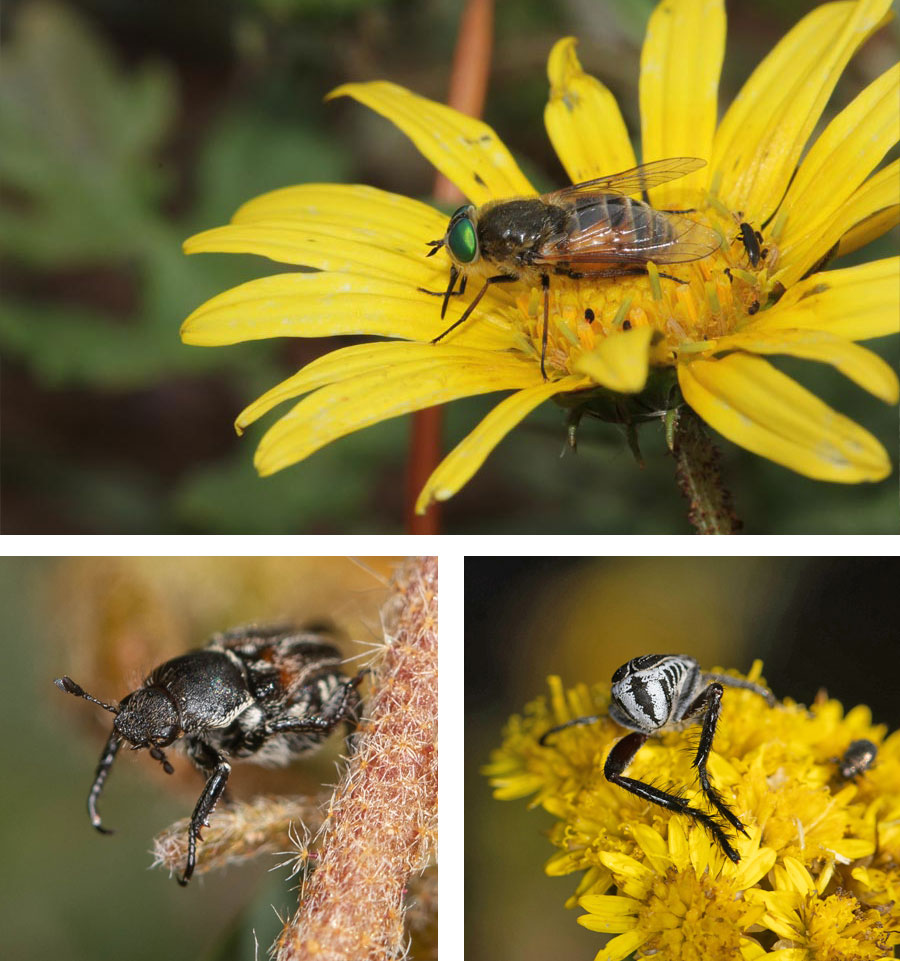 They also explored the degree of isolation of these small and medium patches by measuring their distance from other Renosterveld fragments. The findings from this were then compared with Haarwegskloof Renosterveld Reserve as the world’s largest surviving intact area of lowland Renosterveld, with the reserve being referred to as the ‘mainland’ in the study, with the smaller fragments being comparable to islands.

Observing pollinators is a task that requires quiet patience, while spending many hours in the Renosterveld sitting with flowers in bloom watching and waiting for insect visitors to arrive. With changeable weather and fewer Renosterveld plants in flower during winter, this becomes an increasingly challenging task. 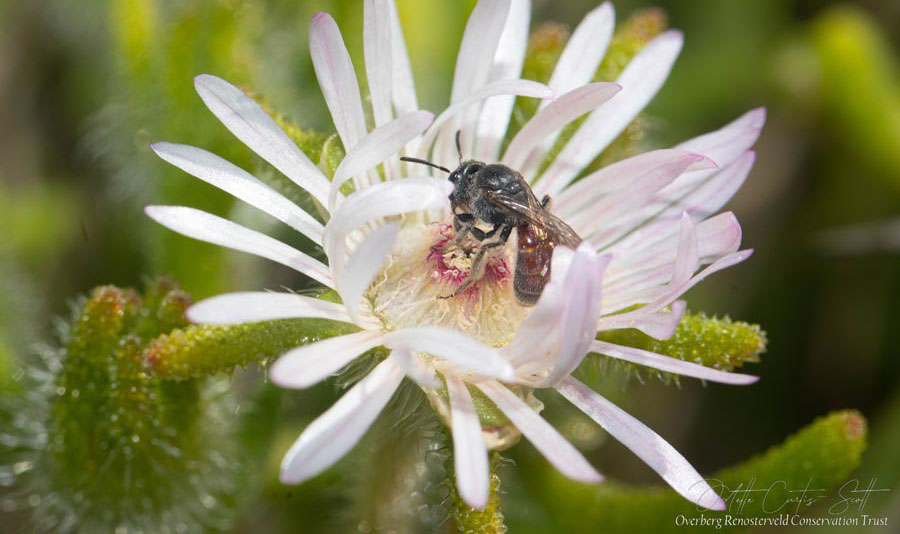 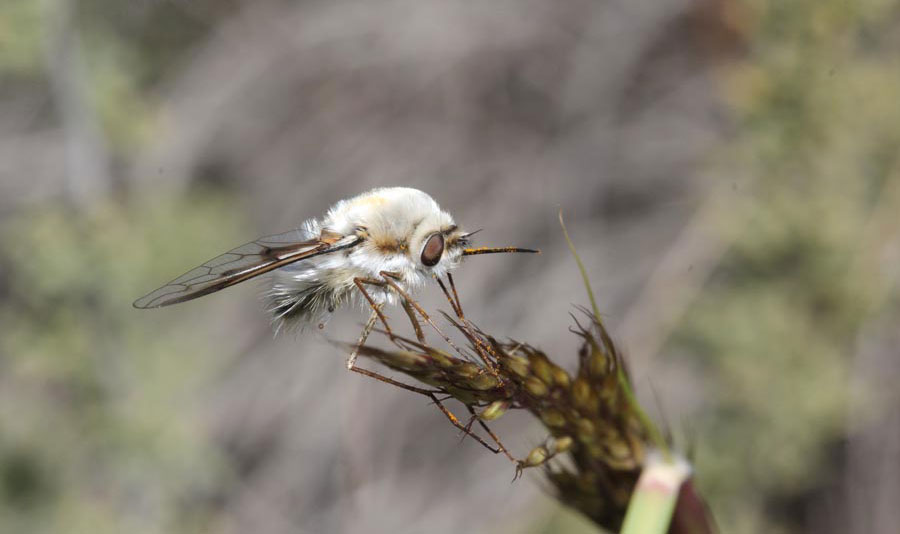 Overberg Renosterveld plant species were shown to be strongly reliant on visiting pollinators to reproduce but were not pollen limited. This means that adding more pollen to the plants does not lead to them producing a greater abundance of seeds.

The implications of these findings are that fragmentation is less likely to affect the pollination rate if the patch is above a certain size. However, further research is required to determine the specific level of this threshold. 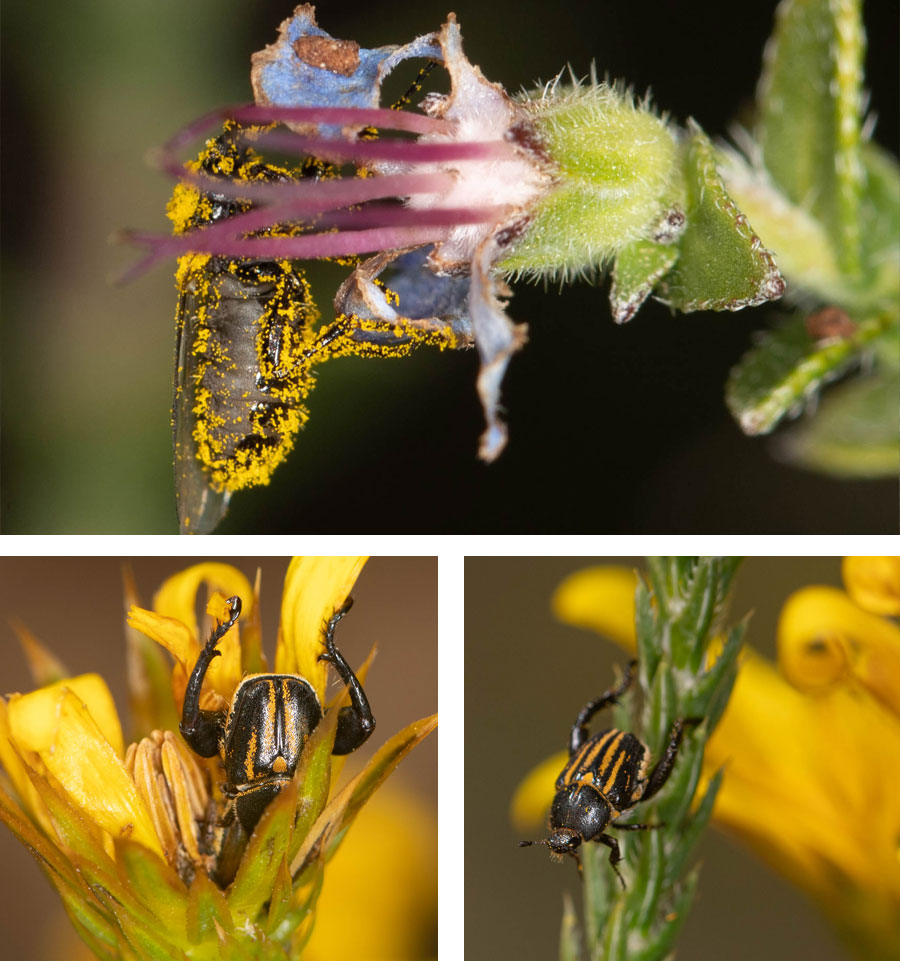 It is also possible that due to the external threats facing Renosterveld, including fragmentation, use of pesticides and herbicides and other edge effects, local pollinator extinctions may already have started to occur.

Many insect pollinators that occur in Renosterveld vegetation are highly specialised, and in some cases visit only a few or even one specific species. They are even more vulnerable to the threats posed by patch fragmentation, reduced patch sizes and patch isolation.

The findings of this study shed new light on the survival challenges faced by insect pollinators in our imperilled Renosterveld. But we are only just starting to understand the complex plant-pollinator relationships that are found in these landscapes. 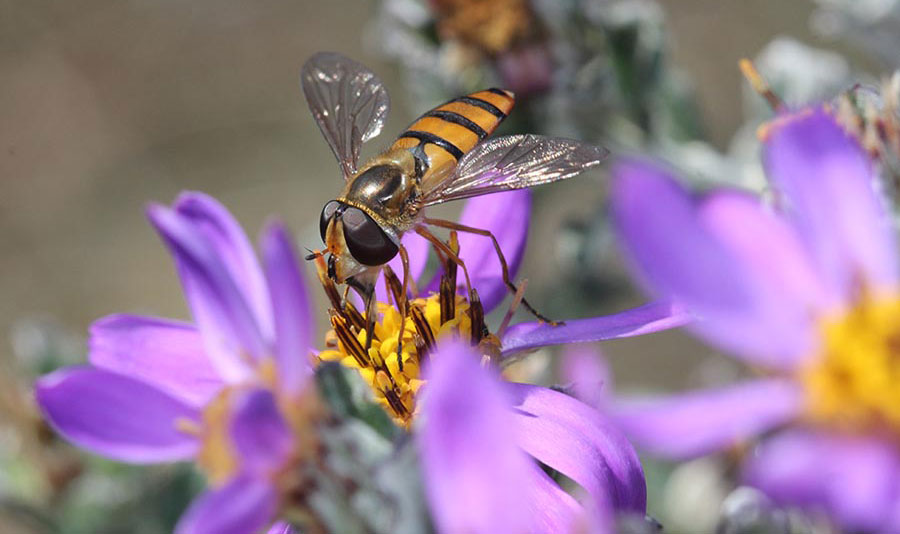 Further applied research is needed to deepen our understanding of pollinator networks in Renosterveld, as well as to further explore the effects of fragmentation and other pressures on insect pollinators. This should be coupled with continued strategic conservation efforts, to support the resilience of these highly biodiverse shrublands.

The Overberg Renosterveld Conservation Trust collaborates with a range of researchers working to grow our knowledge of these unique and highly threatened ecosystems, including their insect pollinators. Please consider donating to support the ORCT’s vital work. 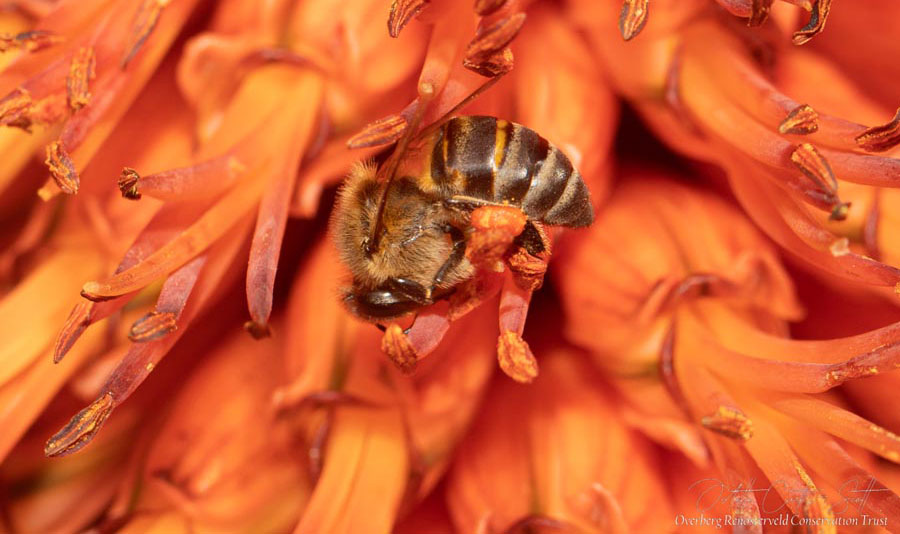