You are here: Home / Renosterveld News / Oren Taylor: On Conservation, Philanthropy and Renosterveld

Businessman and environmentalist Oren Taylor is no stranger to the Overberg Lowlands Conservation Trust. He is one of our most loyal supporters. Oren first came to prominence in 2012 soon after the founding of the Overberg Lowlands Conservation Trust (OLCT) through his purchase at auction of the naming rights of Hesperantha kiaratayloriae, which he named after his daughter Kiara Taylor. This beautiful pink bulb is only found at one site and extensive efforts to locate additional populations have thus far been unsuccessful. There are thought to be only around 100 mature individuals remaining in the wild and it is thought the majority of the habitat of this species has been lost to ploughing of Renosterveld for agriculture.

Funds from Oren Taylor’s generous donation formed a valuable contribution to the OLCT and its innovative conservation work in the Critically Endangered Renosterveld vegetation in the region. We chatted to Oren to find out why he feels Renosterveld conservation is so important and why he continues to support the Trust.

Oren Taylor grew up on a farm near Vereeniging in Gauteng, South Africa’s smallest but most populous province. In 2000 he moved to the UK, there building a successful career in private equity, software development and business. Alongside his corporate career Oren has a long history as an environmentalist and as a prominent and generous philanthropist to the conservation sector. Initially a supporter of numerous projects run by Flora and Fauna International, the world’s oldest conservation non-profit, Oren is now also one of the OLCT’s longest term supporters.

Oren Taylor first met Dr. Odette Curtis, Director and Founder of the OLCT at the auction for the naming rights of Hesperantha kiaratayloriae, run by Flora and Fauna International. “When I first met Odette I could feel her passion and all that excitement to do something. That goes a long way”. At the auction Oren placed the winning bid, wanting to name the newly-discovered Hesperantha species after his daughter Kiara: “I wanted to put my daughter’s name down in history….whatever happens her name will be there as long as there is a data book around species. Leaving a legacy for my daughter even though she has her whole life ahead of her was something that appealed to me”. 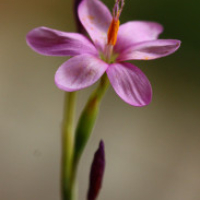 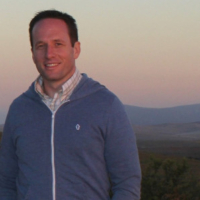 This generous purchase was just the beginning of Oren Taylor’s support of the Trust’s work. Now in addition to ongoing financial support he also donates his time to the Trust, working alongside Odette to build a portfolio of regular corporate donors to build a more sustainable long term income for the OLCT. Last December he came to visit the newly designated Haarwegskloof Renosterveld Reserve and Research Centre, which was developed and now managed by the OLCT. Oren is one of a prestigious group of Friends of the Trust who provide skills, expertise and resources to assist the OLCT with its mission.

The Renosterveld of the Overberg Rûens is a unique and rich habitat of global importance to conservation and is one of South Africa’s most underconserved ecosystems. Oren is quick to comment on this: “I guess it is the uniqueness of it….everybody is trying to save the big iconic species but it is the little things under your feet that people are less interested in. I thought that people aren’t looking after this and that we’re going to lose it forever. It was a really unique opportunity to get involved and do something that no-one else has done. There is something really interesting and exciting about fighting against the world to save something. Maybe I’m a sucker for fighting against the odds but I think that has a level of excitement in it. My personal career is all about starting things and saving things by thinking differently and alternately and I think it just suited my personality”.

But why should we save the Renosterveld? Why is it so important? Oren offers his perspective: “The point is that we haven’t even learnt about the things that we are about to lose. I think the world is a poorer place as long as we lose diversity in the world. It’s about us and our future. Humankind’s future. The Renosterveld of the Overberg and the saving of it is directly linked to the future of humankind and it is through biodiversity, through any scientific gains. Who knows what plant is going to help save somebody? Knowledge is power. We’re losing knowledge and the loss is caused by our own hands and so we have to save it with our own hands”.

Oren visited Haarwegskloof Renosterveld Reserve, one of the jewels in the crown of the Trust in December of last year. He was impressed with what he saw: “I didn’t really have any expectations…I think the only thing I would say is that it is just lovely. It is a great little place to sit around and have a coffee. I think there is potential there and it will expand and grow. It is a lovely place, you know”.

Oren Taylor first became involved with the OLCT in the relatively early days. He recognises that work with the Trust is “at the raw end of conservation”, with a small team everyone has been forced to be versatile and challenged at all levels. He has watched it and its people grow with time, thus offering a unique view: “I think everyone involved really gets involved there…because you are so few and the learning curve is huge, you’ve got to do everything from picking up the manure to being the ambassador for the organisation. Life is about stepping out of comfort zones which helps you grow. I can see that happening with Odette and everyone involved”.

The Trust has grown from small beginnings over the last three years and now we are here to stay. We couldn’t have done it without supporters such as Oren Taylor and will continue to need your support to grow and continue our vital work.

WAYS IN WHICH YOU CAN CONTRIBUTE TO THE OLCT

Please don’t forget that we recently launched a series of different options through which you can con-tribute to the work that we do. Without your continued support, we will not be able to continue our critical work.