According to the 2019 IBPES report, trends in global agricultural production have increased worldwide, with its value ($2.6 trillion in 2016) having increased threefold since 1970.

With a growing human population to feed and house, more than 75% of the Earth’s terrestrial surface has been significantly altered. Indicators of sustainability of agricultural production such as pollinator diversity have decreased, demonstrating that this growth is not sustainable. More than 1 million species worldwide are threatened with extinction. 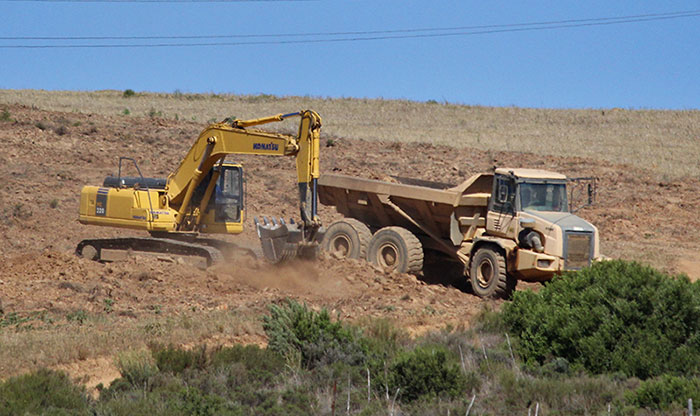 According to a hard-hitting seminal research paper by Glenn Moncrieff (2021) of SAEON (South African Environmental Observation Network), published in the journal Remote Sensing, land cover change through habitat transformation for agriculture is one of the primary threats facing Overberg Renosterveld. This lowland ecosystem is one of the world’s most biodiverse mediterranean type shrublands but also one of the most threatened.

Moncrieff’s research uses satellite imagery to map and date all incidences of land cover change that have taken place in Overberg Renosterveld from 2016 – 2020. Improvements in technology have opened up new research opportunities, providing data scientists with imagery for remote sensing work in increasingly fine scale detail and resolution.

This remote sensing focused work is able to identify a relatively closely defined time stamp of when each vegetation loss event took place. A total of 50% of change events could be dated to within two weeks of them taking place, with a total of 87% of these being dated to within two months. 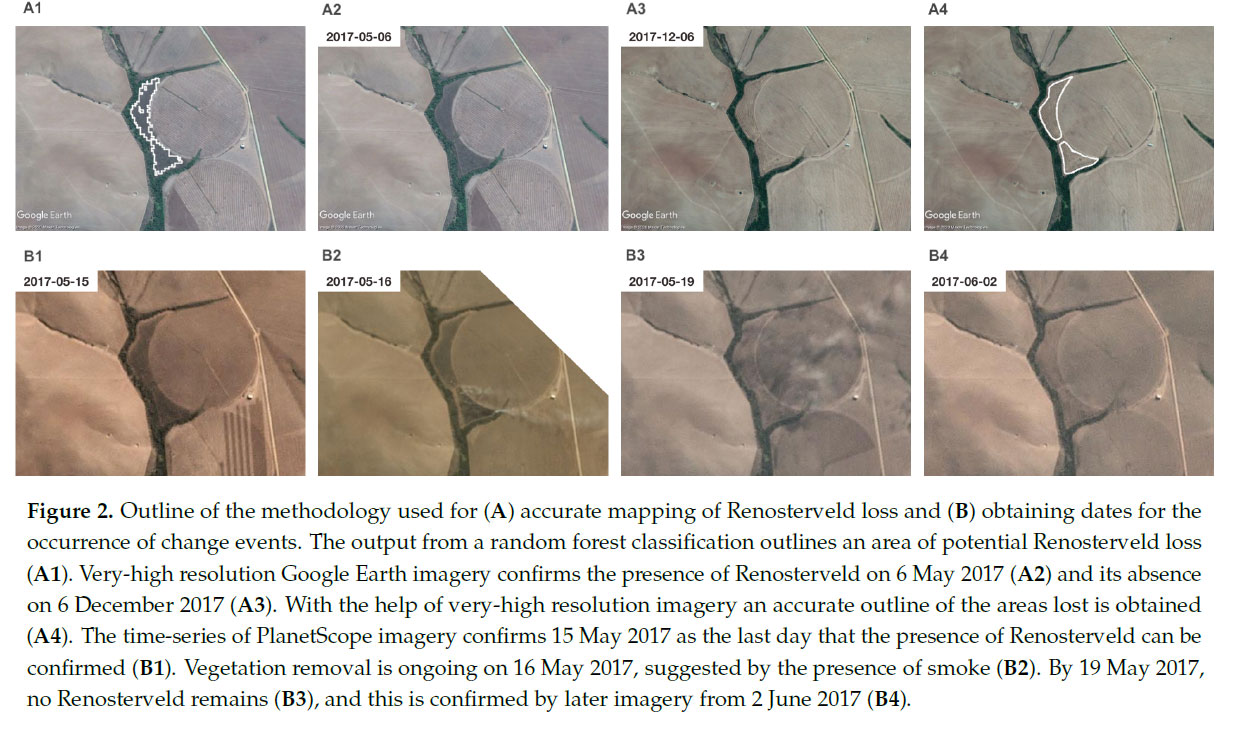 This fine scale, temporal land cover change (i.e. changes in vegetation cover over time) data highlights that the majority of these losses took place during the main ploughing seasons prior to planting and harvesting of annual cereal crops. These findings clearly demonstrate that the majority of Renosterveld vegetation loss can be attributed to illegal ploughing of Renosterveld for crop cultivation.

Research shows that even small fragments of Renosterveld have significant biodiversity and conservation importance. With so little Overberg Renosterveld remaining, it is all vitally important as part of a connected, biodiverse agricultural landscape. We cannot afford to lose any more.

Ploughing of any lands that have not been cultivated for more than ten years is illegal without a permit and ploughing of natural vegetation such as Renosterveld or Fynbos is illegal under any circumstances. Penalties for those who are caught can be severe (and, according to NEMA and CARA, can result in serious fines running into millions of Rands or even jail time). We need to include links to the respective laws here!! 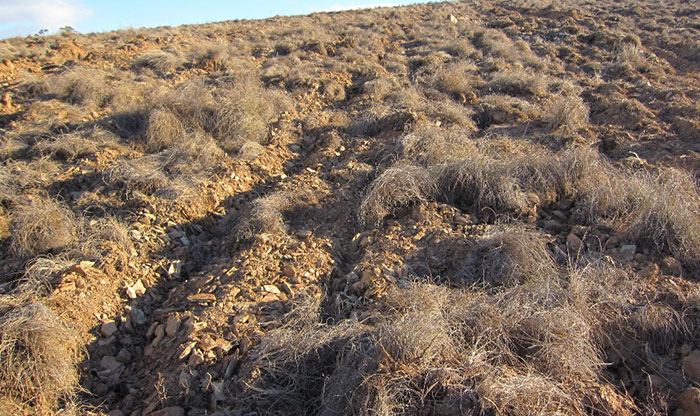 This research highlights how improving research and remote sensing technologies mean that those committing this offence are becoming increasingly likely to be caught with smart use of satellite imagery being an excellent potential source of evidence should any prosecutions take place. Environmental enforcement is being stepped up and the authorities are increasingly taking action against any transgressions that may take place.

It is vitally important that landowners remain aware of this key legislation and undertake farming activities sustainably within South Africa’s environmental laws. With most Renosterveld on private land, landowners are the custodians of this precious, increasingly rare biodiversity heritage. 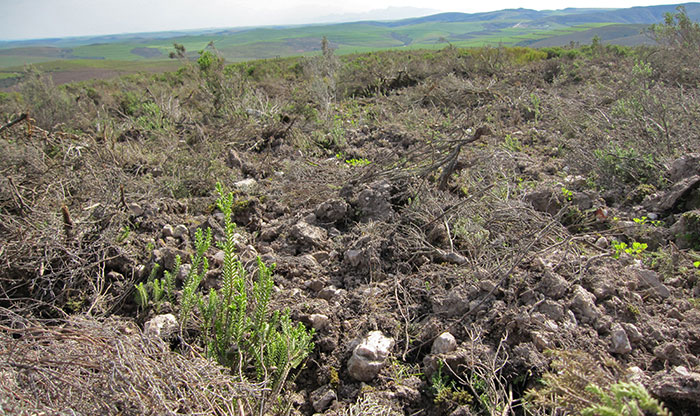 Please consider supporting the vital work of the Overberg Renosterveld Conservation Trust by making a donation to support our work.