You are here: Home / Renosterveld Articles / Education, ecology and endemism

Education, ecology and endemism: Unravelling the mysteries of the Overberg’s Quartz Fields

South Africa’s renosterveld is one of the country’s most under-researched vegetation types. There are still many secrets yet to be revealed about its flora, fauna and ecology. Renosterveld was originally thought to be a relatively homogenous vegetation type but more recent research has revealed that this assumption couldn’t be further than the truth. Renosterveld is now recognised as one of the world’s most species-diverse Mediterranean-type shrublands and is considered a priority for research to better understand its ecology and to inform management practice.

This need has brought about the formation of an exciting new international research collaboration for the Overberg Lowlands Conservation Trust, led by Associate Professor Muthama Muasya from the Department of Biological Sciences at the University of Cape Town (UCT). Other team members will include Dr Samson Chimphango (UCT), Professor Charlie Stirton (Special Advisor to the Board of Trustees), Dr Odette Curtis (Trust Director and Founder) and Dr Ute Schmiedel from the University of Hamburg in Germany. Jannie Groenewald will be undertaking his PhD as a key component of the project.

Jannie finished his MSc at Stellenbosch University in 2014 looking at the biodiversity and ecology of Rûens Silcrete Renosterveld and shortly afterwards joined the Overberg Lowland Conservation Trust as Manager of the new Haarwegskloof Renosterveld Reserve. His research will be focussing on deepening our current knowledge of the floristic composition and ecology of quartz patches in Overberg Renosterveld.

These quartz patches form ‘islands’ of differing geology within Rûens Shale Renosterveld and Rûens Silcrete Renosterveld. They are characterised by a unique flora with exceptionally high levels of endemism with species which are predominantly absent from the surrounding vegetation. In 2013 Dr Odette Curtis and colleagues published taxonomic descriptions of no less than six new species endemic to these quartz patches, including the prostrate Aspalathus quartzicola and sedge Ficinia overbergensis. In addition, the Critically Endangered Hesperantha kiaratayloriae was also discovered growing in this habitat and to date only one population of this beautiful geophyte is known.

Our understanding of the ecology of these quartz patches is still limited and this will form the focus of Jannie Groenewald’s PhD research. To date the Overberg’s renosterveld quartz patches have not been comprehensively mapped and undertaking this task will form part of the project.  This research will also help in attaining a better understanding of the role of environmental factors such as soils in determining the assemblages of the unique plant communities of these quartz patches. Comparisons will be drawn between quartz patches in the Overberg and others elsewhere in South Africa within Klein Karoo and Succulent Karoo vegetation. 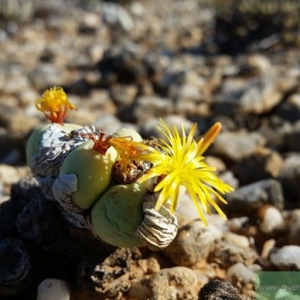 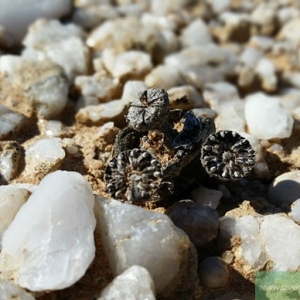 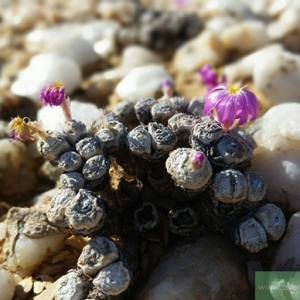 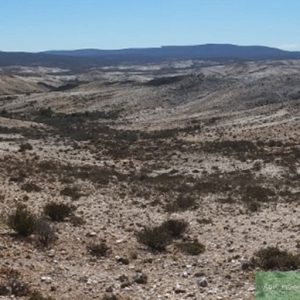 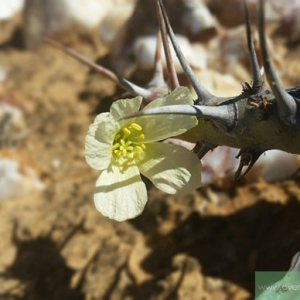 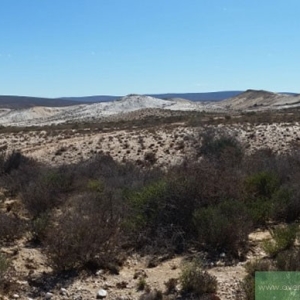 Recently a collaborative fieldtrip for the project was held in the Knersvlakte in Namaqualand, home to some of the largest quartz fields in Southern Africa. The trip offered an excellent forum for exchanging ideas and knowledge between different members of the team and a highly enjoyable time was had by all. We will report regularly and provide feedback on what will be learnt as the project grows and develops. Watch this space…..