You are here: Home / Renosterveld Articles / Characterising native palatable legume and non-legume species in the rangelands of the Overberg

The landscapes of South Africa’s Overberg region are characterised by rolling hills (known as the Ruggens or Rûens) comprising a mix of both commercial agricultural farmland and fragments of the original Renosterveld vegetation, often in areas where the ground it too steep or rocky to plough. The agricultural lands of the region are farmed with a mix of crops such as wheat, barley and canola on a rotation with fodder crops for grazing by domestic livestock such as sheep and cattle.

At present farmers rely largely on introduced species such as Lucerne and Medicks as fodder crops for their livestock. The quality and successful growth of these fodder crops are of prime importance to farmers as this determines livestock health and productivity. However, with changing climates this region is forecast to become much drier with increasing temperatures forecast in future. This has therefore raised the concern that the existing introduced fodder crops, which are dependent on good winter rains, may not grow successfully in the Overberg in future or the crop may fail more often, thus requiring costly re-sowing and a loss of productivity due to drought stress from these forage crops once they are established.

The main aim of this research is to investigate the palatability of plants which are native to the Renosterveld vegetation of the Overberg in order to look at their potential for use as pasture crops for livestock grazing instead of introduced non-native species. It is likely that plant species native to the region are likely to be far more drought tolerant than the current legume species used, such as Lucerne (Medicago sativa) and will grow with less need for chemical fertilisers, thus saving money and being better for the environment.  Use of native legume pasture crops also may in future create potential for more permanent artificial pastures which are not ploughed up after 8-10 years as is the case with current pasture crops used.

This study, which will be conducted on 9 farms in the Overberg region, aims to understand the chemical components of selected native palatable vegetation (legume and non-legume species) to determine their palatability and nutritional value to livestock. It is hoped that these palatable native plant species which are well adapted to withstand the associated climate conditions will ultimately be used as livestock fodder to supplement the introduced non-native pasture crops currently used.

The study objectives for the project are: (1) To evaluate the nutritive value of selected native palatable legumes and non-legume species in the Overberg lowlands. (2) To determine the seasonal variation (autumn and spring) of the nutritional quality of these native palatable species. (3) To determine the soil chemistry and its effects on the nutritional quality of the native palatable species. (5) To inform the policy makers (Western Cape Department of Agriculture) and farmers, so that improved decision-making processes may be implemented with regards to the increasing the productivity and grazing potential in the previously-farmed Overberg lowlands. 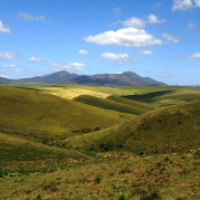 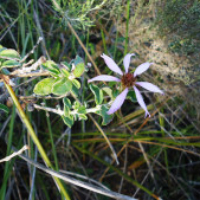 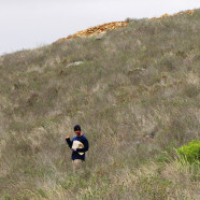 For this research various native plant species were selected to analyse their nutritional quality. These species were then categorised into two groups: Legumes (nitrogen-fixing species that belong to the pea family) and non-legumes (such as grasses and daisies). To determine the nutritional quality of my selected native plant species a suite of different chemical parameters will be analysed.

Thus far I have completed two successful field seasons while staying at the new research centre at Haarwegskloof Renosterveld Reserve. Fieldwork involved visiting various farms across the Overberg and collecting samples of the plants selected for use in the study as well as soil samples for later analysis. I am currently working on grinding samples in the lab pending further analysis. I would like to thank the Trust for their collaboration and research support as well as NRF for project funding, Dr Samson Chimphango and Dr Igshaan Samuels for supervising this research as well as Jannie Groenewald and Zoë Poulsen for assistance and advice during data collection. I hope to report on results within the next year.