You are here: Home / Renosterveld News / Another easement signed: “For Renosterveld, and for my father”

There’s a reason why farmer, Nico Neethling, chose to sign his conservation easement HERE. It not only overlooks the patch of Renosterveld he’ll be protecting forever. It’s also next to the grave of his father, on their family farm, Keykas, close to Klipdale in the Overberg.

Nico says, “My dad used to play here as a child along these hills. He grew up here. He loved this natural land.”

It brings the total number of hectares under easements in the Overberg Renosterveld Conservation Trust’s (ORCT) Easement Programme to nearly 1500 hectares.

According to Dr Odette Curtis-Scott, the Director of the ORCT, the easement is important not only because of the many Renosterveld species found here. “This easement is part of our Central Rûens Shale Cluster – the veld type with the least hectares remaining and the fewest under formal protection It contributes towards our dream of protecting all Renosterveld along the Sout Rivier: an important corridor that facilitates the movement of wildlife that depend on Renosterveld for survival, including pollinators.”

Nico says, “It’s the right thing to do. Where would the animals go (if the Renosterveld weren’t here). You can take it out, but why would you? In the long run, you have to think about the nature. Nature was here before us.” 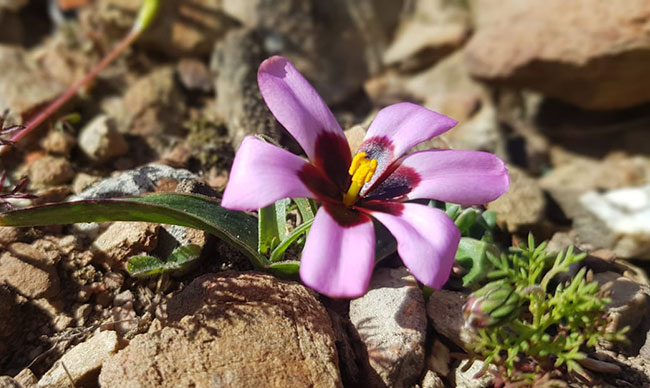 With the easement in place, the ORCT commits to provide essential management support to Nico. That includes support to:

The Keykas Conservation Easement protects Critically Endangered and Endangered Renosterveld species such as Lotononis villosa and an unusual colour morph of Moraea melanops. 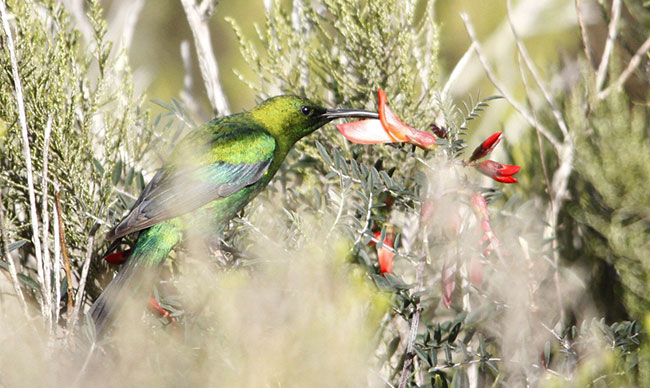 The ORCT’s bird monitoring here has also found a wide range of species that rely on this habitat for survival. That includes threatened species like:

Keykas Easement was made possible through funding from the Table Mountain Fund, an associated Trust of WWF South Africa. 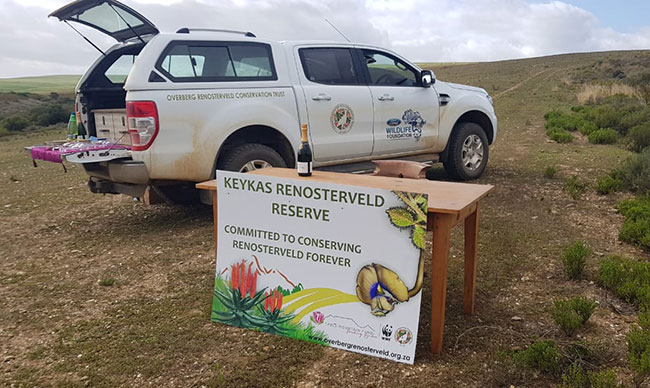 The ORCT is also provided with vehicles by the Ford Wildlife Foundation.