How do small antelope, like Duiker and Cape Grysbok, survive in the Renosterveld and lowland Fynbos areas? And is conservation action actually benefiting them?

Two MSc students are taking a closer look at the movements, feeding habits and interactions of three small herbivores.

The aim? To understand how the environment – AND HUMANS – impact on the area these mammals use, when they use it, how they feed on it, and how they behave. 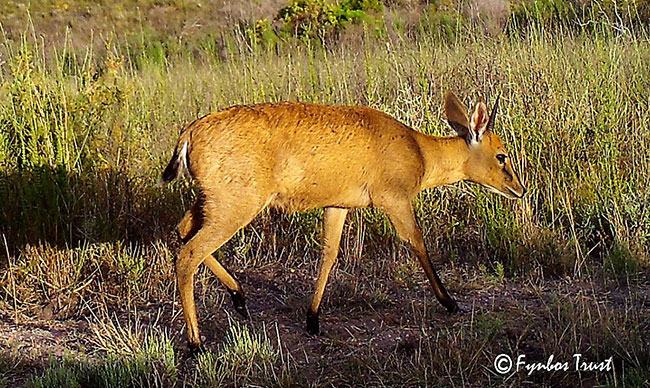 The question is particularly important because they’re living in and using fragmented habitats, including critically endangered Renosterveld, as well as agricultural land.

The study will also investigate how conservation measures at a landscape scale, impact on the behaviour of the buck, in relating to each other and their physical surroundings. The Overberg Renosterveld Conservation Trust has focused on creating conservation corridors as a tool to protect vegetation and wildlife. And students will look at these corridors, to better understand how (and if) extinction rates have been lowered, and whether they allow for the movement of animals. 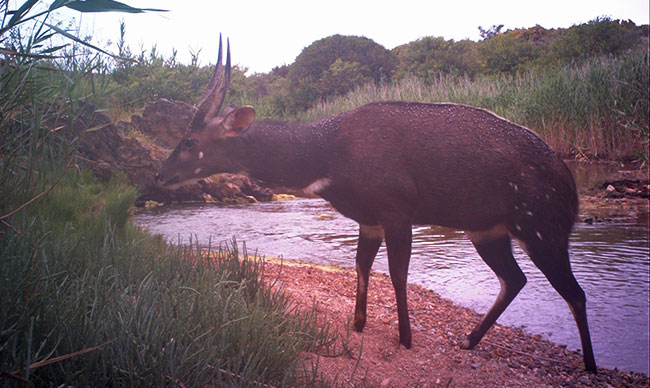 – Set up camera traps in the study area to witness the presence of the target species of antelope, predators, humans and other potentially competing species;

– Use isotope analysis and vegetation and feeding surveys to see what the feeding (grazing and browsing) preferences of these animals are.

The study started in January 2019, and runs for three years.