You are here: Home / Renosterveld News / Odette at Davos: The ORCT attends the World Biodiversity Forum

The FIRST World Biodiversity Forum brings some of the world’s top researchers and scientists together in Davos, Switzerland in February.

And among them is Dr Odette Curtis-Scott, Director of the Overberg Renosterveld Conservation Trust. 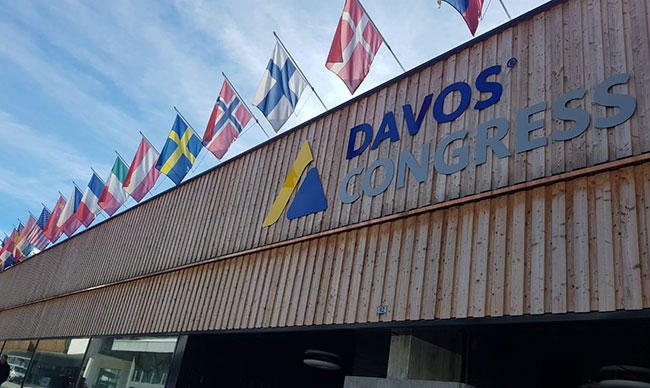 She showcases the plight of Renosterveld to this international audience, detailing some of the challenges to protect this highly fragmented habitat; but also the many success stories.

Odette offers a series of practical examples of conservation at work. This includes the establishment of the Haarwegskloof Renosterveld Reserve and Research Centre, and the Conservation Easement Programme, where farmers commit to protect their Renosterveld in perpetuity.

The Forum, which takes place between 23-28 February, aims to redefine and set the agenda for biodiversity as a focal point over the next decade. It focuses on the threats of the Sixth Mass Extinction globally, and the need for biodiversity to be at the forefront of international talks.

It’s also the precursor to the Convention on Biological Diversity, which takes place at the end of 2020.

While Renosterveld is the RICHEST bulb habitat on earth, it’s also one of the most threatened Mediterranean Ecosystems globally. Only about 5% of the original extant of Overberg Renosterveld remains today.

Odette concludes that despite the many conservation challenges, it’s vital to “never forget why we do what we do”.

She quotes John Sawhill (previous CEO of The Nature Conservancy), “Our society will be defined not only by what it creates, but by what it refuses to destroy.”