You are here: Home / Renosterveld Centre / How does it work? Investigating ecosystem function in the Overberg’s Rûens Shale Renosterveld

Oliver Cowan is no stranger to Renosterveld. A few years ago the quagga paddocks on the lower slopes of Cape Town’s Devil’s Peak went up in smoke. Helicopters water bombed the blaze and many people looked on in curiosity. This control burn was all in the name of research, to investigate possible ways of bringing back the Critically Endangered Peninsula Shale Renosterveld to one of its former homes.

Oliver was one of the students working on this extraordinary restoration project for his Masters research, studying restoration potential, species diversity and land use history. After his thesis was complete he headed off on a long journey, taking on the gargantuan task of cycling the length of the African continent. The start of this journey took him through the Overberg. Oliver recalls cycling from Bredasdorp to Swellendam as a massive storm rolled in, being struck by the beauty of the landscape from its rolling wheat and canola fields to its stunning Renosterveld, with birds of prey soaring in the sunlight between the scattered storm clouds.

Since completing that journey Oliver has now returned to the Overberg to begin his PhD in the Department of Environmental and Geographical Sciences at the University of Cape Town, supervised by Dr. Pippin Anderson. This research is undertaken in collaboration with the Overberg Renosterveld Conservation Trust, studying functional ecology of Critically Endangered Rûens Shale Renosterveld.

This research is undertaken with a view towards informing future management and restoration interventions. Functional ecology is essentially investigating the role that different species play in the ecosystem communities in which they occur. It is particularly important in a restoration ecology context because achieving a fully functioning ecosystem that requires little further management intervention is one of the primary goals of ecological restoration. 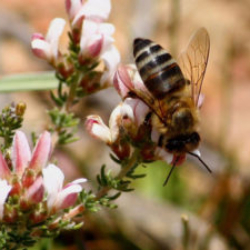 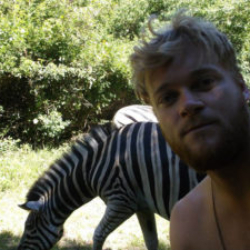 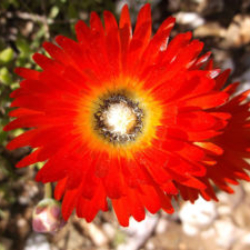 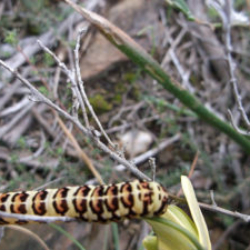 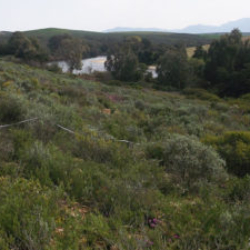 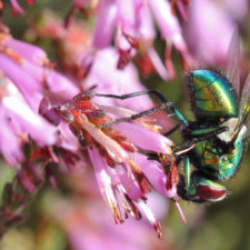 Renosterveld is at present one of South Africa’s most little understood and under-researched vegetation types and there are considerable gaps in knowledge and understanding on how Renosterveld works as an ecosystem and how best it should be managed. Oliver says that this is one of the things that has most attracted him to study Renosterveld ecosystems: That Renosterveld has often in the past been the neglected “underdog” of the Cape Floristic Region’s plethora of vegetation types. Research such as that which Oliver is undertaking is therefore critical to facilitate developing methods to ensure best conservation practice. In the Overberg only 4% of Renosterveld’s former extent remains, thus making it all the more vital to look after what we have left as best we can.

For his PhD research Oliver is investigating a suite of different ecosystem functions in Overberg Renosterveld, from the effects of ecosystem degradation upon pollinators in Rûens Shale Renosterveld through to diving deeper under the ground to look at soils and their faunal activity in collaboration with an Honours student in the department. He is making great progress thus far: Last spring he collected vegetation data from a total of 21 Modified Whittaker plots and with help from colleagues identified a total of 290 plant species across all field sites. He returned to the field to record functional trait data (traits that define species in terms of their ecological roles in interacting with other species within their environment) and collect soil samples which have now been processed. This coming spring Oliver will be returning to the Overberg to begin his investigations into pollinators and their interaction with Renosterveld flora, to try and build a more detailed picture of how well these processes are still working in the face of ecosystem fragmentation and degradation.

Watch this space for further updates!