You are here: Home / Renosterveld News / Tips for farmers to manage their land ‘holistically’

Renosterveld needs some disturbance – similar to what used to happen naturally in the landscape in the past. 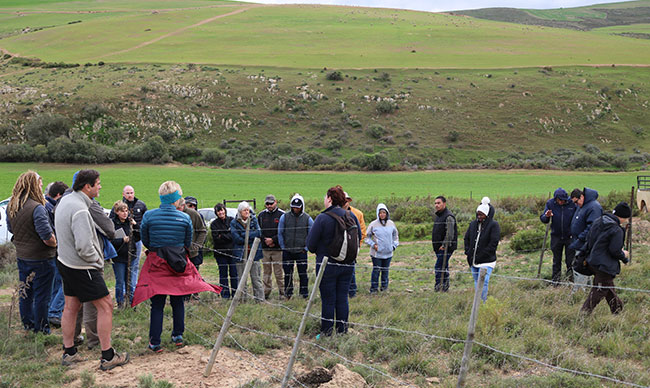 But grazing in Renosterveld should be used as a tool to restore Renosterveld, rather than for the sake of grazing.

These were some of the tips discussed at a Farmer’s Field Day, held on the farm Klipfontein outside Caledon. The field day was organised by Landbouweekblad and the Overberg Renosterveld Conservation Trust (ORCT).

According to the ORCT’s Director, Dr Odette Curtis, in years gone by, large herds of game would graze in Renosterveld, but would quickly move through it.

“These ecosystems may, in some instances, be managed using livestock – some should be grazed and some need hoof action. One must always keep in mind, however, that selective-feeding livestock cannot mimic the historic diversity of game that occurred here originally. Today, Renosterveld landscapes often require long resting periods to restore species richness and ecosystem health.” 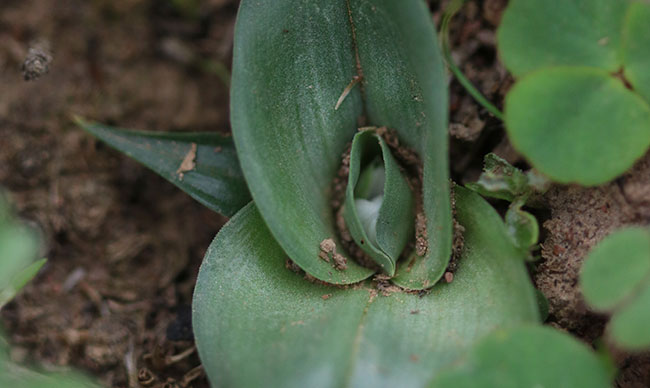 There are still two major threats to Renosterveld:

The group discussed the best way to implement a controlled burn. The ORCT’s Watercourse Restoration Manager, Keir Lynch, said farmers should burn rather in the late summer and early autumn months (February up to March).

BUT: farmers must consider the conditions of the day. Strong winds risk fires jumping firebreaks and burning out of control. But days with no wind could harm Renosterveld if fires burn too slowly and intensely. 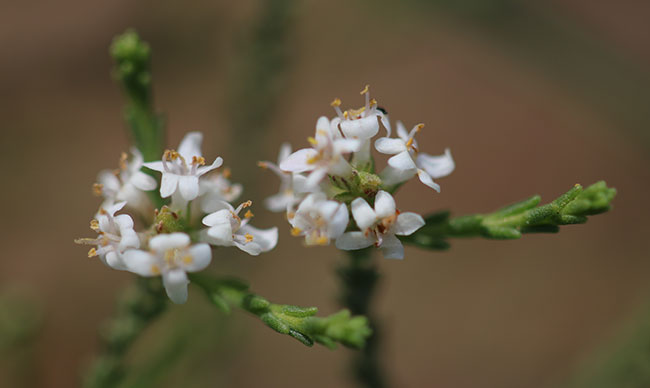 The field day highlighted the importance of managing an area holistically.

Odette said, “What you do in an agricultural land impacts on the veld, and vice versa. So one should ideally manage agricultural and Renosterveld areas together.”

The ORCT Watercourse Restoration Project is funded by the WWF Nedbank Green Trust.