Sponsor a Petal is your way of personally helping the ORCT to conserve the Critically Endangered Renosterveld ecosystems.

Many of the Renosterveld plant species are not only rare and endangered, but also have high levels of endemism. This means that many only occur in very small geographical areas within the Overberg, e.g. a species might be limited to a single quartz outcrop on one particular farm or grow only on north-facing slopes in the Napier area.

We give you the opportunity to sponsor one of these unique endemic and rare plant species, some of which have recently been discovered in the Overberg by the Trust. The cost of sponsoring one of the six rare and endemic Renosterveld plant species below is R500 per year.

In return, we will email you a petal certificate and photo(s) on the species.

Your name will also be listed (or remain anonymous if you prefer) on our website as a ‘Petal’ sponsor.

As we are celebrating giving Renosterveld a Home at Haarwegskloof, our latest victory in the fight to conserve these last remaining Renosterveld clusters in the world, we will also gift you a guided walk on the reserve on a set date with our Farm Manager, Jannie.

Renosterveld vegetation is known for its diversity of geophytes and in the Overberg genus Moraea is well represented. Sadly, owing to habitat loss many Moraea species here are at the brink of extinction. These are just some of the threatened Moraeas of the Overberg’s beautiful Renosterveld. The Overberg Renosterveld Conservation Trust is working hard to conserve the Renosterveld habitats that are home to these and many other beautiful and threatened species. Read more.

Moraea atropunctata is known from just one population in Western Rûens Shale Renosterveld, where it is fiercely protected by a very caring farmer. Its former range was thought to have been larger, but it is now restricted to the edge of farm tracks and the margins of ploughed fields where the soil is too rocky to be suitable for cultivation. It is therefore considered Critically Endangered on the Red List of South African Plants. Flowering time is mid-August to September.

Moraea comptonii has lost more than 80% of its former habitat owing to transformation for cereal agriculture over the last 70 years. This species is now restricted to just five localities in Western Rûens Shale Renosterveld fragments where it is also threatened by alien vegetation invasion. It is therefore considered Endangered on the Red List of South African Plants. Moraea comptonii flowers from August to September. 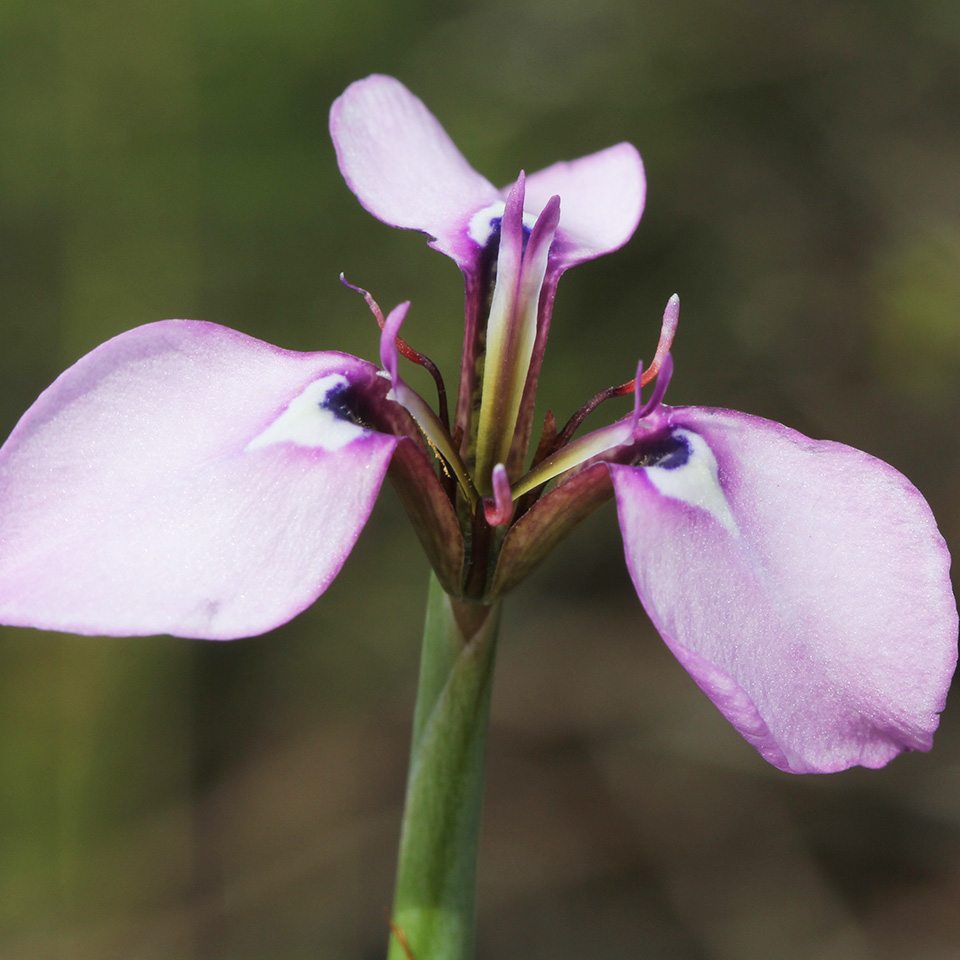 This delicate small purple Moraea debilis is uncommon in the Overberg. Its species epithet ‘debilis’ means ‘slender’ in Latin, referring to the delicate habit of the plant. It comes into flower late during spring, flowering from September often well into October after most other Renosterveld spring flowers have finished their beautiful displays, and we’re protecting it on our Haarwegskloof Renosterveld Reserve. It is considered Endangered on the Red List.

Moraea melanops is restricted to a handful of localities due to habitat loss from transformation for agriculture in Western and Central Rûens Shale Renosterveld. It is therefore considered Endangered on the Red List of South African Plants. This species flowers from August to September. 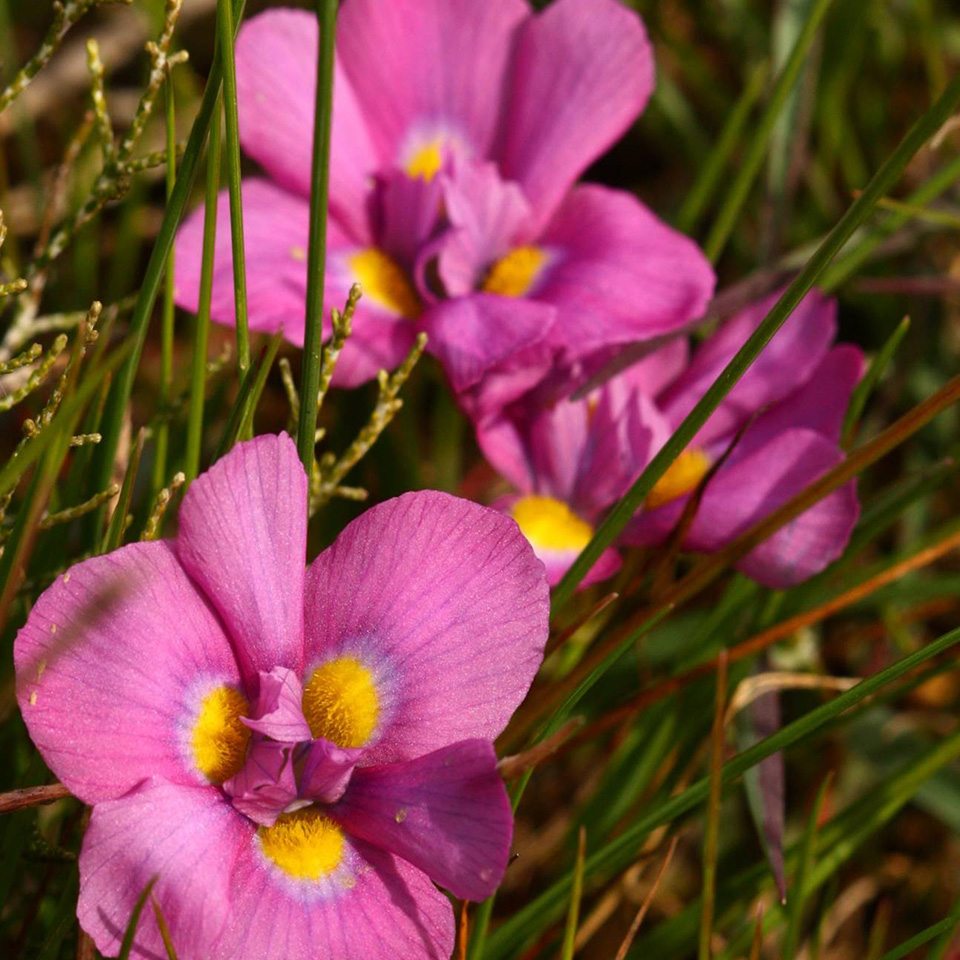 Moraea tricolor was formerly widespread with its original range being from the Cape Flats (where it is now extinct) northwards to Citrusdal in the Cederberg Mountains and eastwards to Stillbaai and flowers from July to September. There are now between just six and twelve subpopulations remaining. It is therefore Endangered on the Red List.

Moraea elegans is a Renosterveld specialist that occurs from Stellenbosch to Bredasdorp. Unfortunately, like many other Renosterveld species it is threatened in the wild due to habitat fragmentation and loss owing to ploughing. It is therefore considered Endangered on the Red List of South African plants It flowers from August to September.

Thank you to our Petal Sponsors