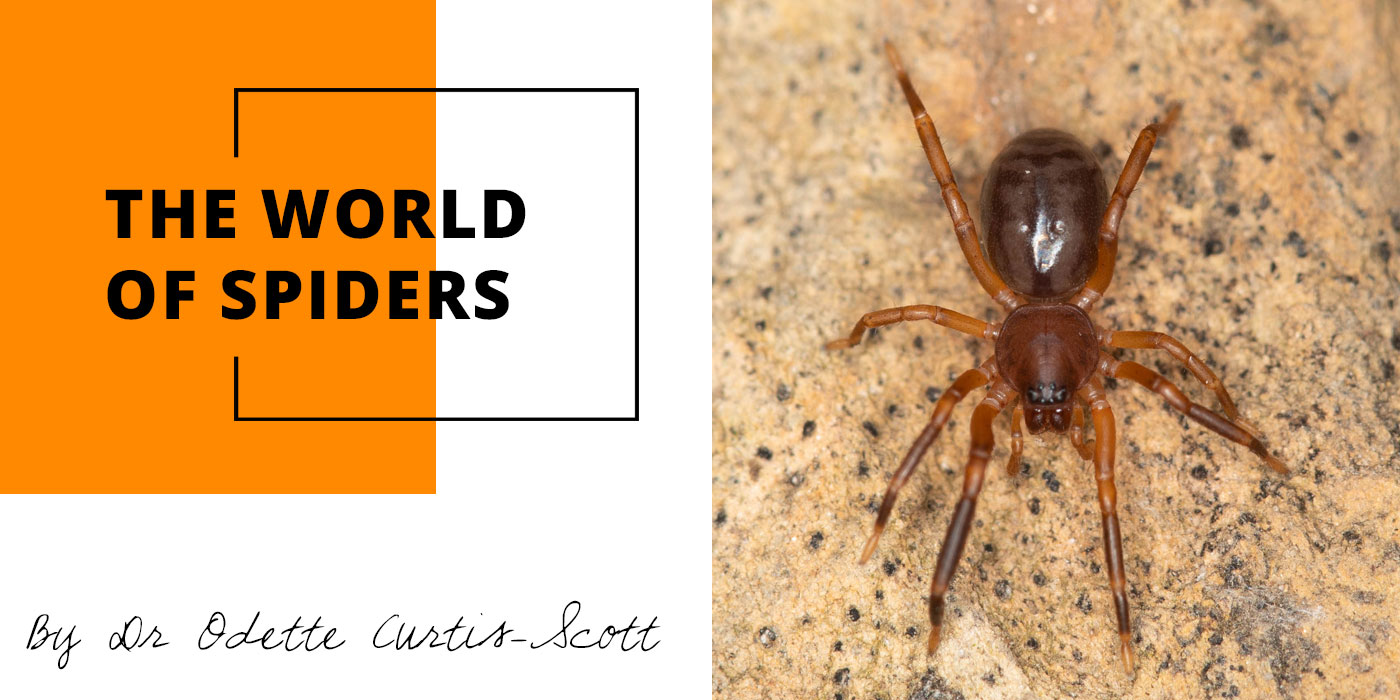 From the ‘singing’ spider, to the Spitting Spider, you’ll find a wide range of free-living, ground-dwelling spiders in Renosterveld. I’ve been fortunate to have come across many of these secretive species while on my hands and knees in Renosterveld. And each time I meet a new member of the spider world, they entrance me all over again.

In this final blogpost, enjoy getting to know the wonderful range of ground-dwelling spiders that I’ve come across. And see how our fear of spiders is unfounded and unnecessary.

This small family of spiders is considered relatively rare and one finds them occasionally under rocks in Renosterveld. While they do not build webs, they do make use of a small, oval retreat of transparent silk which is attached to stones and debris. Little is known about their behaviour, but they are swift-running night-hunters, actively pursuing their prey over the ground. They are called ‘lungless’ spiders because they breathe by means of two tracheas, as opposed to the usual ‘book lungs’ used by other spiders. 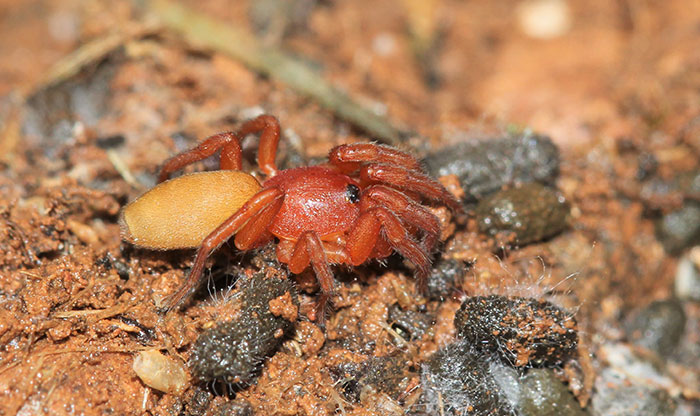 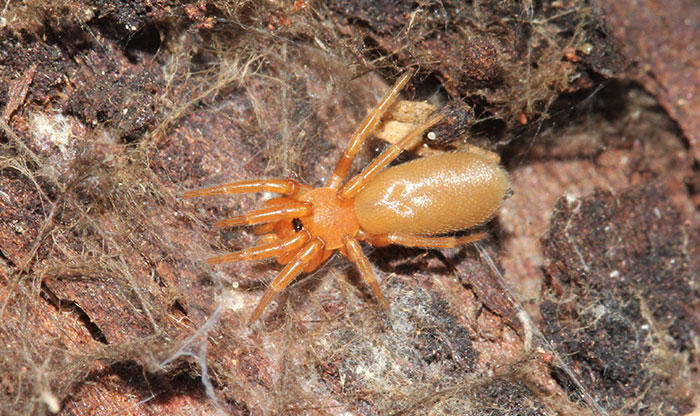 A large family of spiders which construct silk retreats in rolled leaves, debris and under rocks. Some of the genera mimic ants, but I have not yet been lucky enough to encounter these (the family is more common in forest, where they are found on the forest floor in plant debris). Most Corinnidae deposit their eggs in round egg sacs which they produce with dense white silk. I have been lucky to encounter one member of the family thus far in Renosterveld: a Pronophaea sp.

These are rare ground-dwellers of small to medium size (3-18mm), which are frequently associated with ants. The Drasodella species featured here is one of 19 species, all of which are endemic to South Africa. The highest species richness in the genus is found in the Fynbos and Forest Biomes, and it is believed that several are dietary specialists. 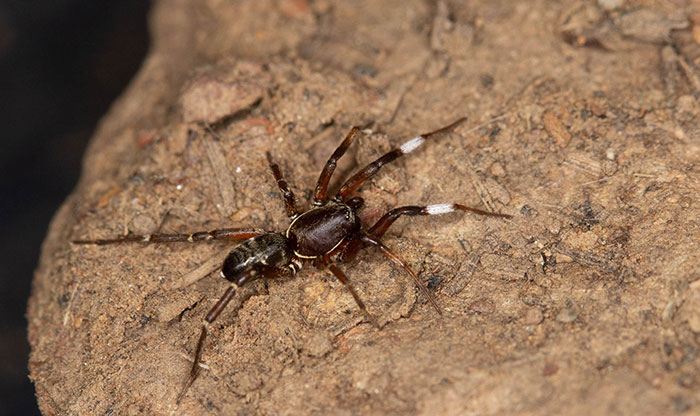 This is a large family of free-living wanderers which retreat into a silky sac when inactive. The spiders themselves are often silky soft in appearance. They are active hunters, relying on speed and agility to capture prey, or they may enswathe them with bands of silk. Some species have been observed feeding on ants and several live in close association with Harvester Termites on which they also feed. 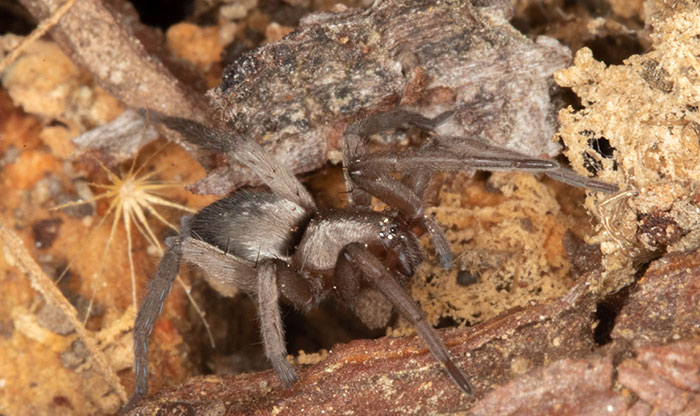 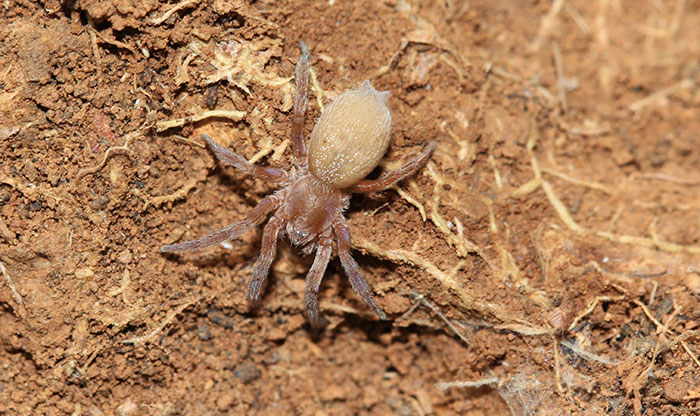 Another large family of free-living wanderers, these spiders are essentially ground-hunters; some species live in burrows with trap doors or a funnel web. While it was previously believed that Wolf Spiders always run down their prey, recent studies have revealed that they in fact often adopt a ‘sit and wait’ strategy. The female carries her round egg-sac attached to her spinnerets. After emerging, the little spiderlings climb onto the mother’s back and are carried around until after their second moult. 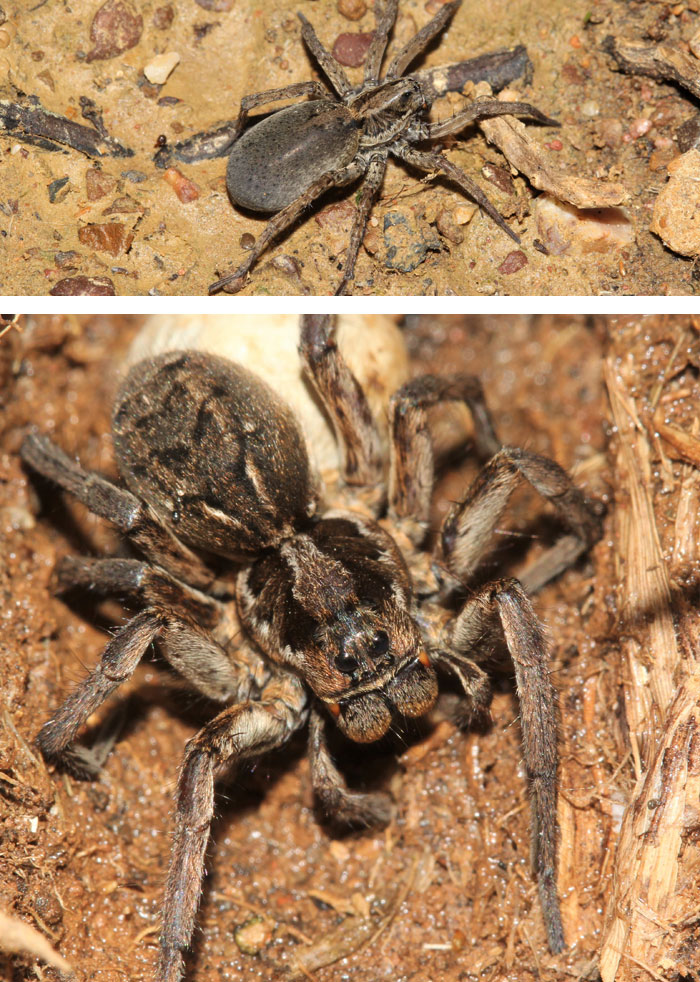 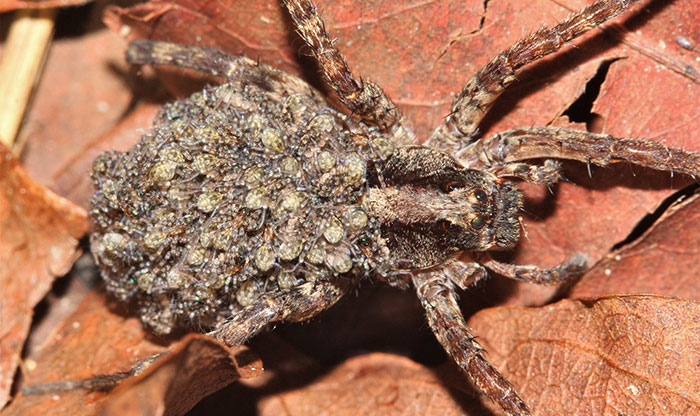 Above: Wolf Spider, mamma with babies

Although this family has a large global distribution, it is relatively small and generally considered rare. They are free-living wanderers who are generally slow-moving, walking with their front legs in the air. While the behaviour of these shy spiders is poorly known, what is known is that they make use of stridulation: the act of producing sound by rubbing certain body parts together. This is well known among crickets and cicada beetles, for example, but occurs in some spiders. It is believed that this functions as both a defence mechanism and as an important mating cue. 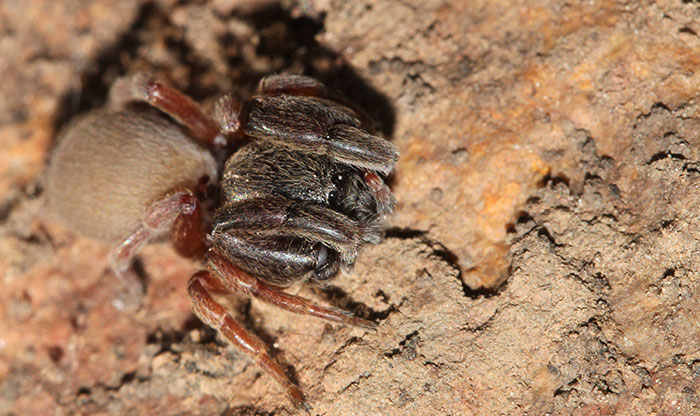 This family comprises just one genus in South Africa, Scytodes, the majority of whom are endemic. They do not build webs, but the female builds a silk retreat of few threads when producing eggs. The females are often seen carrying their egg sacs around, which they do until the young emerge; thereafter they stay in the female’s web until they reach maturity. These interesting spiders are unique in that they produce a silky glue by means of a specialised gland in their carapace. By rapidly contracting the carapace muscle, the spider is able to skirt a mixture of gluey silk and venom over a distance of up to 2cm, securing and paralysing its prey (hence its common name, Spitting Spider). 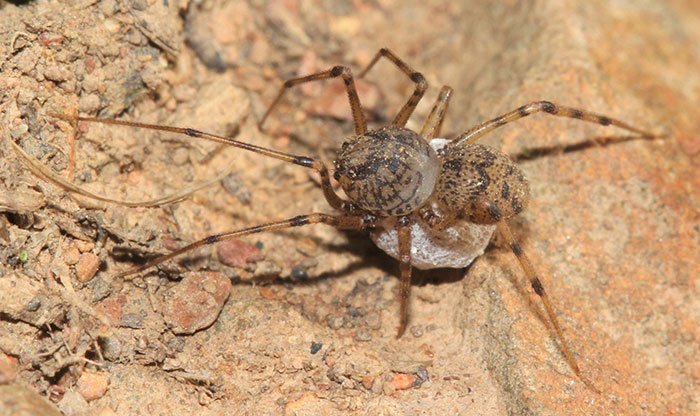 This is a large family of spiders, commonly encountered in Renosterveld. As their name suggests, these are very flat spiders, able to hide in thin rock crevices. They are also extremely cryptic and move very quickly – with incredible speed when disturbed (they are considered one of the fastest moving animals on Earth). They are nocturnal and do not build webs or retreats. 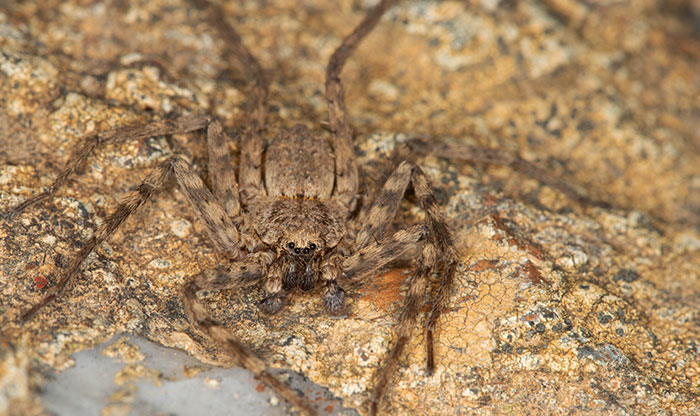 I couldn’t write a series of blogposts about spiders without including a couple of their strange cousins, in particular, the beautiful Red Velvet Mite from the family Trombidiidae. These tiny jewels are active predators as adults and may parasitise insects when younger. 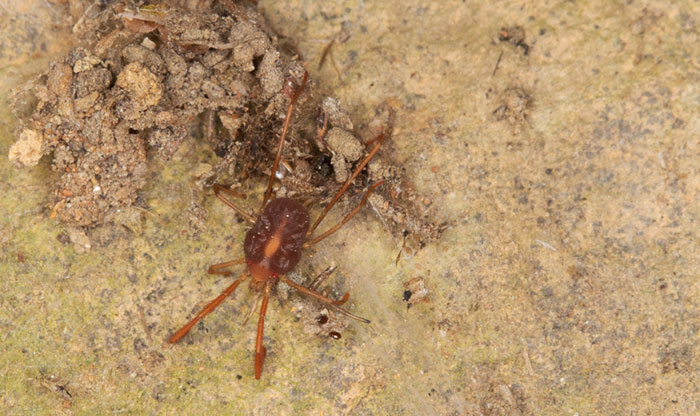 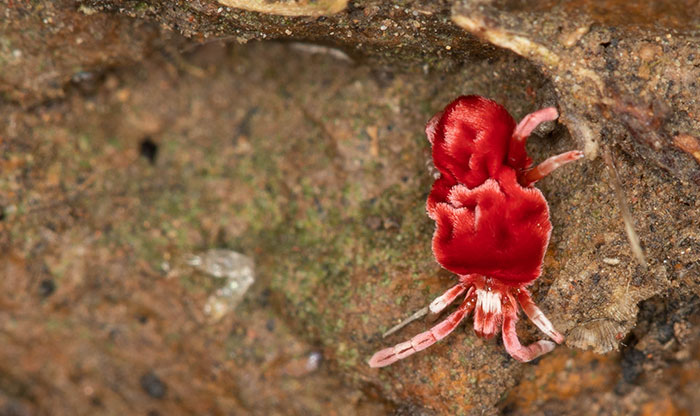 I would like to thank you National Lotteries Commission of South Africa for their assistance with the purchase of additional camera equipment to support the ORCT’s photographic work. A big thank you to Astri Leroy for checking this piece for correctness and teaching me a lot! My sincerest thanks to the Spider Club of South Africa for their fantastic Facebook page, led by a group of passionate spider experts and members who are only too willing to give of their time to identify photographs and answer peoples’ questions. I highly recommend joining this club and / or following them on Facebook: www.spiderclub.co.za or Facebook: @theSpiderClubOfSouthernAfrica. 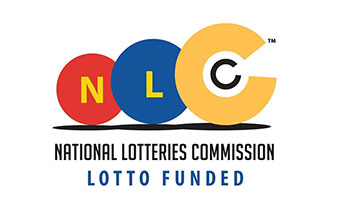 Visit the National Lotteries Commission (NLC) website to find out about other projects supported by the NLC.