As some of you may know, I have recently joint the Overberg Lowland Conservation Trust as a freelance consultant to help Odette with a wide range of jobs and duties. My first task was getting to grips with what the Trust does and of course what Renosterveld is.

Fynbos and Renosterveld have intrigued me ever since I moved to South Africa. However, the sheer diversity of these vegetation types with their huge numbers of endemic species baffles a Western European trained environmental scientist at the same time. As you can imagine, my learning curve has been a rather steep one, so thought I would share some Renosterveld facts that amazed me most. Did you know? Fynbos is the generic name for all 119 vegetation types in the Cape Floristic Region. True Fynbos is generally associated with poor acidic sandy soils found in more mountainous and coastal regions and is characterised by a dominance of proteas, ericas (heather), and restios (reeds). Renosterveld is generally found in lower lying areas on more fertile, clay- and shale-based soils, and is typified by the absence of these three ‘Fynbos indicators’. 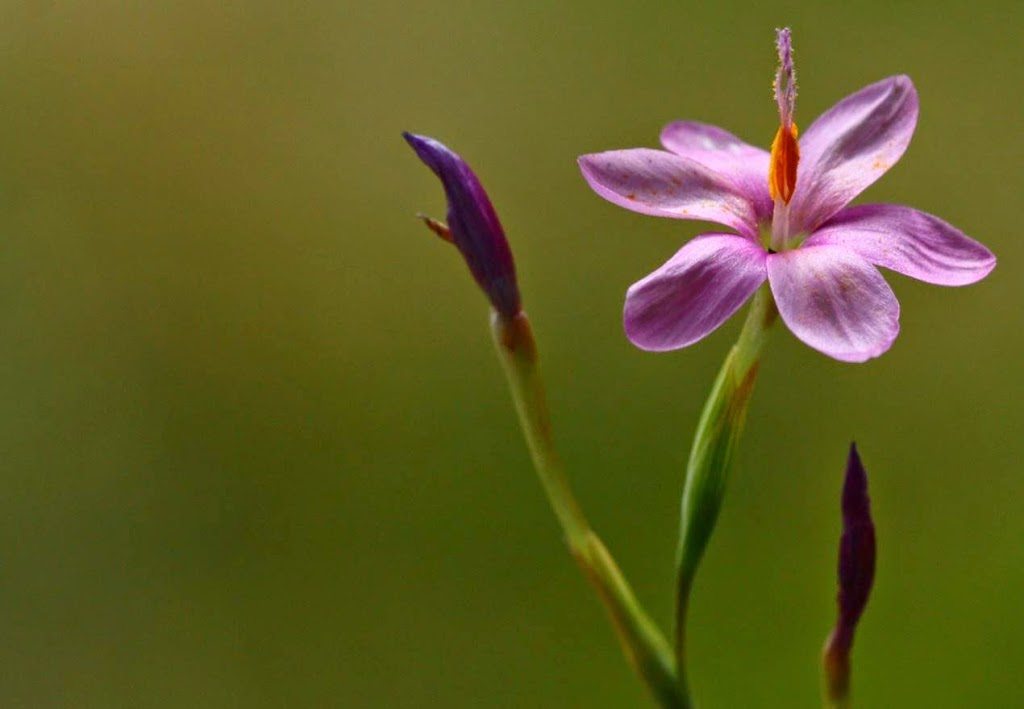 Instead it is dominated by Asteraceous shrubs, i.e. shrubs belonging to the daisy family of which the Renosterbos is one example, and often a diversity of grasses. Renosterveld is not only the richest bulb kingdom in the world and it also has extremely high species diversity with literally 100s of different plants found in just a few hectares of Renosterveld.New Renosterveld species are discovered all the time, like the Hesperantha kiaratayloriae, a little Iris that grows only on quartz patches in the Eastern Rûens and till now only a single population of this rare plant has been recorded.

We believe that Fynbos was once grazed by large mammals, like black rhino, eland, red hartebeest, bontebok, quagga, and blue buck. Some of these are sadly now extinct. Renosterveld is highly fragmented with over 12,000 remnants left. This may sound a lot, but 99% of those remnants are smaller than 80 ha and some are as small as 0.0001 ha. The high occurrence of endemic and rare species makes Renosterveld extremely vulnerable to fragmentation, which often leads to high risks of extinction.

Black Harriers are telling us their story – via satellite