You are here: Home / Renosterveld News / Plundering biodiversity: An introduction to the plant poaching problem

The Renosterveld of South Africa’s Overberg region is one of the world’s most biodiverse Mediterranean type shrublands. It is also one of the world’s most threatened ecosystems. With just 5% of its former extent remaining, the Overberg Renosterveld that is left falls far short in terms of spatial area for government recommendations for conservation. This means that all Renosterveld that survives today is vital for conservation, every plant and every animal. With most surviving Overberg Renosterveld on private land, those landowners become one of the most important custodians of this highly imperilled ecosystem. 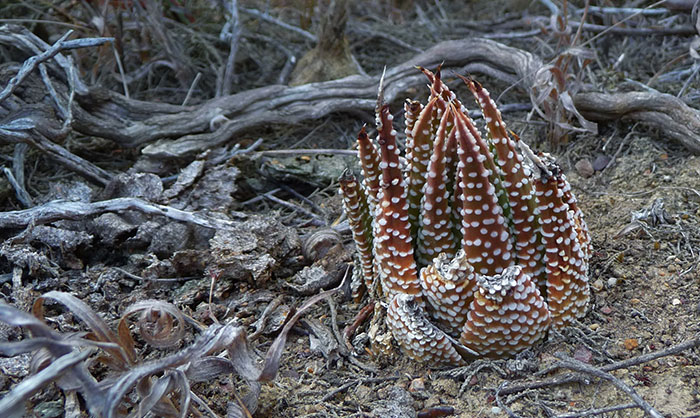 South Africa’s biodiversity, and particularly lowland ecosystems such as Renosterveld, are under siege from all sides, facing a variety of different threats, from clearance for agriculture to alien invasive plants. One lesser known threat facing South Africa’s flora is poaching, something normally associated with the illegal killing of animals such as rhinos and elephants. South Africa’s plants are the lesser known victims of poaching, which is defined as the illegal collection and removal from the wild of plants or parts of plants such as seeds or bulbs. This activity particularly impacts upon threatened species, as well as compromising the integrity of ecosystems, pollination networks and ecological niches for habitat specialists.

Plant poaching may be for medicinal use, the horticultural trade or any other purpose for which plant material is removed from the wild. It is illegal in South Africa to remove any indigenous plant material from the wild, transport it between provinces, or export it from South Africa without the necessary government permits. If you have a bona fide reason for collection of plant material, for example research or conservation, the necessary permits can be obtained from your nearest CapeNature office (or call 087 087 4088).

What few people realise is that plant poaching also includes collection of plants or propagation material from the veld for growing in private gardens. It is illegal to dig up plants for your own garden from the veld or side of the road. It is important to rather purchase your plants through reputable nurseries, who sell cultivated stock while holding the appropriate permits, rather than plants that have been harvested illegally from the wild. South Africa has a large network of specialist growers so even the most discerning plant enthusiasts should be able to source what they would like to grow. In short, wild plants should stay where they belong in the veld.

South Africa’s world class and close-knit community of biodiversity professionals are well aware of the plant poaching problem, and work closely with law enforcement to catch and prosecute any offenders. The community cares deeply about South Africa’s biodiversity heritage remaining intact and where it belongs in the veld. Conservationists and environmental law enforcement are thorough and vigilant, and the consequences of being caught poaching plants is severe, with high fines and jail time on the cards for those caught.

So what can we do to help the conservation community combat the plant poaching problem? Firstly, if you are a landowner and custodian of Renosterveld or any other natural veld on your land, always pay attention to who has access to your veld and that visitors requesting permission for access are who they say they are. If you catch anyone suspected of poaching in your or anyone else’s veld, always report it to your local conservation authority such as CapeNature. Get to know your own Renosterveld by walking in it regularly so that you can pick up on any changes or species disappearing through illegal collection if poachers are trespassing and stealing plants from your land.

Secondly, if you are enthusiast who photographs plants in the veld, particularly rare or threatened species that are more vulnerable to collection, always ensure that photographs online in the public domain do not give away locality data that may help plant poachers in their illegal collecting. If you are posting on biodiversity sharing sites such as iNaturalist then species sensitive to illegal collection always have their localities automatically hidden. However, if you are in doubt and not sure of the species ID, always hide the locality until your photo has been assigned a formal ID.

It is also important to make sure that photos cannot be used to identify specific localities by showing distinctive landmarks or are not using captions giving away which farm/GPS the plant can be found. Ensure that GPS metadata cannot be harvested from your photos online giving away the locality that the photo was taken. Also if you are contacted requesting locality details for specific species, do not give them away unless you are sure that person is a known bona fide biodiversity professional or conservation volunteer working with a reputable organisation.

Plant poaching is a significant problem facing South Africa’s unique biodiversity and natural heritage, but if landowners, biodiversity professionals, citizen science volunteers and law enforcement agencies work together, illegal poachers pillaging the country’s imperilled species can be discouraged, caught and prosecuted for their actions. We are watching and we care, so that our imperilled species can stay where they belong in the veld.