We are four years old and changing our name slightly!

Another year has passed and on the 16th April we turn four years old. What a wonderful four years we have had! We have a long way to go and our dreams and ambitions are big, but when we reflect on where we have come until now, we can feel incredibly proud. In these four years, we have established the first-ever Renosterveld Reserve in the Overberg (with our partners at WWF) and the first-ever Renosterveld Research and Visitor Centre. We have initiated (and nearly completed) our first pilot easements (watch this space!). We have raised enough money (through the Nedbank/WWF Green Trust) to establish a Watercourse Restoration Project at a landscape scale. We have produced a booklet for landowners which outlines priority management guidelines and also acts as a mini field guide to renosterveld. We have pulled in close to 10 postgraduate students to undertake important ecological research in renosterveld. And we have won the hearts and ears of many landowners in the Overberg who are now thinking differently (and more positively) about their renosterveld.

We have a long way to go; but we are going there! Over the next four years our aim is primarily to see that these efforts begin to translate into more and more hectares of renosterveld officially set aside and managed for conservation in perpetuity. We look forward to this journey with our friends and followers… thank you again for helping us get this far. We have realised that our long mouthful of a name occasionally confuses people, so we have decided to change our ‘trading name’ slightly. From now on, we will be trading as the Overberg Renosterveld Conservation Trust. Although this remains a lengthy name, we feel this is more appropriate and will not create any doubt as to what it is that we do. 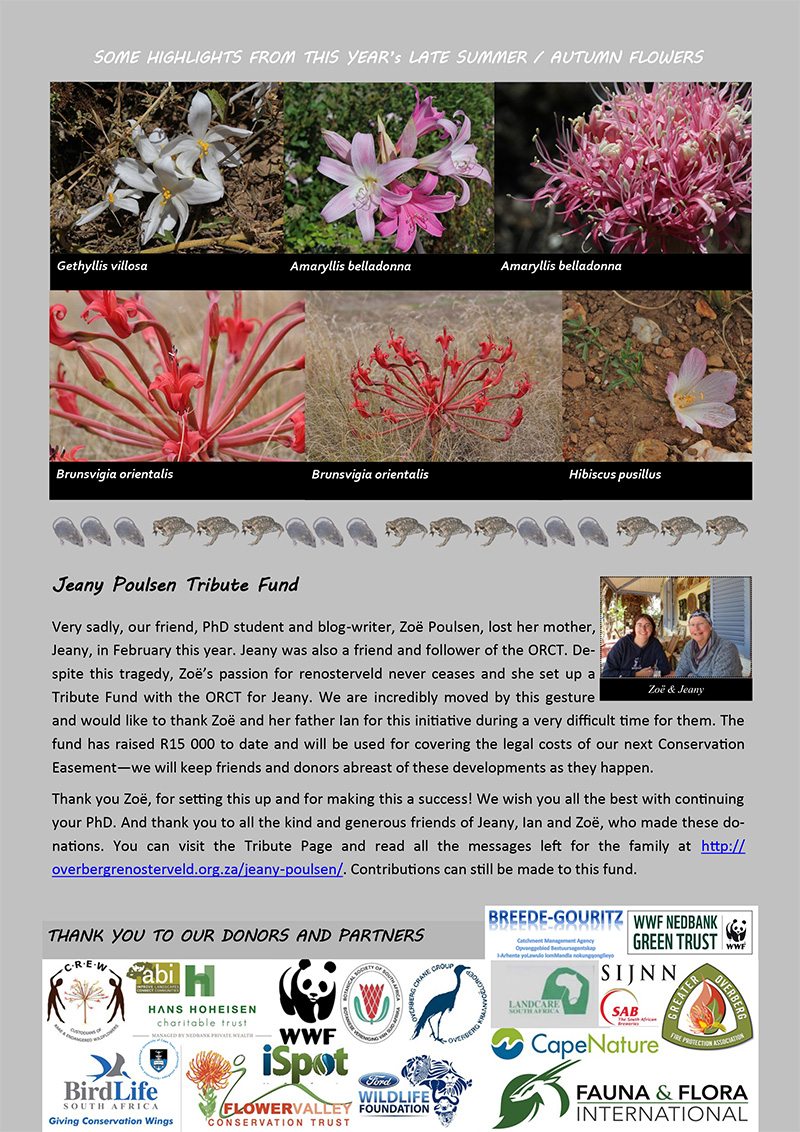