You are here: Home / Renosterveld News / Going, going, gone: Why are the Overberg’s insect-eating mammals disappearing?

The Renosterveld of South Africa’s Overberg encompasses some of the world’s most biodiverse ecosystems. Sadly, they are also some of the most threatened, under siege from all sides from illegal ploughing, overgrazing, often inappropriate fire regimes, drift from agricultural chemicals and much more. This extraordinary vegetation once covered the Overberg’s wheat-belt, but following extensive transformation for agriculture, only around 5% of its former extent remains.

This Endangered Species Day we are going to take a closer look at the Aardvark, Aardwolf and Bat-Eared fox, three different insect-eating mammals that call Overberg Renosterveld home. They may not be considered highly threatened across their whole distribution range, but all three are steadily decreasing in number in the Overberg.

Aardvark (Orycterocarpus afer) are medium-sized nocturnal burrowing mammals that feed on ants and termites. They are found across the southern two thirds of the African continent. They have a long pig-like snout that is used for sniffing out food which they dig out with their powerful clawed front feet. They are listed as Least Concern on the IUCN Red List but are extremely rare in the Overberg.

The Aardwolf (Proteles cristata) also has a wide distribution range, extending across southern and east Africa. They may look like ferocious predators ready to take down large prey, but in fact they are exclusively insectivorous, eating only insects and insect larvae with their long sticky tongues. They predominantly subsist on termites, with one Aardwolf able to consume as many as 250 000 termites in one night. While they are not recognised as threatened throughout their range, they are rare in the Overberg but we have caught them on camera several times with our trail cameras.

Bat-Eared Foxes (Octcyon megalotis) also are found across southern and east Africa. The majority of their diet consists of insects, in particular termites, but they will also eat ants, beetles, crickets, grasshoppers, scorpions and occasionally small mammals and reptiles. The insects that Bat-Eared Foxes consume meet the majority of their water needs too. The species has seen many dips and peaks in the Overberg and these population changes are believed to be due to rabies and distemper outbreaks. However, the added impact of their now-fragmented habitats make it difficult for their populations to ‘bounce back’ as they may have done in the past.

So why are these Renosterveld mammals decreasing in number and why are they becoming increasingly scarce in Overberg Renosterveld? Habitat loss is one of the main drivers of population decrease for all three of these species. Renosterveld, once ploughed, gives way to a monoculture desert of crops that is completely lacking in the termite food on which Aardvark, Aardwolf and Bat-Eared Foxes depend.

This habitat loss also leads to fragmentation of the habitat which remains, often leaving long distances in the landscape between surviving areas of Renosterveld. Many of the Renosterveld patches which remain are relatively small, having survived the plough only because the land on which they are is too steep or rocky for agricultural machinery. This means the plant and insect life that cling onto life in these fragments are further imperilled by drift from agricultural chemicals.

It is likely that many termite mounds in the Renosterveld today have lost their termite inhabitants due to the impacts of agricultural chemicals and major reductions in grass cover (on which termites depend) due to overgrazing. This is likely to have severe ramifications for our insect-eating mammals further up the food chain who depend on the survival of termites and other insects in the landscape to survive. However, we know little about the full impacts of these influences on our Renosterveld termites, with more conservation-focused research needed to better understand the impacts on survival of the broader ecosystem.

This serves to highlight the importance of research and conservation action not only being focused on the ‘cute and cuddly’ flagship species. There is a global dearth of knowledge, researchers and research being undertaken on the state of the world’s insects, despite them being ecosystem lynchpins as pollinators and as food for other species further up the food chain. If the insects are lost our ecosystems will rapidly collapse. 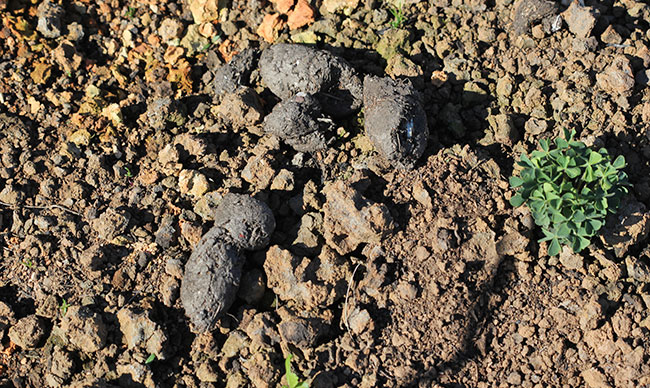 Furthermore, our Aardvark, Aardwolf and Bat-Eared foxes were sadly misunderstood and maligned creatures within the agricultural landscapes of the Overberg. Bat-Eared Foxes and Aardwolf were, in the past, often feared and unnecessarily persecuted by farmers because they believed them to be a threat to their livestock, when in fact they are harmless predators of termites and other insects. Luckily, awareness amongst farmers is changing and very few maintain such attitudes. Many of these beautiful and harmless mammals also lose their lives as roadkill, as increasingly roads bisect their territories that are increasingly providing reduced quantities of food.

This story most importantly tells us that we shouldn’t adopt a ‘one size fits all’ approach to conserving species and ecosystems and monitoring is key to ensure that locally applicable threats that may not apply across the entire range of a species are recognised and mitigated where possible. The data on the Red List may not always tell the whole story. All species form a key part of the ecosystems in which they live, and even though a species may be locally threatened in one area and common elsewhere, it doesn’t mean that it’s value and importance to be conserved as part of a functioning ecosystem is diminished elsewhere.

So what can we do to conserve the Aardvark, Aardwolf and Bat-Eared Foxes of the Overberg? Firstly we need to conserve our Overberg Renosterveld habitats in perpetuity, so that further habitat loss doesn’t push these species further towards the brink of local extinction. To this end we encourage any landowners with Renosterveld on their land to consider joining the ORCT’s Conservation Easement Project.

Secondly watercourses on agricultural land act as vital corridors for these mammals and other species to move through the landscape between patches of Renosterveld vegetation. We therefore encourage farmers to leave appropriate buffer zones when ploughing between productive lands and watercourses. This also helps to decrease soil erosion and reduce pollution of watercourses. Also when driving on the roads of the Overberg, particularly at night, keep an eye out and spare a thought for wildlife crossing, and give them a right of way to safety.

We would like to thank the many farmers of the Overberg that work alongside us in conserving their Renosterveld. WWF South Africa, as well as Hans Hoheisen Charitable Trust, the Mapula Trust and the Ford Wildlife Foundation are also acknowledged for their support for the ORCT’s Conservation Easement Programme. 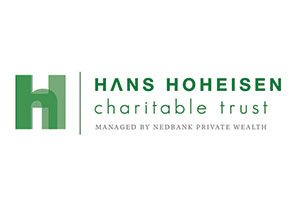 Please consider supporting the vital work of the Overberg Renosterveld Conservation Trust to help them manage and conserve more of our Renosterveld ecosystems and their wildlife in perpetuity.