You are here: Home / Renosterveld Centre / How does habitat fragmentation affect pollinators in Renosterveld?

By Sina Hauber and Simone Maier

We are two German students who spent a semester in South Africa for research for our Masters thesis. The intention was to establish a partnership between the German University – HfWU (Hochschule für Wirtschaft und Umwelt, Nürtingen-Geislingen) and the South African CPUT (Cape Peninsula University of Technology) and thus to support an international scientific exchange. During the semester we had the pleasure to work together with the ORCT, under the supervision of Prof Sjirk Geerts (CPUT).

Renosterveld is part of the Fynbos Biome – a global biodiversity hotspot. And it is highly threatened with only around 5-6% of the original area left, spread over the map as small patches.

This is why exploration, proper management and, above all, research into this species-rich vegetation type is important to ensure its continued conservation and to avoid further losses. 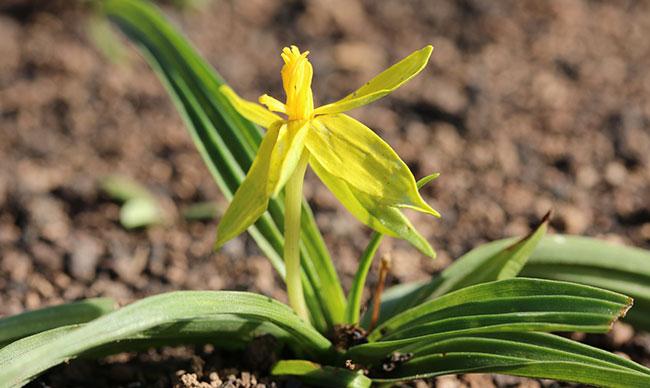 The research project took place during five months from early March to the end of July (autumn to winter). The research sites are found in the Overberg region in Eastern-Rûens Shale Renosterveld.

The aim of our research was to investigate the influence of habitat fragmentation on the pollination of selected plant species. The objective of this work focuses on the following questions:

1) Does habitat fragmentation influence the frequency and diversity of pollination processes of certain plant species?

2) Does habitat fragmentation lead to pollination deficits and thereby to an impairment of the reproduction rate of these plants?

In order to answer these questions we selected six smaller Renosterveld fragments that were located on private farm land. Because of its 500 ha connected area, the Haarwegskloof Renosterveld Reserve was used for comparison with the smaller fragments. The fragments varied in size from 0.4 to 15.3 ha. 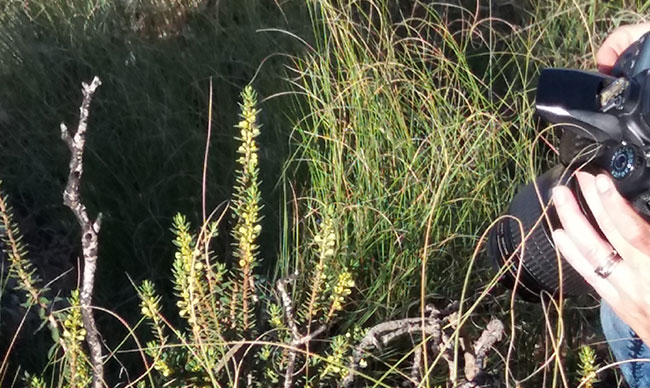 For our research we chose six different species of plants: 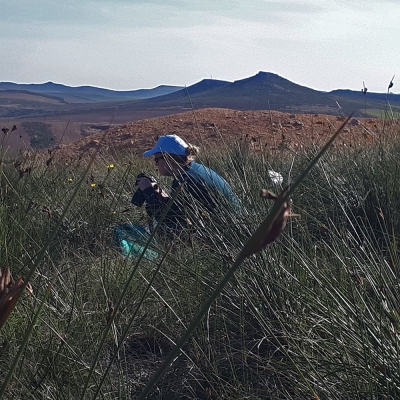 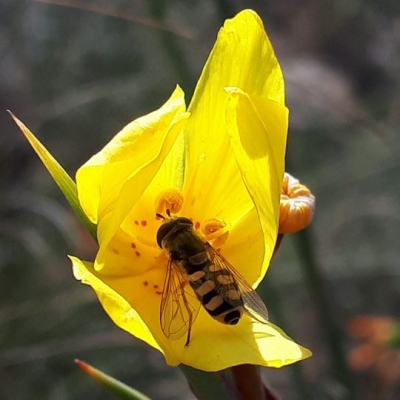 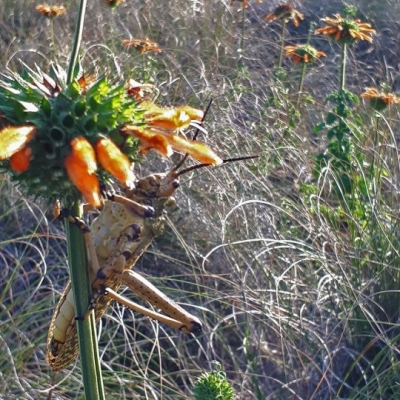 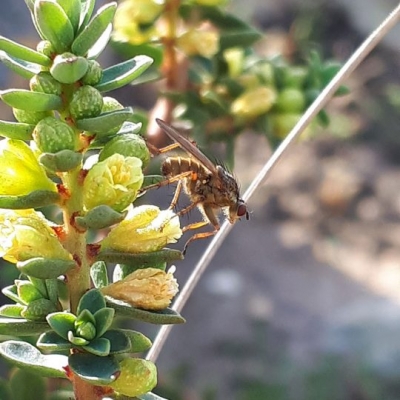 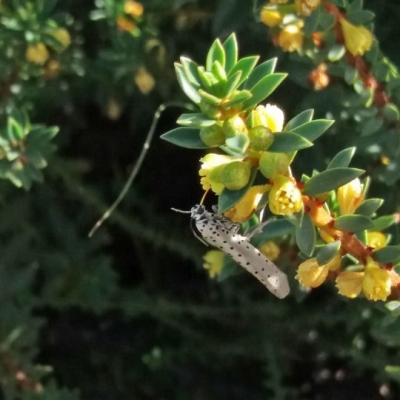 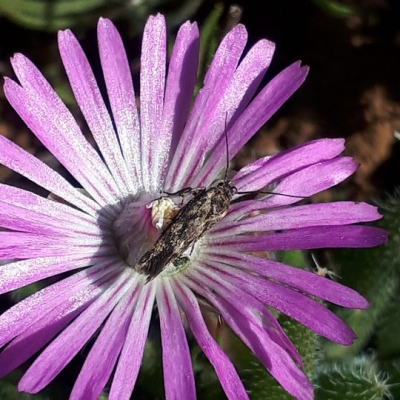 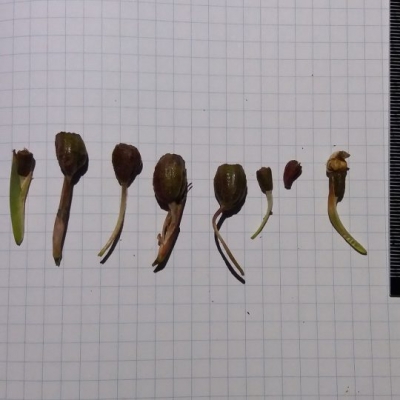 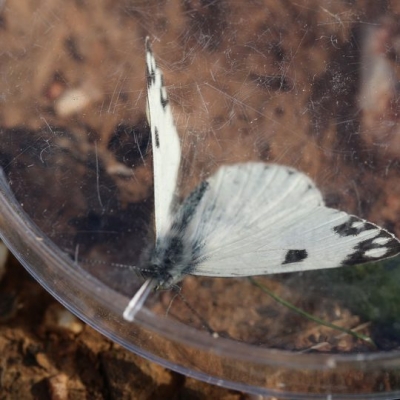 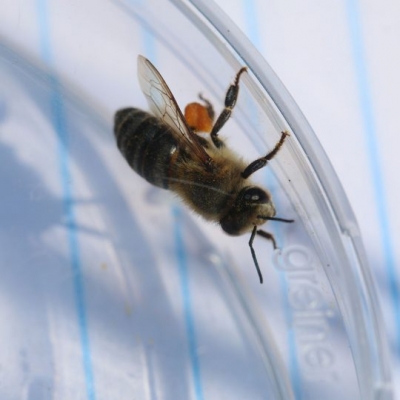 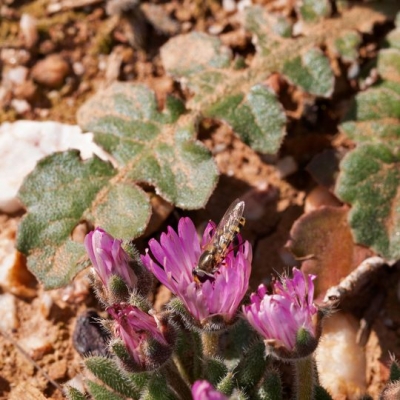 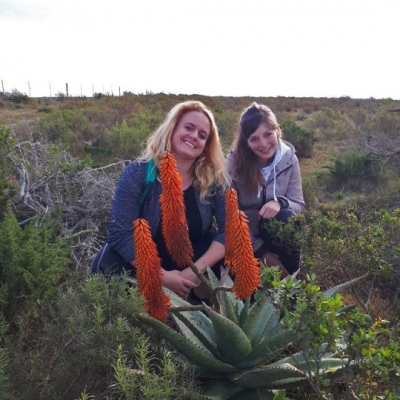 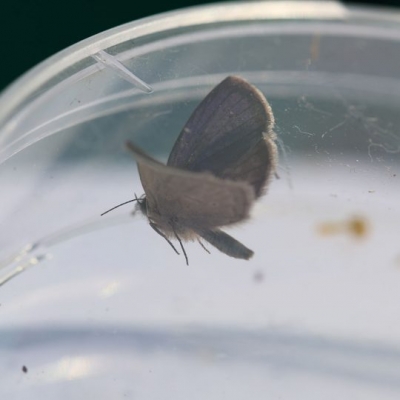 Here’s what we did:

First we counted the individuals of the plants in a specific demarcated area. Then, on several days and at different times of the day, we documented, identified and quantified the pollinating insects. To examine the reproductive performance we chose two of the six plant species and analysed them by comparing hand pollinated groups with naturally pollinated groups. With the help of plants that are naturally pollinated as comparative values in nature, it can be checked whether the additional hand pollination results in an increase in seed production, which may indicate a pollination deficit. A control group with flower buds covered with mesh determined the ability to self-pollinate. The developed seed capsules were collected a few weeks later, measured, counted and finally the number of seeds recorded.

The analysis and interpretation of the data indicated that habitat fragmentation indeed has an impact on the research species and their pollination in Renosterveld. The primary factors influencing the frequency and diversity of pollinating insects as well as the reproduction rates included the size of the investigated areas in combination with the degree of isolation and degradation of the habitats. Accordingly, the number of insects increases with increasing habitat size.

Furthermore, we hypothesised that the diversity of insects in the mainland is higher than in the fragments, but this was only partially proven. Many unique species can be found on the mainland, although some unique species seem to prefer the highly degraded fragments. Nevertheless, all major orders of the observed insects were sighted on the mainland, while certain fragments did not exhibit all insect orders. Overall, the diversity of pollinating insects in the fragments was lower than in Haarwegskloof Renosterveld Reserve. 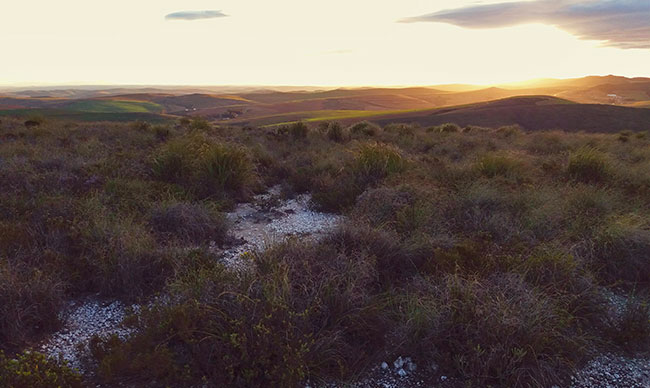 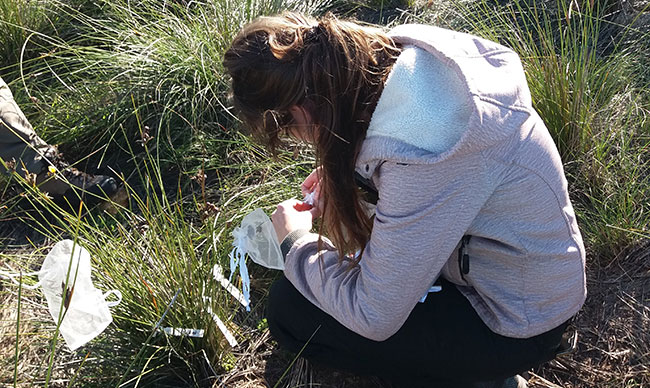 We are very grateful for the support of the Overberg Renosterveld Conservation Trust, especially of Dr. Odette Curtis-Scott, who supported our research immensely. Her enthusiasm about the flora and fauna of Renosterveld is unlimited and very inspiring. Thanks to Jamy Fredericks and Tabitha Coetzee for field assistance. In addition, we want to thank the landowners, especially Hermi Steyn, Jurie De Wet and Johann Albertyn, who were so generous to give us access to their land to do the field work.