The Renosterveld of South Africa’s Cape Floristic Region is one of the world’s most biodiverse mediterranean type shrublands. It is also one of the most threatened ecosystems, with ongoing loss from illegal ploughing and other significant threats such as overgrazing.

But what does this diversity mean? How does the diversity of Renosterveld compare with other ecosystems of the Cape Floristic Region? What are the implications of this for biodiversity conservation? 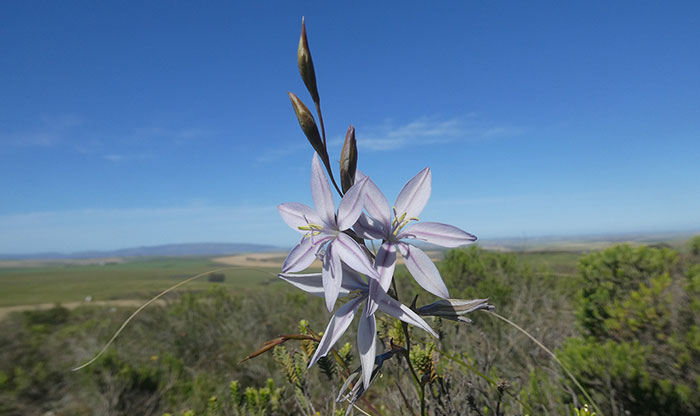 The concept of ‘biodiversity’ can be broken down into different diversity components, which together make up the bigger biodiversity picture. In its simplest terms, the concept of biodiversity refers to the variety of living organisms at a specified scale, for example in an ecosystem, a vegetation type, or a national park.

Biodiversity encompasses several different diversity levels. The first of these is genetic diversity, which can occur within the species concept, leading to variation between individuals of the same species. In the case of plants this might include different flower colours or leaf shape and size. 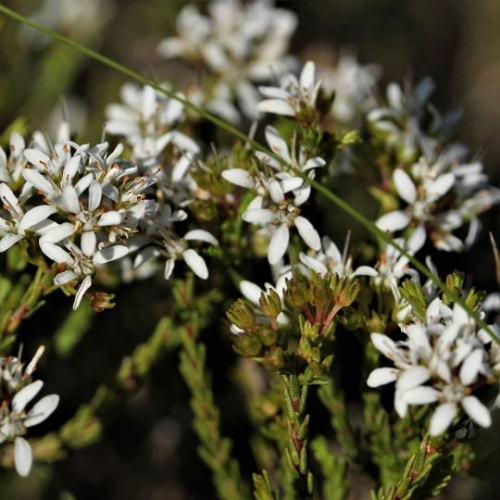 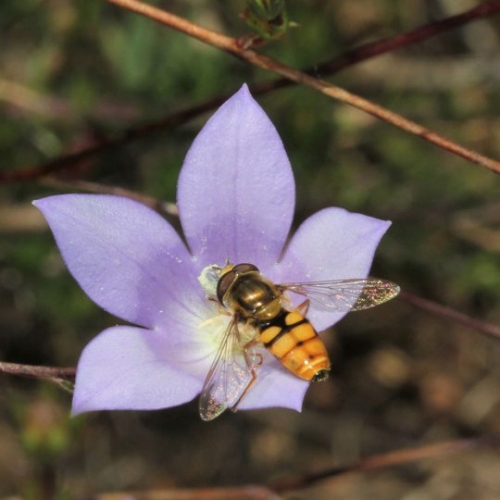 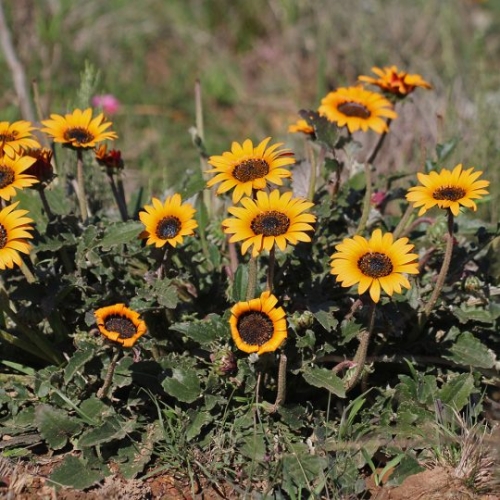 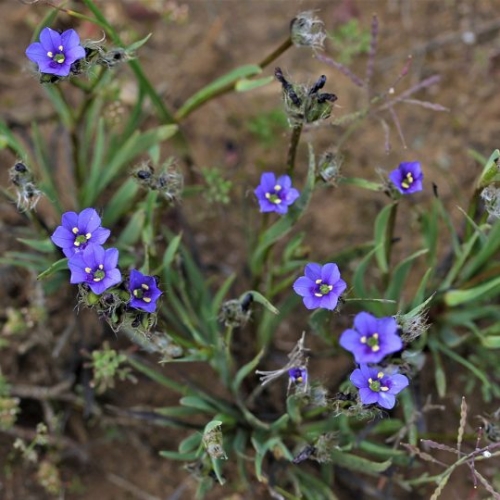 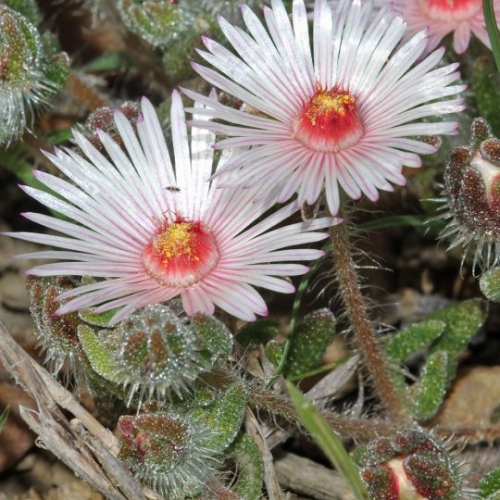 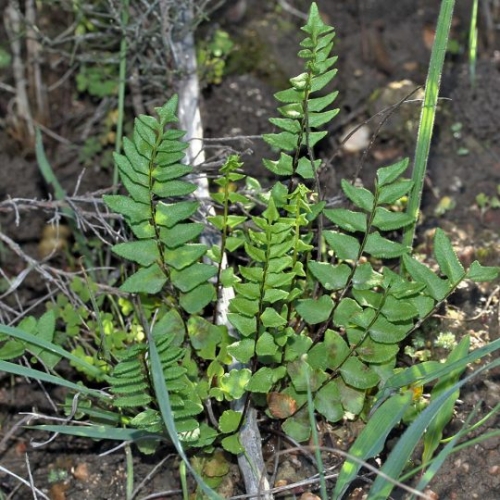 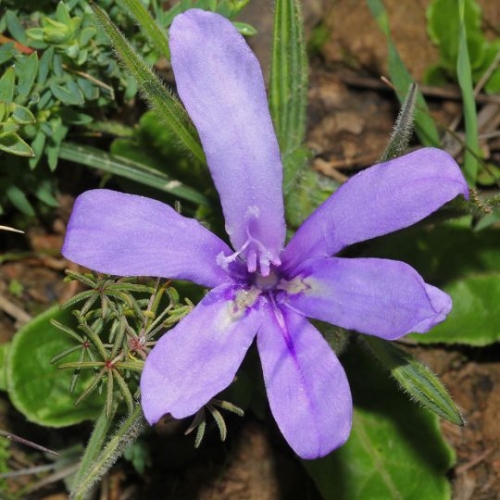 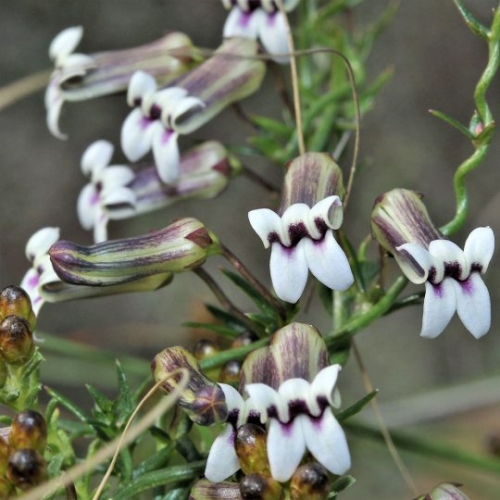 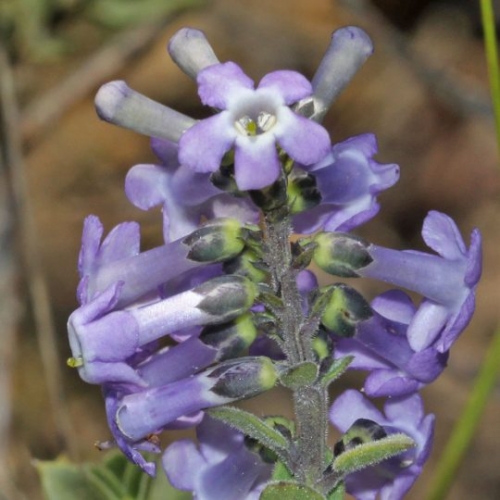 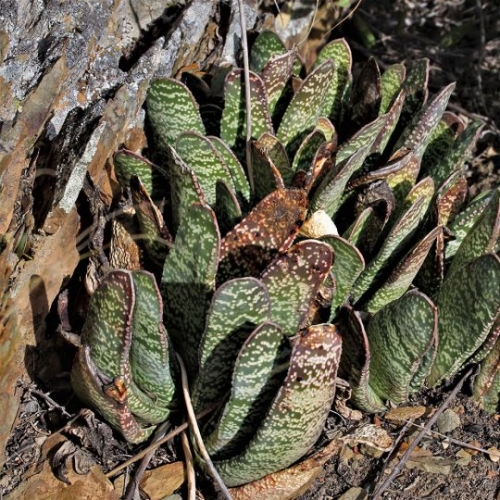 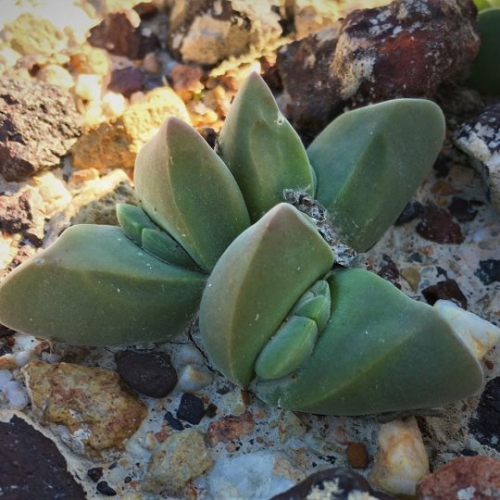 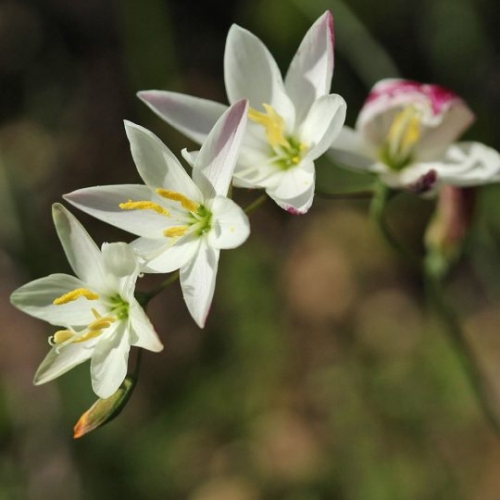 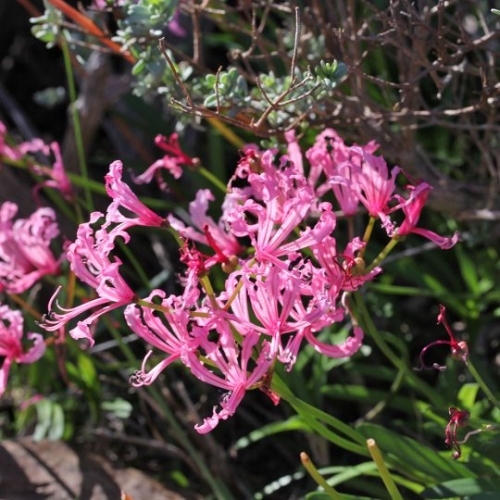 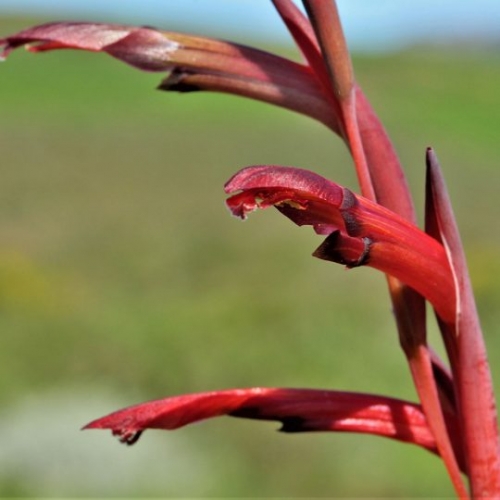 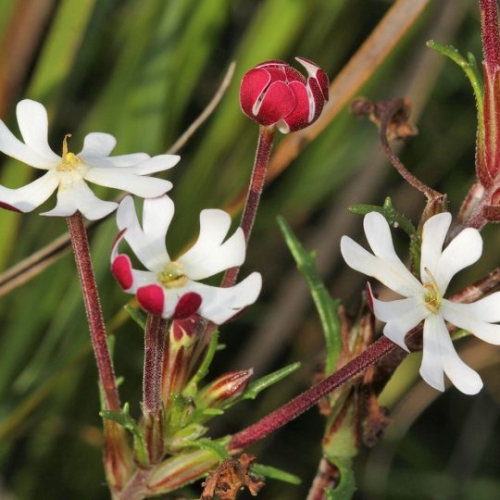 At a higher level, the concept of species diversity refers to the variety of different living species within a defined area from a survey plot to the ecosystem, regional, national or international scale.

Renosterveld is currently considered to be part of the Fynbos Biome, which forms part of one of the world’s biodiversity hotspots. It is considered, however, to have equally strong floristic links with several other highly biodiverse ecosystems, namely fynbos, succulent karoo and subtropical thicket.

Some authors have reported that Renosterveld has lower species diversity than fynbos, but there are few comparisons that have been empirically undertaken with significant rigour. 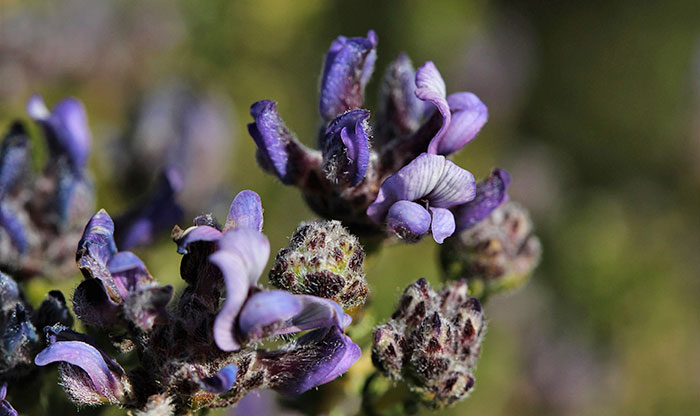 However, research by Professor Richard Cowling on the Agulhas Plain revealed that one site in Overberg Renosterveld vegetation had the highest species diversity at the square metre level in comparison to the 14 other sites surveyed that were in fynbos vegetation.

These extraordinary findings are supported by spring vegetation surveys undertaken by the Overberg Renosterveld Conservation Trust which found as many as fifty species in one square metre of recently burnt Renosterveld vegetation. 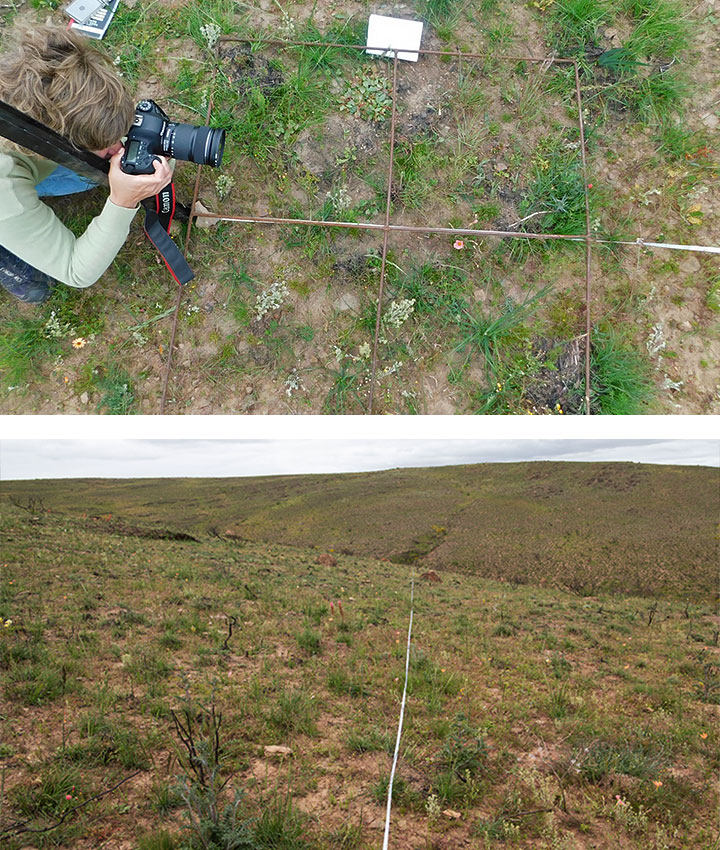 Furthermore, a third of plant species found in Renosterveld are endemic to the Cape Floristic Region, highlighting the uniqueness of these extraordinary ecosystems.

What we do know is that a significant proportion of Renosterveld plant diversity is found within the geophytes and annual plants, so if biodiversity surveys (or environmental impact assessments) either exclude these taxa or survey during seasons when they are dormant, then the diversity of the Renosterveld vegetation may be significantly underestimated.

Further floristic survey work across all seasons, particularly in Renosterveld in the winter rainfall areas with high levels of geophyte and succulent endemism is crucial in building our knowledge of Renosterveld diversity going forward.

Ecosystems such as Renosterveld with high levels of plant diversity tend to have high levels of insect diversity, driven by parallel evolution of plants and specialist pollinators. We are only just starting to understand the complexity of plant-pollinator relationships in these highly biodiverse and imperilled ecosystems. 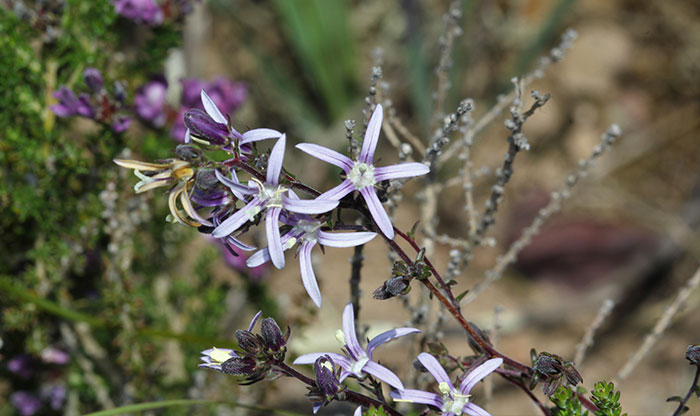 So why are ecosystems with high biodiversity a priority for conservation action? The higher the indigenous biodiversity of an ecosystem, the higher the level of ecosystem health and the better the chance it has of survival in the face of threats such as climate change or other human activities.

The Renosterveld of South Africa’s Overberg has one of the highest numbers of threatened species than any other ecosystem worldwide. This highlights that external threats are already impacting on biodiversity in these systems. 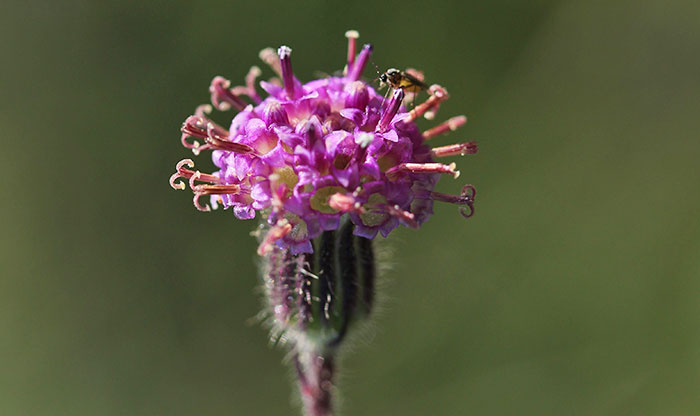 With the support of their funders and through partnerships with Renosterveld landowners, the Overberg Renosterveld Conservation Trust works tirelessly to protect Overberg Renosterveld and to slow ongoing habitat loss so that we have the chance to learn more about its extraordinary ecology and diversity. Please consider donating to support this vital work.